Warren Buffett, the master of “value investing”—meaning that he only makes long-term bets in companies that he’s familiar with (think Coca-Cola and Kraft Heinz)—is a major investor in Apple. His investment firm, Berkshire Hathaway, owns 5.5 percent of Apple. And even during Apple’s stock turmoil from late 2018 through early 2019 amid Wall Street’s doubts over the future of iPhones, Buffett remained a firm believer in the tech giant. However, the 88-year-old billionaire apparently isn’t familiar with Apple enough to fluently use an iPhone.

Instead, he still rocks a vintage flip phone that’s currently available on eBay for $30.

“Here’s my phone, incidentally. Alexander Graham Bell lent it to me and I forgot to return it,” Buffett joked when showing off his Samsung SCH-U320 during a talk at the Gatehouse’s Hands Up for Success luncheon on Thursday.

But we know that Buffett does own an iPhone X. He just hasn’t set it up yet.

“A fellow sent me an [iPhone] X the other day, but I’m not using it yet,” Buffett told CNBC’s Squawk Box last May. “Very nice fellow. He even explained it. I think he pretended he was writing to a three-year-old child. He wrote me this very nice letter and explained what to do with it—how it wouldn’t bite me or anything like that. I’m kind of screwing up my courage here, and one of these days, I’ll move.”

It’s not crazy to think that the “nice fellow” Buffet mentioned could be Apple CEO Tim Cook, since he has said that he’d be happy to help Buffett set up a new iPhone. “I told him I’ll personally come out to Omaha and do tech support for him,” Cook said in a Bloomberg TV interview last year.

Buffett has said that he invested in Apple not for its short-term financial situation or specific products, but because of its “position in consumers’ minds” and the tech “ecosystem” it has created.

Although he was uncertain about Apple’s streaming service and paid news content strategy announced earlier this week, Buffett figures that, for its size, Apple can “afford a mistake or two” when entering into new markets, he said on Thursday.

Below is the full video of Buffett’s talk at Thursday’s luncheon. 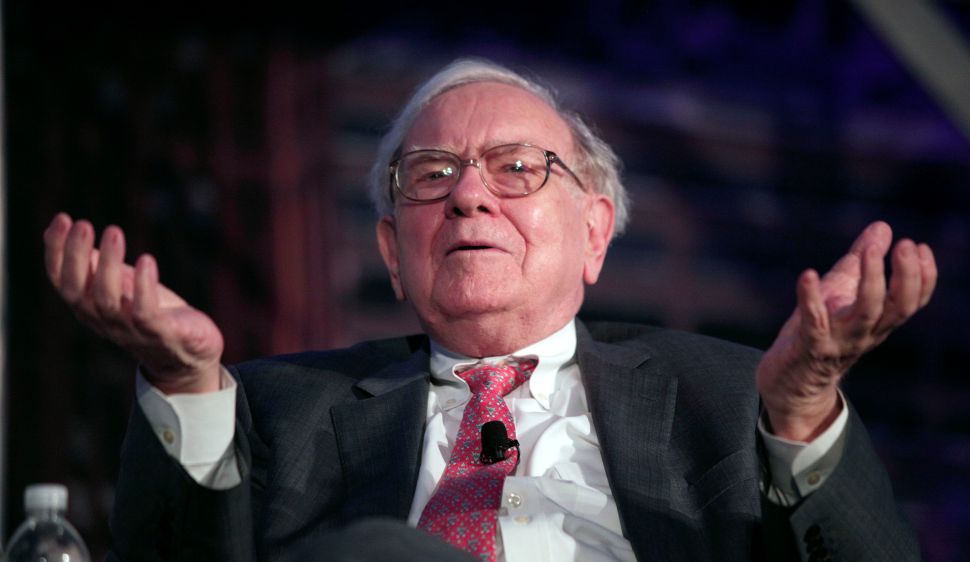