Every March, the NCAA college men’s basketball tournament, dubbed “March Madness,” results in billions of dollars of lost productivity in American offices. Many companies even set up internal bracket pools to make the distraction more fun. And no boss is more invested in this annual feast than billionaire investor and longtime basketball fan Warren Buffett.

Here’s Buffett’s offer for this year’s NCAA tournament: Successfully predict all the teams that play past the first two rounds—in other words, make it into the “sweet 16″—and win $1 million a year for life.

You read that right. That’s $1 million every year for as long as you can live.

Even better, if either of Buffett’s two favorite Nebraska teams, the Creighton Bluejays or the Nebraska Cornhuskers, end up winning the tournament, he will double the prize.

To qualify, though, you need to be an employee of Buffett’s investment firm Berkshire Hathaway or one of its subsidiaries, such as Geico or Dairy Queen.

“All you have to do is get through the first bracket to win $1 million, assuming nobody else wins at the same time,” Buffett said in a CNBC interview in February.

If more than one person guess the “Sweet 16,” they will have to split the $1 million-a-year prize for the rest of their lives. On the other hand, if no one submits a perfect bracket, then whoever lasts the longest into the tournament without missing a pick will win $100,000.

Past office pools have shown that guessing all 16 teams isn’t easy, even for Berkshire Hathaway’s top market predictors. Last year, no one won the $1 million jackpot, and eight people who got the closest split the $100,000 consolation prize.

In 2014, Buffett experimented with a public March Madness pool, dangling a whopping $1 billion prize for anyone who could guess a perfect bracket throughout the entire NCAA tournament. Buffett didn’t pay out anything, since the task was practically impossible. Per one estimate, the chance of picking a perfect bracket is less than one in 2.4 trillion.

The first round of this year’s March Madness kicked off Thursday afternoon. And the “sweet 16” teams will be revealed before next weekend. 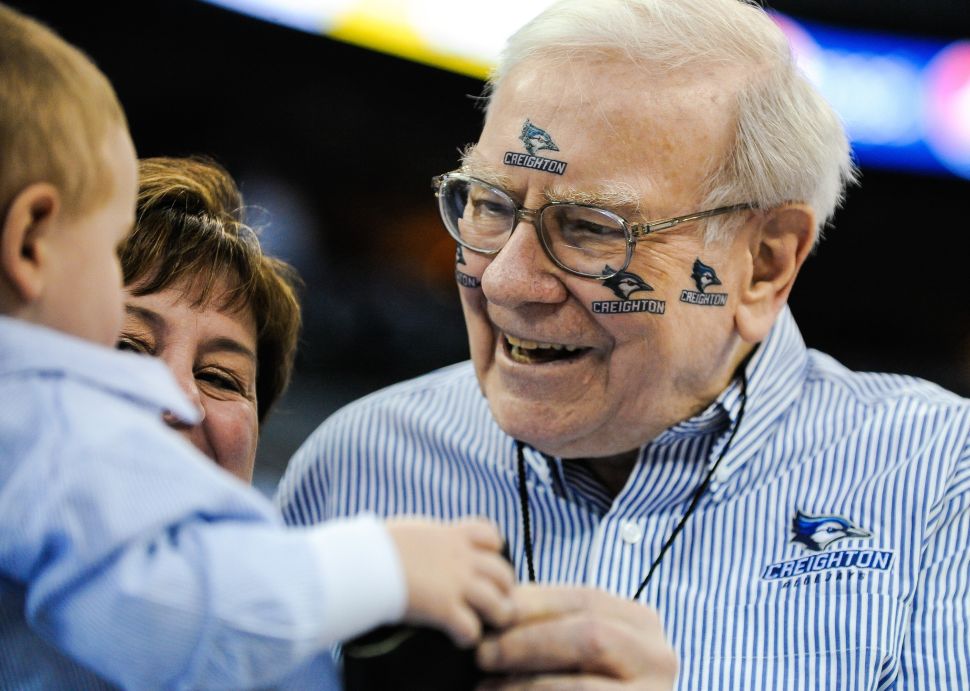