After dominating the co-working space scene for years, WeWork (now known as We) has its eye on food startups.

The space-leasing startup is debuting what it’s calling WeWork Food Lab, a space for food innovators to gather and work.

Food Lab will launch under We’s “Labs” subsidiary, and will be a “workspace and global platform dedicated to startups impacting the future of food,” the company said. “We’re building a community of entrepreneurs, industry experts and investors to fix food, now and for the future. Food Labs offers two programming tracks—Food Labs Membership and the Food Labs Accelerator.”

Food Labs will also include an accelerator program, which will invest in and support participating members scale their growth. “WeWork Food Labs will invest over $1 million in food and agriculture startups through the Food Labs Accelerator,” the company stated, going on to say that WeWork’s investment is meant to help startups focus on “critical issues within the food industry, advancing solutions in an expedited timeline.”

Memberships for joining New York City’s Food Labs will start at $300, which includes access to a dedicated space and “Hot Desks, Dedicated Desks, & Private Offices,” along with other WeWork standards like conference rooms and phone booths. But the main draw of joining Food Labs will be the events, WeWork Lab’s global head Roee Adler told Eater.

WeWork’s recent interest in the food scene comes at a time when the company—currently valued at $47 billion— is rebranding to reflect its influence beyond just co-working. And this goes much further than just sponsoring the casual food-related event.

Last summer, the company announced its effort to go plant-based by banning meat products from its spaces’ events, a move that it says will reduce its environmental footprint. 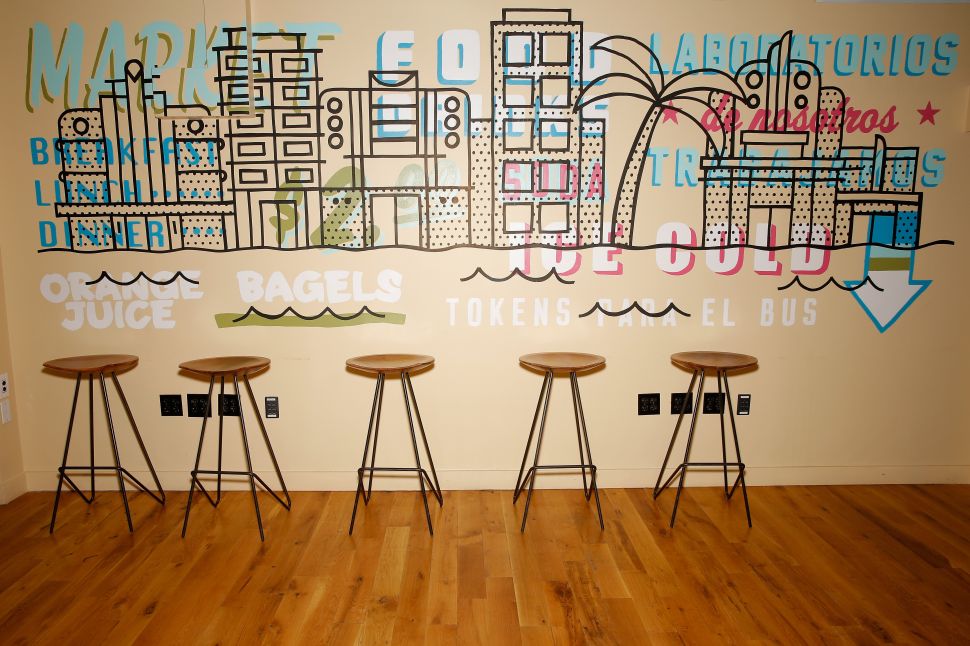