Amid reports of major net losses during its last quarter, WeWork is not giving up on its quest to dominate the real estate market.

In fact, while the company was a trailblazer in helping create the millennial-approved office lease model, the company is now hoping to attract larger tenants in the hopes of finally turning a profit after almost a decade since its founding.

WeWork, or We as it now styles itself, has been looking to partner with corporations to provide their employees hip offices. This will include major fortune 500 companies that want to use WeWork’s quick building overhaul and management that it’s become known for, which in turn helped its inflated valuation. Currently valued at $47 billion, it’s easy to see why the company’s “house of cards” reputation remains a blemish on its business strategy.

After the aforementioned net loss of $1.93 billion the startup suffered in 2018 due to its rapid expansion, it makes sense that We can no longer solely rely on its current young tenants to break even despite its growing revenue. This could also explain its overseas expansion, from which the company announced that a whopping 43 percent of its revenue came in 2018’s Q4. This growth is also a testament to We’s vast accommodating amenities, the company says.

“We can offer you everything from a desk to an office to your headquarters or an entire fleet of buildings,” We president and CFO Artie Minson told The Wall Street Journal in the wake of Q4’s earnings announcement.

But all this, coupled with the recent scandals of its CEO Adam Neumann, has industry watchers worried about We’s aggressive rebranding strategy. WeWork’s current interest in expanding into everything from retail shops to college campuses to food industry incubation signals a potential bubble in the co-working space category. The company recently launched its Labs venture, an in-house accelerator that includes Food Labs for food-based startups, in hopes of attracting more diverse clients into its spaces. 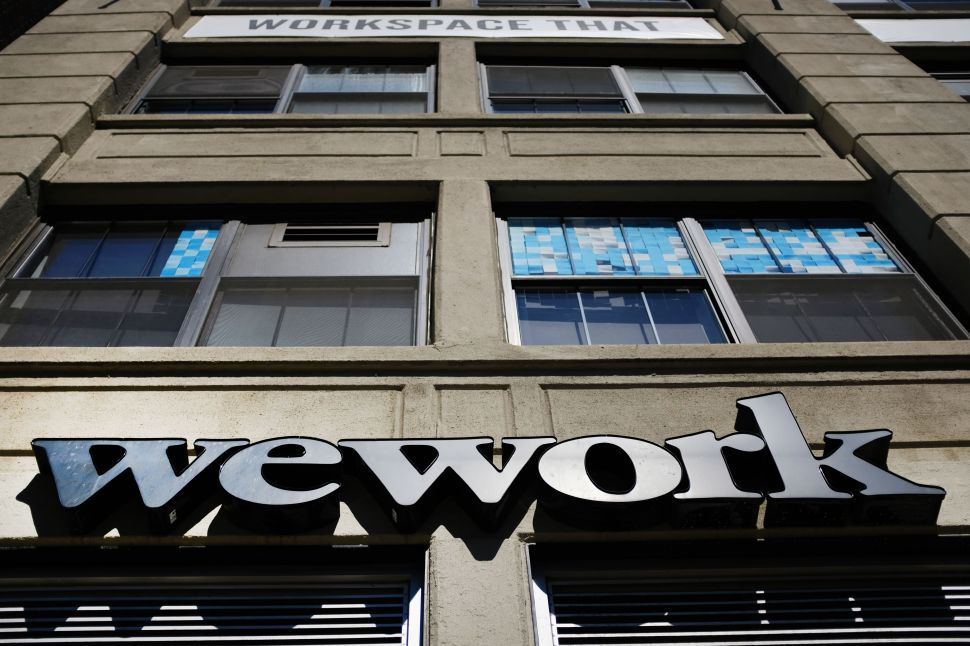