The Walt Disney Company is swallowing up 21st Century Fox. AT&T recently acquired Time Warner. Netflix is spending more than $10 billion on content per year while mammoth conglomerates such as Amazon and Apple follow suit. Everywhere you look in the entertainment industry, companies are trying to get bigger and broader as they seek out the next blockbuster hit. But amid the Cold War–esque arms race for mainstream bombshells like Game of Thrones or Stranger Things, FX is betting on a series inspired by a tiny 2014 film that earned a whopping total of $6.9 million at the worldwide box office.

The movie version of What We Do in the Shadows, written and directed by Taika Waititi and Jemaine Clement, was an immediate critical darling when it premiered at Sundance five years ago, and has since grown into a cult classic. But it’s the type of small, self-contained project Hollywood seems to be eschewing these days. With FX set to receive a hefty infusion of resources from Disney, no one would be surprised to see the basic cable network shelling out big bucks on home-run swings, but after speaking to the show’s executive producers Waititi, Clement and Paul Simms at SXSW, it’s clear that FX is intent on remaining a careful curator of high-end content. Fortunately, what we’ve seen of What We Do in the Shadows (critics were given the first three episodes) is delightful and endearingly weird—a nice little addition to the channel’s already impressive roster.

“That’s what FX does,” Simms told Observer. “When you say ‘personal shows,’ you think more like Louie or Better Things, but this is personal in the way that it feels homemade and handmade and original. That’s what people go to FX for, and I think they still will even after it gets gobbled up by Disney. Not everything can be Game of Thrones, nor do they want to be Game of Thrones.”

Given its vampire-driven plot lines, What We Do in the Shadows is a genre effort, but that particular genre that has proven to have a broad appeal. Waititi notes that the sci-fi and fantasy “has always been big in some kind of way, as far as I can remember.” But rather than focusing on massive action-set pieces and large-scale battles, Shadows celebrates small scenes of hilarity and depicts what Clement describes as “emotional sad moments.”

“I was just thinking of what the tagline should be: Life is long,” Clement joked. “People trying to do things because life is short and they don’t have that time-frame-wise. They’re very human, the characters, and they’re always trying to do things.”

Waititi added, “You can procrastinate a lot more if you know you’ve got forever. You can always put something off. And none of them are experts on anything, really. A major character hasn’t gotten over a boyfriend even though that boyfriend’s died many times and come back. Sometimes couples have to end a relationship and they come back, but for a vampire, what if it’s 400 years that this has happened over and over?”

It is those vignettes of everyday life and slices of relatability that make What We Do in the Shadows work—that and the laugh-out-loud comedy. Against the backdrop of an aggressive scale-up in scope and ambition throughout the industry, the show is a refreshing and uniquely silly series that audiences will enjoy. And for committed fans of the original, Simms promises some pleasant surprises: “If you like the characters from the film, by the end of the season, you’ll be very happy.”

What We Do in the Shadows premieres March 27 on FX. 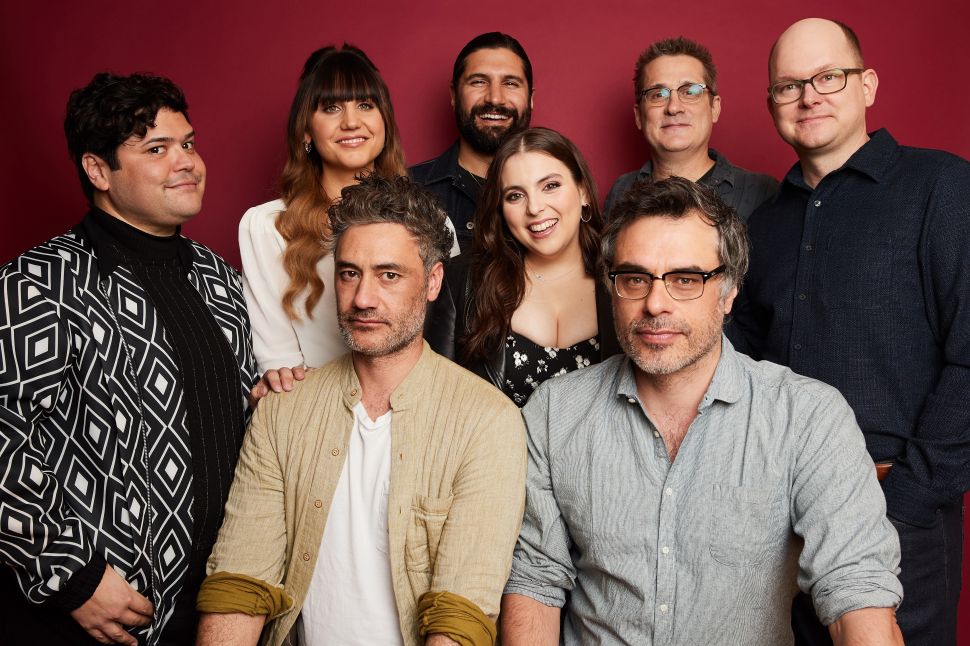