On Tuesday, Starbucks officially announced the introduction of a new menu item called the Cloud Macchiato, a drink that is currently available to order in all store locations across the United States and Canada, and which will stand as a permanent addition to its lineup. The juggernaut coffee chain is also getting an assist in their product launch from none other than Ariana Grande, an artist whose merchandise already aligns with the name of this Starbucks drink: Last September, she debuted a fragrance in partnership with Ulta Beauty called Cloud Eau de Parfum.

Grande, who recently became the most followed woman on Instagram and is currently one of the world’s biggest pop stars, announced her collaboration with Starbucks by declaring herself a “#starbucksambassador” and hanging out with her dogs on Twitter. (Sadly, Piggy Smalls was nowhere to be seen.)

So what’s in the Cloud? The beverage itself is reportedly a moderation on the long-beloved Caramel Macchiato, a recipe that includes espresso, steamed milk shot through with vanilla syrup and a caramel topping. The Cloud drink, which is available in cinnamon and caramel flavors and can be served iced or hot, is similar, but the difference can largely be found in the milk product, which a Starbucks press release referred to as “a cloud of cold milk foam that’s light and smooth.”

CNN Business journalist Danielle Wiener-Bronner reported that this “cloud” mix was developed by Starbucks, and that the powdery substance is comprised of milk and egg whites. “Starbucks drew inspiration from a Spanish drink called leche merengada, or ‘merengue milk,'” Wiener-Bronner explained.

It’s easy to see why just about any brand in the world would want Ariana Grande to hawk their wares, but Ari’s interest in propping up the coffee proprietors is less clear given her apparently considerable net worth. We do know that the Starbucks launch coincides with International Women’s Day, so there’s that.

It’s also possible that Grande is simply an enormous fan of sweet caffeinated beverages, but one shouldn’t underestimate the satisfaction of watching your personal aesthetic permeate the world in unexpected ways. (Observer has reached out to Grande’s representatives for a comment but is still waiting to hear back.)

Great artists understand their fans, and Grande knows that her devoted followers will eat up everything she puts in front of them, in this case literally. Celebrity beverage endorsement crossovers are nothing new, but her fragrance name matching a Starbucks drink name is perhaps unprecedented: Now you can dress like Ariana, smell like Ariana and drink like Ariana. 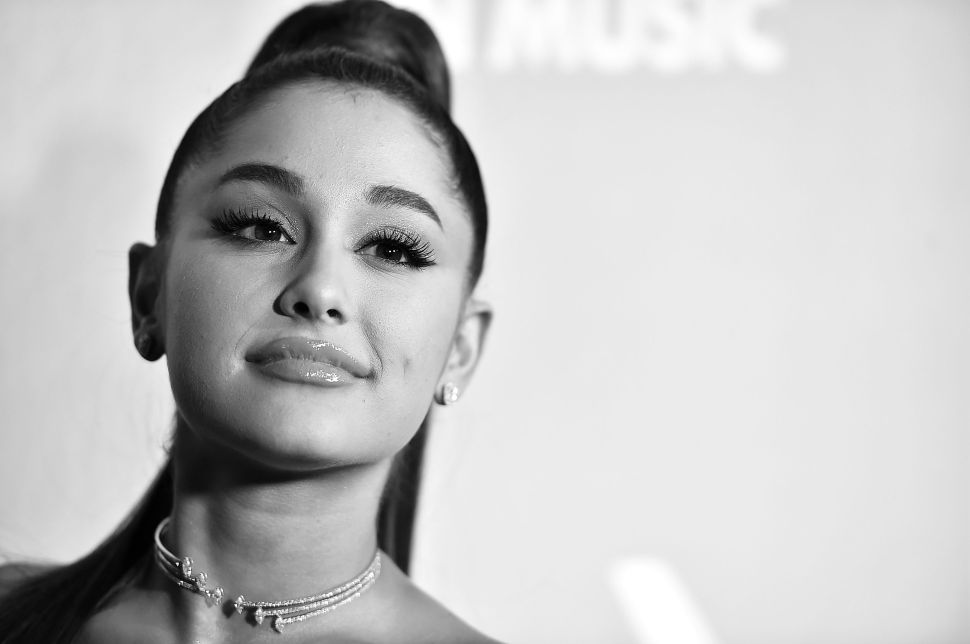