Brent Hodge had one worry directing a documentary about “Who Let the Dogs Out?” It wasn’t uncovering the characters involved in the song’s secret, troubled history and it wasn’t if anyone would watch the movie. No, what worried Hodge was sitting in the editing bay, cutting scenes and possibly slipping into insanity hearing “Who Let the Dogs Out?” looped over and over again, like a wind-up toy that never stops turning.

Yes, even the guy who made the definitive movie about the most overwrought and overplayed novelty pop hit of the 2000s wasn’t a fan.

“I hated it,” Hodge admitted. “It’s the most annoying song in the world.”

To be fair, the Baha Men weren’t exactly fans at first either. When the group’s manager Steve Greenberg approached them about recording “Who Let the Dogs Out?,” Baha Men founder Isaiah Taylor originally refused. Taylor, the group and everyone else in the Bahamas already knew the song. It was called “Doggie,” written and recorded by Anslem Douglas, and had blown up thanks to its raucous reception at Carnival, the Bahamas’ annual junkanoo street festival. Anything the Baha Men recorded would be a cover, and they weren’t a cover band. Plus, how much bigger could the song even get?

“I cannot and will not even try to take the credit for the song,” Taylor told Observer. “All the credit I would have to give to Steve Greenberg. When he called me and asked me about the song, I asked him if he was crazy. All he said to me was try it once. If you do this one song, you could do whatever else you want to do.”

With that compromise, the Baha Men acquiesced, and so we go tumbling down the rabbit hole that is Hodge’s film. A whip-smart documentary that practically plays at 1.5x speed, Who Let The Dogs Out? leaves audiences shocked, amused and somehow smarter than they were before. Spanning three different countries across three different decades, the matryoshka doll of a film glimpses into the gnarled knots and broken hearts commensurate with show business, attempting to unpack the mythos of artistic vision and the inner workings of copyright law. Hodge may say it’s “an unnecessary film that no one asked for,” but damn if it isn’t one hell of a ride.

Our conductor on this crazy train through Dogville is Ben Sisto, the world’s leading expert on “Who Let the Dogs Out?” The film retraces Sisto’s nine-year journey researching the song, which started when he read the Wikipedia entry for “Who Let the Dogs Out?” and noticed a missing citation. He was unemployed and smoking a bunch of weed at the time, so he decided to fix it. We follow him to a London hair salon, where the hook was first discovered by those who realized its pop hit potential, like Greenberg, and eventually end up in a Little Caesar’s in Jacksonville, the site where two Florida teens originally scribbled the infamous hook on a breadstick to-go bag. Among the nearly dozen characters who allege songwriting credit along the way, half of them end up suing each other and destroying friendships in the process; a few simply couldn’t afford to sue.

Here represents the documentary’s, along with Sisto’s, ultimate ploy—you feel terrible that these people got screwed over on a song you’d gladly never hear again in your life. You wonder how does this happen? Why is copyright law so baroque and obtuse? What even is IP in the social media age, the era of file-sharing and DIY aesthetics and audience expectations of free content? You watch knowing that nowadays a song with this juicy of a past, one with so many lawsuits and eccentric characters, would’ve received the nonstop attention of tweets and memes, much like the copyright controversy of Robin Thicke’s “Blurred Lines.” But a song with the global popularity of “Happy Birthday” and “Hallelujah” somehow escaped that attention.

“On a very fundamental level copyright and IP, as we understand them, only function within a very specific type of a post-Fordist info economy capitalism,” Sisto told Observer. “And I don’t think that that system is going to be around forever. I don’t think that copyright is going to be around forever. So it’s interesting to think about this sort of 20th century blip of how we put a toll on the public sharing of information, and its both economic benefits and problems.”

Or as producer Aly Kelly simply put it, “Who owns art is the thesis of the movie.”

In Who Lets The Dogs Out?, Hodge niftily balances a tightrope equation of “how much is this a white paper and how much is this an entertaining movie,” something he admits was a struggle. His feat is mightily impressive; he’s made the perfect explainer documentary for our culturally-appropriated times, all while keeping audiences engaged and laughing.

This won’t come as a surprise for anyone who’s followed Hodge’s career. He openly wants to occupy a new genre of nonfiction film he’s calling “comedy docs”—something with a funny hook, but sneakily educates viewers on an issue they’d otherwise ignore. You see this in Hodge’s A Brony Tale, an exploration of 21st century masculinity through the men obsessed with My Little Pony, and I Am Chris Farley, a portrait of the Saturday Night Live funnyman that spotlights the consequences of fame. Who Lets The Dogs Out, a movie as incredulous as it is informational, is a natural progression for Hodge.

“A [traditional] comedy is written and it’s funny and it’s a situation that you may have been in with your friends, but this is real life,” Hodge told Observer. “Like this song happened and it had a life and it had a copyright issue, it had people. There’s a real world that happened in the year 2000 that we were all a part of, whether we knew it or not.”

A subtext of the film is how “Who Let the Dogs Out?” evolved from a masculine war cry to a feminist empowerment anthem, and how that transition sparked its popularity. Though football teams in Dowagiac, Michigan and Austin, Texas claim they first let the dogs out, a whole nation wasn’t standing at attention when they did so. Only when Anslem Douglas had tired of hearing women called “skettels” (loosely meaning sluts) and all the derogatory objectifying emanating from the 1990s Miami bass scene, did he create “Doggie” as a feminine call to arms. To let the dogs out became something negative, something to push back against, instead of something to glorify as it did in its earlier incarnations.

But Douglas’ version mostly only makes sense in a Caribbean dancehall setting. It’s still fun and grooves, but you understand why “Doggie” didn’t blow up across the world over. It wasn’t meant to. Only in the hands of the Baha Men and the marketing genius of their manager Steve Greenberg did something crystallize to capture the ears of everyone, even if they didn’t know what the song meant, how it got to them, or found it absolutely annoying.

The song’s achievement, as the documentary positions it, is that no one really owns it anymore. It belongs to pop culture, to us, in a way few songs ever actualize; whether you like it or not is kind of besides the point.

“There’s one thing you must understand in life,” Baha Men leader Isaiah Taylor said. “Do not expect for everyone to like or love what you do because that’s highly impossible. You are going to have positive, you’re gonna have negative, and they all work together. There’s absolutely nothing that you can do about it.” 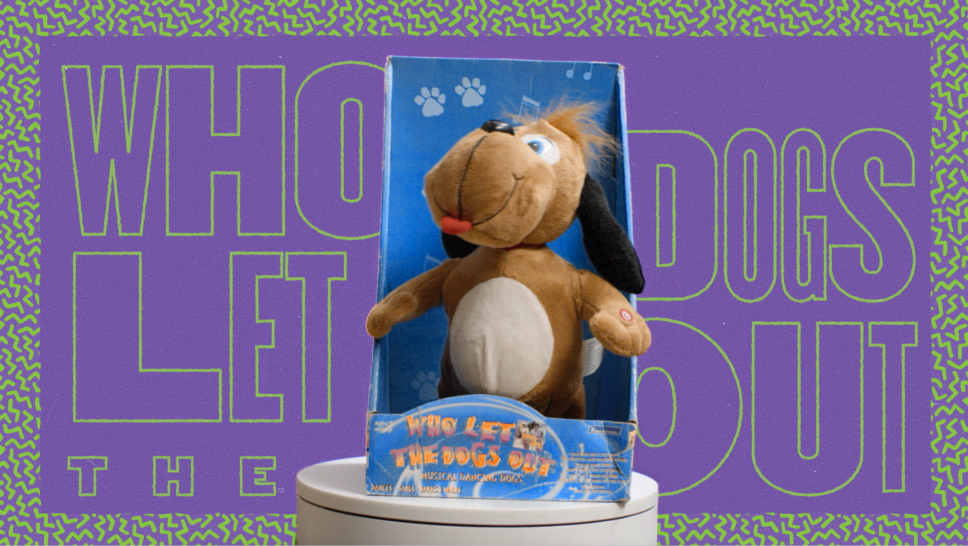