Musicians have always been known for coining distinctive phrases (Elvis’s “Thank you, thank you very much”), dance moves, and imitable little expressions of individuality (KISS band members sticking their tongues out) that become enmeshed with the rest of the artist’s identity. In some cases, it’s easy to prove that the artist is the actual originator of the phrase in question, but in others, the question of who exactly has the right to lay claim to the financial benefits of its popularity is harder to answer.

On Friday, Rolling Stone reported that Grammy award-winning rap-pop crossover superstar Cardi B has filed an application to trademark the word and vocal intonation “Okurrr,” a trilling sound that’s become so synonymous with her brand that it served as the title of her blockbuster 2019 Pepsi Super Bowl commercial. In the ad, Cardi actually helps teach a crowd of unsuspecting diner customers how to pronounce the exclamation while similar-sounding pigeons coo outside.

Additionally, Cardi also submitted a supplementary application that would also blanket her rights to misspellings of the word. In terms of “Okurrr,” she wants an apparel trademark that would take care of “T-shirts, sweatshirts, hooded sweatshirts, pants, shorts, jackets, footwear, headgear, namely hats and caps, blouses, bodysuits, dresses, jumpsuits, leggings, shirts, sweaters and undergarments.” The rapper and new mom is certainly not the first celebrity to attempt to capitalize on her non-musical idiosyncrasies, but interestingly, few have actually been successful in their attempts to do so.

The incredibly business-savvy Taylor Swift is notorious for her wide-ranging attempts to trademark key phrases from her albums, no matter how mundane. When her 2014 album 1989 came out, she filed an application to trademark “Blank Space” and “Nice To Meet Ya, Where Ya Been?;” a song title and a song lyric, respectively. She repeated the practice for her 2016 album Reputation, as well: she applied to trademark the lyric “The old Taylor can’t come to the phone right now” and the song title “Look What You Made Me Do.” As Billboard reported in 2017, only a few of Swift’s applications have been successfully approved to be used on clothing and stationary, and those confirmations took years to go through.

And then there are the celebrity super-parents looking to protect their children’s brands. Beyoncé and Jay-Z filed an application to register their daughter Blue Ivy Carter’s name as a United States and international trademark in 2012, but that attempt eventually went nowhere, according to The Fashion Law. Nevertheless, they made a similar (and similarly unsuccessful) trademark attempt years later after the birth of their twins, Sir and Rumi Carter. Kanye West and Kim Kardashian have followed suit in this respect: they’ve tried to register their children’s names (North West, Saint West and Chicago West) with the U.S. Trademark and Patent Office.

It might seem odd that so many big-time and influential celebs have been turned down, but the reason is actually fairly straightforward. “In accordance with U.S. law, before a party may be granted a trademark registration, they must be able to show the USPTO that they are actually using the trademark,” The Fashion Law explains. Some of the applications filed by Swift, the Carters and the Kardashian clan might then have been too premature, and so were subsequently rejected. Therefore, if Cardi B wants to reap the profits from “Okurrr” branded sweatshirts, it might be in her best interest to start manufacturing the garments sooner rather than later. 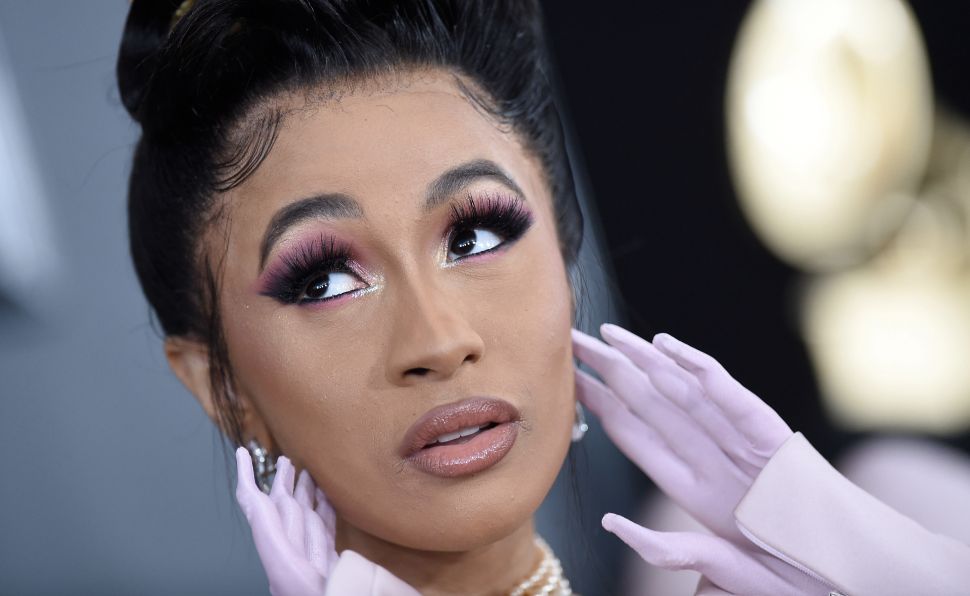