For better or for worse, Alex Rodriguez is a New York City legend. You get to be that way if you log 22 seasons as a Major League Baseball player while spending your peak years as a star for the Yankees—even if your career was marred significantly by public scandal related to your use of performance-enhancing drugs. For non–New Yorkers, A-Rod was a paragon of narcissism, undue hype and the destructive consequences of hubris. For Yankee fans, he was a hero, a larger-than-life control freak with the stats to back up his defiant braggadocio.

Now, years after his retirement from the national pastime, Rodriguez seems to be a new man. This transformation is due in no small part to his relationship with his fiancée, superstar pop artist, actress and producer Jennifer Lopez. Rodriguez’s pivot from baseball’s Darth Vader to rapturously-in-love Instagram Boyfriend may not have been seamless, but it has been impressively calculated and somewhat remarkable to watch.

What a celebration! When you think about the origin of Motown, it begins with the vision Berry Gordy had 60 years ago, which was to create and celebrate music that spoke to everyone, regardless of race, gender, politics or preference. Berry broke through boundaries and broke down barriers, all through the magic of music. . I was so proud of @jlo's performance tonight at the #Grammys, which in some ways brought her career full-circle. Many years ago, Benny Medina was an assistant to Mr. Gordy. The master of Motown also acted as a mentor to Benny, who went on to his own amazing success producing shows and has been like a brother and partner to Jennifer for more than 20 years. One of Jennifer's first musical inspirations was when her mother, Lupe, introduced her to the songs of the legendary Smokey Robinson, so having him in attendance was also special for her and a treat for all of us. . We were so fortunate to have dinner with the likes of Berry, Smokey, and others like LA Reid, Grammys Producer Ken Ehrlich and so many who have helped use the power of music to unify the world. . Fittingly, it was Berry Gordy who had the line of the night. He said, “When I started Motown 60 years ago, it was meant to be colorless and for all people.” . Berry, no one has done it better.

Seasoned pro interviewer David Marchese recently caught up with A-Rod for The New York Times Magazine and asked him point blank whether he’s consciously been trying to build a new brand for himself; given that Rodriguez apparently taught a class at Stanford Business School on “reputation management,” this is more than a fair question.

“Today I showed up here with you, and I didn’t know anything you’d want to talk to me about, and I’d rather have it be that way,” Rodriquez answered. “Before, I would have studied for six months before sitting down with you. I wanted to be more buttoned-up and have done due diligence and seen what your angle was. Now I just trust we’re going to have a good conversation, and I go for it.” See, guys, he’s so much more relaxed now!

A-Rod’s comments on Lopez are perhaps a bit predictable, but nonetheless sweet. “I’ve never met anyone who’s more honest,” he told Marchese. “She’s so authentic and genuine. It was strange to see someone of such magnitude be so normal, be such a great mother and partner and friend. How can you be like this and then go perform in front of 80,000 people? But that’s her superpower.”

“The other day, Jennifer said something brilliant at, like, 2 in the morning,” Rodriguez added later. “I reached over to get my notebook, and everything falls on the floor. Then I grabbed it and wrote it down… It was about Mariano Rivera. She said, ‘Mo getting 100 percent [of the votes to be inducted into the Baseball Hall of Fame] tells you more about his greatness off the field than it does on the field.’ I thought, That’s so true. I played with him all these years, and I couldn’t have come up with that.”

The bottom line is that Rodriguez’s earnest love for his soon-to-be-wife could be a good thing for all of us. Haters may reconsider the once-loathed athlete now and actually find him cuddly. And hey, there’s nothing wrong with changing and becoming a better man. A-Rod just seems to have perfected the art of doing so under the watchful, not-always-forgiving public eye. 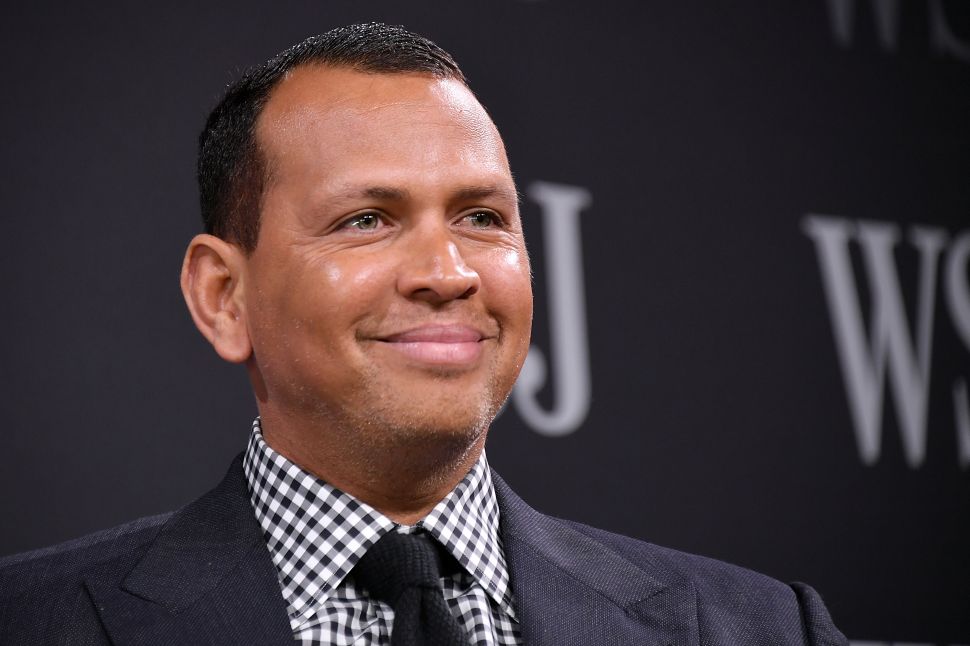