Get your bucket list out. This might be the closest you’ll get to “live life for a night like Beyoncé and Jay-Z.” Airbnb is running a contest through April 12 to bring a grand prize winner and their friend to the Louvre for an evening of unrival-able art-revelry. This promotion is the latest edition of Airbnb’s Night@ series, which has previously brought visitors to Dracula’s Castle, a Lego house and elsewhere.

Winners will sleep under the stars, kind of, in a subterranean glass pyramid mimicking the museum’s famed structures designed by I.M. Pei. The night begins with the museum’s celebrity tour that’s typically provided to people like Queen Bey and the Obamas. Afterward, guests roam freely, with some of the more iconic exhibitions arranged to resemble typical living spaces.

The gallery housing the Mona Lisa will be decked out in a midcentury den vibe, replete with a record player for vinyl atmosphere and bar cart for making drinks. Dinner will take place under the vacant gaze of the Venus de Milo.

“We are happy to offer this unique and special experience for two people to stay in the museum overnight,” Anne-Laure Béatrix, the deputy managing director of the Musée du Louvre said in a statement. “We know that many people would love the opportunity to wander alone at night through the Louvre and we want this to be a magical and unforgettable experience.” (Though you won’t be too alone; the museum will of course be guarded, and this is once instance where Airbnb guests should be adequately prepared to have cameras following their movements, so, you know, no licking the artwork).

The winner will be chosen on April 19, and notified by email the following day.

While the guide will certainly show off the museum’s greatest hits, the winner should keep in mind that they have a private audience in, perhaps, the greatest trove of cultural history in the world. As such, we’ve provided a few thoughts below on under-seen sights you should make sure to ask your guide to expound on.

Virgin of the Rocks by Leonardo da Vinci

The gallery containing the Mona Lisa has several works by Leonardo da Vinci that are more interesting, although less famous. While you should definitely take advantage of the crowdless space to appreciate the museum’s star attraction, be sure to mosey on over to the master’s Virgin of the Rocks. This ethereal work was the earlier of two known completed attempts Leonardo made at this scene. The one in the Louvre was rejected by the patron for being a bit too intense, while its follow-up hangs in the National Gallery in London.

The Charging Chasseur by Theodore Géricault

Géricault is best known for his massive and morbid portrayal of hopelessness and cannibalism, Raft of the Medusa, which also hangs in the Louvre. The discerning viewer should take the chance, however, to find his The Charging Chasseur to better understand the series of cultural upheavals enveloping France that trailed the French Revolution and then the end of Napoléon’s empire. Géricault created the Chasseur as a way to get the critical acclaim that he so desperately craved from his artistic contemporaries. Chasseur, however, was well-received but too politically controversial to garner the praise he sought.

Portrait of a Black Woman by Marie-Guillemine Benoist

Benoist was one of the few women to attain a professional art career in the male dominated and largely misogynist 18th/19th century French art scene. Like Géricault’s Chasseur, Benoist’s Black Woman was controversial when it premiered in the early 1800s. Napoléon’s early efforts to forge a militaristic empire included bringing France back into the slave trade (the Revolutionary government had nominally ended slavery in every France-held territory). For Benoist to paint a Black woman with such honesty and compassion ignited a confrontation in the French art world over whether the country should, as Napoléon desired, reenter an involvement with slavery.

Statue of Death from Saint Innocents Cemetery by Unknown

There’s a ton of really weird and borderline frightening artwork alongside all the glittering and beautiful stuff on view. If your aesthetic includes The Texas Chainsaw Massacre, then you can’t miss Statue of Death. This work once stood in Parisian Saint Innocents Cemetery, which housed mass graves from the middle ages through the 1780s. When the graveyard became overcrowded, the bones were moved to catacombs and this statue was absorbed within the Louvre. Statue of Death will add that thrill that balances out the refined works of Renaissance and Romantic masters.

Before the Louvre was a museum, it was a castle in the middle of Paris. The structure itself evolved into an administrative site that still houses some of the government. While a castle, the Louvre was known for its dungeon housing prisoners who’d committed all manner of heinous crimes. Visitors today can view a bit of the dungeon as well as portions of ye olde moat. Given that this is your once-in-a-lifetime overnight stay in the Louvre, you should really see if your guide will be cool and show you around bits of the dungeon that normal visitors don’t get to see. Some say it’s haunted, so it’d pair nicely with the Statue of Death right before you bed down for shuteye.

Venus of Arles by Praxiteles

This sculpture offers a more complete look than the Venus de Milo at how dexterous and delicate ancient Greek sculpture could render the human form. The Arles’ sculptor, additionally, was one of the most renowned artists of his era. Another great example of this kind of statuary is the Diana of Versailles, a well-preserved Roman copy of an ancient Greek statue, as well as the Poseidon of Melos. Having the chance to view any of these works will ensure that your time in the Louvre is as well-rounded and grammable as possible for this once-in-a-lifetime experience. 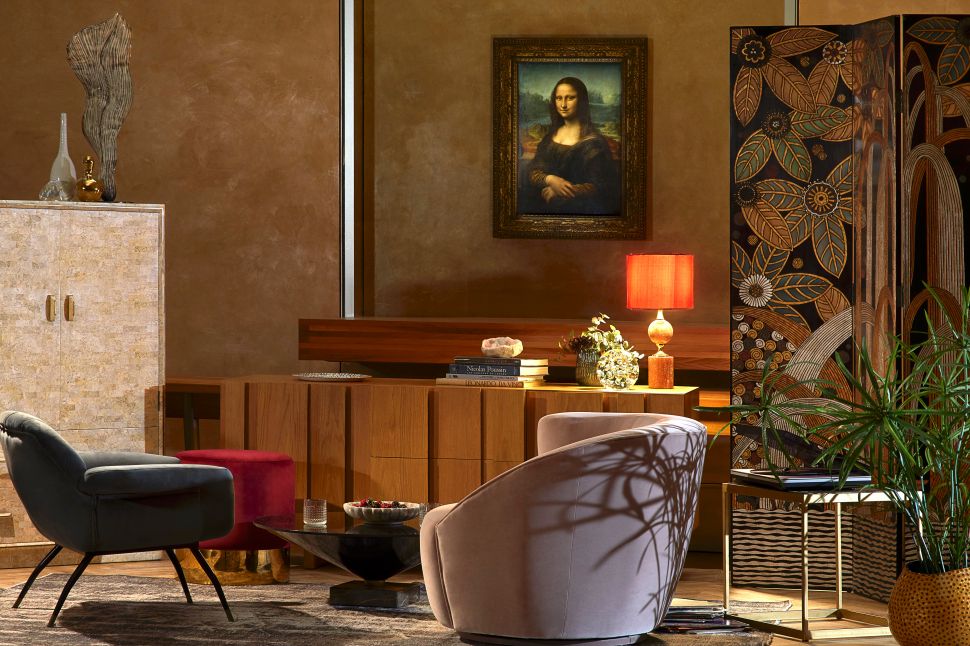