At 21, Amanda Gorman is already finding the 150 characters Instagram allows for a bio too little room to list all the achievements she’s racked up. And though she’s a wordsmith, the college student also doesn’t want to let a collection of words sum up what she’s creatively pursuing. “I think if you look past that and go through my videos and my posts, you’ll dig deeper into the depth of who I am,” she told Observer on a phone call from Madrid, Spain—she’s currently taking a semester away from Harvard, where she’s majoring in sociology, to study abroad.

While Gorman is best known for being the first Youth Poet Laureate of the United States (a title that was bestowed on her in 2017 and that takes up most of the space in her bio) and a contributor to the New York Times vertical The Edit, she said her practice is much more than penning sonnets suffused in social justice issues. “My family already knows I’m pretty interdisciplinary but I don’t think the world knows it yet,” she explained.

While Gorman has been writing for as long as she can remember, it was in the third grade when she had a teacher who had published books that she realized her love for writing “could flower into something much bigger.” At the time, Gorman was captivated by the words she found in novels and songs. And though she most loved the latter, no one in her family, including her, could actually sing, which she found incredibly frustrating. Still, she said, “growing up as a black girl with a speech impediment, who was raised by a single mother, having something that allowed me to express myself was really key.”

Though the early poems she penned focused on love, her first attempts at longer-form fiction mostly centered around “white girls with red hair and blue eyes, very Anne of Green Gables,” she recalled. This was until she discovered the work of Toni Morrison in middle school. “I realized then that stories could actually be about people who look like me.” It was in high school that she eventually read the poetry of other black women such as Audre Lorde and Phillis Wheatley, and started writing poems that commented on social justice issues such as intersectional feminism and race, which is the work she’s become most known for.

Now, after a few years in the spotlight, Gorman said she’s currently trying to touch on deeper personal experiences while also taking a more interdisciplinary approach. “When I think about what I’m most afraid to write about it’s about me and my life,” she said. “For a long time I’ve put up a wall around that so I’m trying to dig into that.” In this way, she sees her poetry as a means to explore the so-called “imperfect” pieces of herself, whether that’s her procrastination or her feelings around certain moments of suffering: “There’s a lot of things that make up the shape of who we are and rather than trying to change those parts, I’m just trying to invite them in and write them down.”

Although she is accustomed to performing in rooms that are in silence, waiting to hear her speak—which she said makes her feel “terrified but drunk with power”—Gorman is now working to incorporate music and movement into her pieces. For example, she recently collaborated with tap dancer Ayodele Casel on an improvised performance and on Wednesday, April 10, Gorman will help open The Women in the World Summit with a special performance alongside choreographer Sherrie Silver (who is responsible for the moves of Childish Gambino’s “This Is America” music video) at Lincoln Center. It’s slated to be a piece incorporating music, dance and  spoken-word about the power of girls and women.

Gorman is hoping that her future work will help bridge the divide between these mediums showing that they are essentially all means of expression, while at the same time, challenging the expectations put on her. “I’m always trying to remind people that I’m so much more than, you know, just a poet,” she asserts. “I haven’t even been a poet a long time in this short life that I’ve lived.” 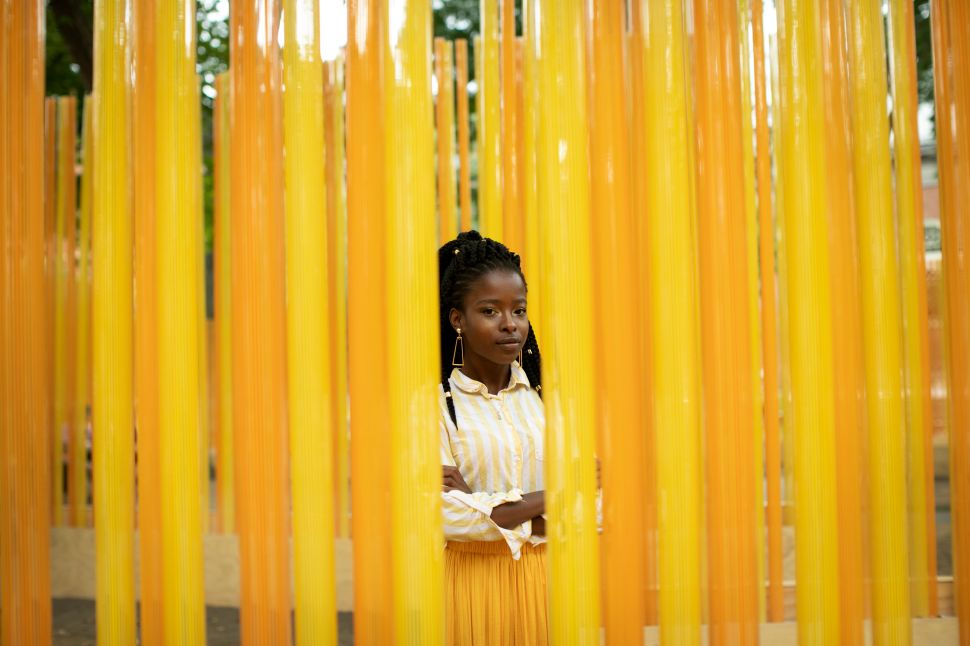