Since their release, Apple’s AirPods have enjoyed blockbuster success status.

But as the go-to choice of wireless headphones for finance bros and teens alike, Apple’s take on battery-powered ear accessories will soon face threats from lookalikes. This week saw both Apple’s Beats and Amazon announcing competitive earphones that could undercut the AirPods’ monopoly, which comes just weeks after Apple released their Siri-powered second generation AirPods.

As one of Apple’s biggest money makers—the company is expected to sell 80 million pairs of AirPods by 2020—others understandably want in on the profitable category.

First up is Amazon’s inevitable Alexa-powered earbuds, which will likely cost less than Apple’s $199 Siri version. Bloomberg reports that the tech giant is working on the pair through its hardware subsidiary, Lab126, which also builds Amazon gadgets like the Kindle and Fire TV. Apple’s AirPods are currently the best-selling in-ear headphones on Amazon, despite available imitations by third party makers. The company has yet to officially release a prototype or pricing details about their headphones, but the news signals that Amazon hopes to knock Apple’s popular accessory off the list by offering customers its own version. Not to mention, a pair of headphones can help solve Alexa’s inescapable obnoxious prompts, giving users a way to interact with the smart assistant without disturbing those around them.

But it’s not just Apple’s competitors that want to get in on the wireless, smart headphones game. Apple’s own Beats by Dre also has a pair set to hit the market next month. The Powerbeats Pro will offer up to nine hours of listening, as well as sweat and resistance and adjustable ear hooks, both features that the AirPods don’t offer. These perks will of course come with the high-end pricing associated with Beats; Powerbeats will retail for $249.95, $50 more than the latest version of AirPods.

Because Beats products have a bigger focus on sound quality than Apple’s own branded accessories, the decision by Apple to market this version makes sense. Beats’ heavy music industry influence can help it capture a different set of customers for Apple’s overall bottom line. Unlike AirPods, which have spawned countless nerdiness-associated memes, the Powerbeats will be aimed at hip customers who want their headphones to say more about them—essentially, “I care about music and sound quality” without the risk of looking silly in public.

With competition looming, it will likely take years to get a clear answer on who could win the wireless earphone war. For now, we can sit back and enjoy the hilarious AirPods memes clogging social media. 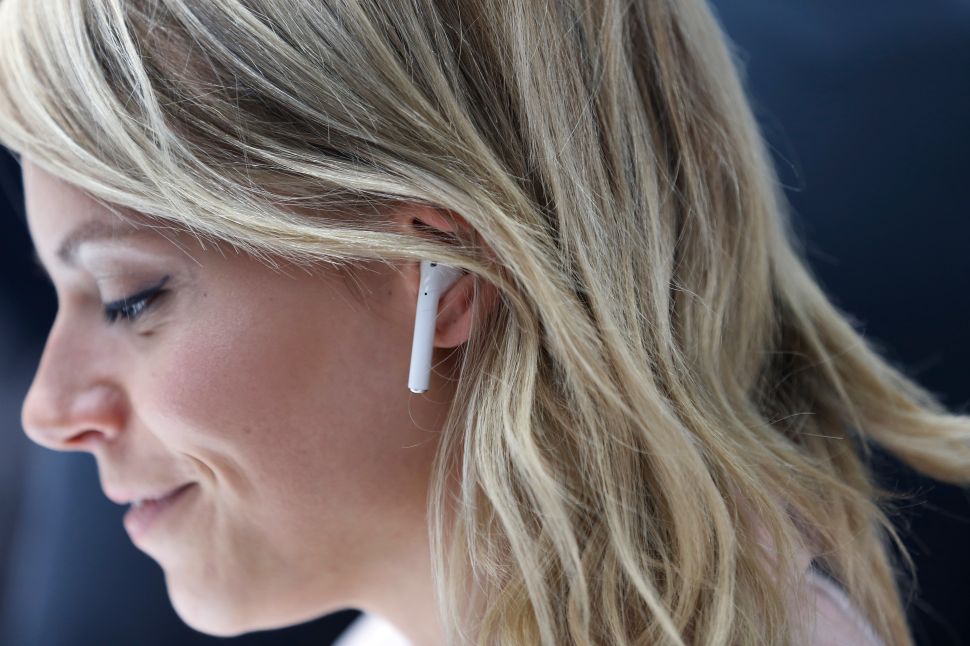