Anne Hathaway doesn’t get enough credit for doling out endlessly fascinating bons mots whenever she sits down for an interview. Some former ingenues who’ve ascended to Academy Award–winning stardom seem more content to keep things close to the vest, but not Hathaway: She’s more than willing to parse through her own life and habits, much to readers’ delight.

The Ocean’s 8 actress appears on the June cover of Tatler magazine, and in the accompanying profile she is very frank about her abandoned vegan lifestyle and her relationship with alcohol. The latter topic has made the news in the past, when she revealed on The Ellen Degeneres Show that she had decided to stop drinking until her young son turns 18.

“My issue is I just love it,” Hathaway told Tatler. “So. Much. But the way I do it makes me unavailable for my son. My last hangover lasted for five days. I’d earned it: It was a day-drinking session with friends that went into an evening birthday party with one of my drinking buddies. I will never be that person who can nurse a glass of wine throughout an entire evening.”

Coincidentally, Hathaway gave another just-published interview to the magazine Boston Common in which she elaborated on that same decision she’d described to Tatler. “I didn’t put [a drink] down because my drinking was a problem; I put it down because the way I drink leads me to have hangovers and those were the problem,” Hathaway said.

“My last hangover lasted for five days,” she reiterated. “When I’m at a stage in my life where there is enough space for me to have a hangover, I’ll start drinking again, but that won’t be until my kid is out of the house. But I just want to make this clear: Most people don’t have to do such an extreme thing. I don’t think drinking is bad. It’s just the way I do it—which I personally think is really fun and awesome—is just not the kind of fun and awesome that goes with having a child for me. But this isn’t a moralistic stance.”

Hathaway has caught unwarranted flack in the past for appearing overeager in press situations, but her repeated anecdote about five-day hangovers actually feels charming and honest and relatable. Can everyone just let a mom live?

In her Tatler interview, Hathaway also came up with a great bit of imagistic language while discussing how she renounced her vegan diet while filming Interstellar with Matt Damon and Matthew McConaughey. One evening, Hathaway and Damon went to an upscale restaurant in Iceland, where she caved to the pressure of pescetarianism. “So then I was the only chick and I’m the vegan and everyone’s just going with the flow,” she said. “So I asked, ‘Is your fish local?’ And they said: ‘Do you see that fjord?’ So I had a piece of salmon and my brain felt like a computer rebooting.”

If anyone deserves a life rich in fish and delicious nonalcoholic cocktails, it’s Anne Hathaway. 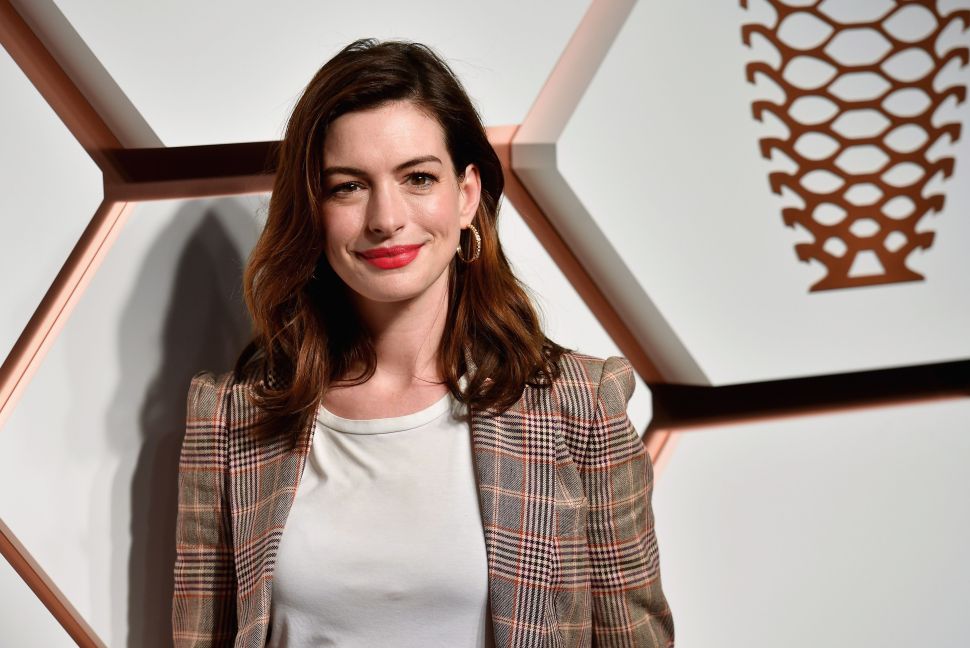