Way back in 2015, it looked like the merger of Heinz and Kraft was going to result in a hugely lucrative Big Food monopoly on par with a Big Tech deal, like Facebook’s acquisition of WhatsApp. That’s not exactly what happened. CEO Bernardo Hees, who will step down this summer to make way for chief executive Miguel Patricio, laid off thousands of Kraft Heinz employees and slashed $1.7 billion in expenses in order to enhance the company’s profit margins, but this didn’t satisfy critics who posited that the newly formed dual brand wasn’t doing enough to innovate.

Maintaining the capital and personal fortitude to survive at the helm of a major food operation is always going to be challenging, but over the past four years, a number of CEOs charged with overseeing iconic “Big Food” brands like Heinz, Coca-Cola and Smucker’s have succumbed to the lure of greener pastures and abdicated their thrones.

The reasons why aren’t entirely difficult to comprehend: With Amazon making moves to try to corner the market on grocery stores, which are woven into the very fabric of American consumerism, long-dominant manufacturers of certain food products are finding it increasingly tough to compete with home delivery and to introduce new products that entice their novelty-craving customers. The phenomenon of Big Food CEO turnover in America has been in effect since early 2016, with no end in sight. What does this mean for the future of the industry?

Kraft Heinz’s struggles are similar to the issues other Big Food brands have been grappling with. It’s no secret that the American people want ease and convenience, but they’re also increasingly drawn to healthy produce and organic diets that don’t include mass-produced, assembly-line products. However, customers are also fickle: At one point, the at-home meal kit delivery industry looked like it was going to be enormously successful, but companies like Blue Apron have since experienced significant crisis points and nose dives for shareholders.

As such, many fed-up Big Food higher-ups are abandoning ship. A Wall Street Journal study in 2018 found that over the course of the previous two years, “at least 16 major packaged-food and beverage chief executives” stepped away from their jobs, including CEOs at General Mills, Nestle, Hershey’s, Kellogg’s and Campbell’s.

Now it seems wise for Big Food companies to focus on innovation and growth, even though that’s scary for businesses everywhere. “You need patience, trial and error,” Martin Roper, the former CEO of Boston Beer, recently told CNBC. “Investors, analysts and even journalists don’t have that patience.”

When he assumes his new role on July 1, Patricio’s first order of business will be to improve some of Kraft Heinz’s existing products. As he told the WSJ, “Some are a little bit dusty and we have to rejuvenate them.”

We’ll have to wait and see what fresh condiment ideas emerge from the ether. Until then, we’re putting ketchup on everything. Sorry, vegan bloggers! 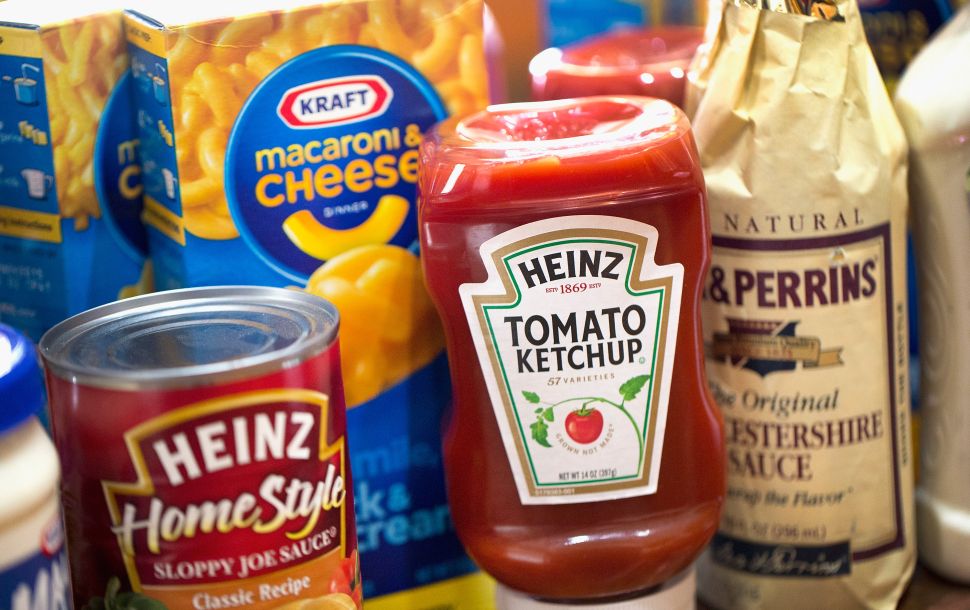