We compared Marvel’s Avengers: Endgame to other contemporary blockbuster franchise finales. We made early box-office predictions based off its historic hype. We dove deep to try to decipher whether or not it is the most expensive film ever made. But in all of our meticulous research and analysis, we never expected something quite like this.

According to estimates from ComScore, Avengers: Endgame earned $350 million in North America over its opening weekend. This shatters the record set last year by Avengers: Infinity War (which pulled in $258 million), which itself bested 2015’s Star Wars: The Force Awakens ($248 million), not accounting for inflation. It also collected the biggest Saturday grosses ($109 million) and biggest Sunday grosses ($84.3 million), and had the biggest global IMAX debut ($91.5 million). But that’s not actually the heroic feat we’re dazzled by.

In all of box-office history, only two weekends have ever managed to surpass $300 million domestic. Both instances came when accounting for all the films that had been released at the time, with the record prior to this standing at $314 million. Endgame topped that all by itself. This is an unimaginable accomplishment—a record thought impossible to break, akin to Joe DiMaggio’s 56-game-hit streak or Wilt Chamberlain’s 100-point game. It’s a generational worldwide event that has created a never-before-seen milestone of success.

Disney will officially report its earnings early this week, though ComScore’s estimates are more than enough to marvel (pun intended) at this historic happening. The total also includes the record for the largest Thursday night previews ($60 million) and the largest single day in history ($156.7 million on Friday), smashing The Force Awakens‘ previous high of $119 million. Overseas, Endgame took in a new high of $859.0 million. The film has also set several single-day and opening-weekend records in China.

Speaking of, with an assist from a day-and-date release in the Middle Kingdom, Endgame earned $1.209 billion in its worldwide debut. This bested the previous record set by Avengers: Infinity War ($640.5 million), which did not have the luxury of a simultaneous opening in China. The film took in an estimated $329 million haul in China over its five-day opening. For comparison, Aquaman earned $298 million in the region during its entire run.

With Endgame, the Marvel Cinematic Universe has now seen 12 of its 22 entries (so 54 percent of them) open to at least $100 million domestic, an unfathomable rate of blockbuster consistency. Additionally, Endgame is the fourth film of the MCU’s past five entries to cross $1 billion worldwide and its eighth overall. Thirty-six percent of MCU movies have grossed in the 10 digits, and when Endgame concludes its run, Disney will boast 12 of the 20 highest-grossing films of all time.

Overall, MCU movies are averaging roughly $324 million in their domestic runs, a total Endgame is sure to increase when all is said and done. Avatar‘s $760 million, which includes its rerelease, is well within reach, though we think it’s safe to say it’ll surpass The Force Awakens‘s $936 million too.

Endgame is playing in 4,662 theaters in North America, the widest release of all time. Its sweeping power is so strong that it pushed Captain Marvel, in its eighth week, back to the No. 2 spot with an estimated $8 million.

Take a bow, Kevin Feige. The only question now is: Can Marvel maintain momentum in a post-Endgame world? 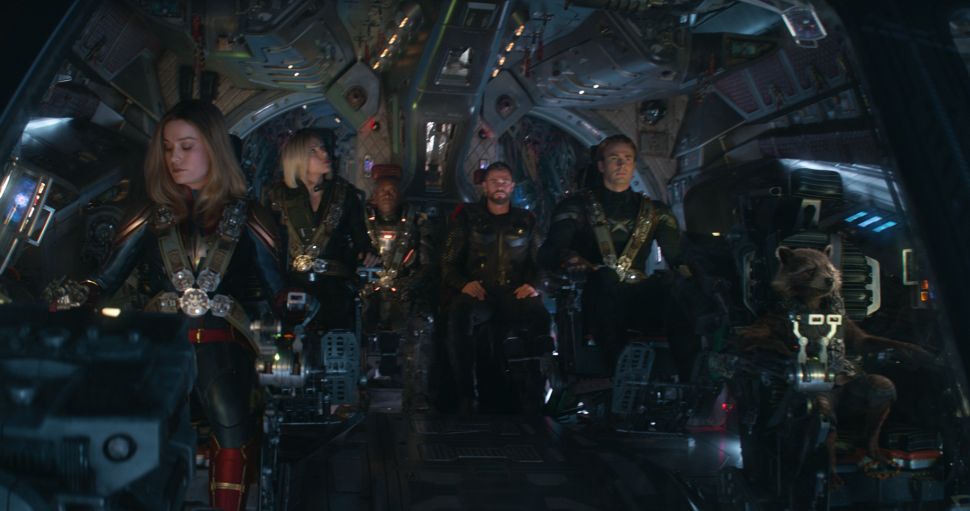