It’s safe to say that Avengers: Endgame is one of the biggest films of all time (our box office comparison piece measures how it stacks up to other franchise conclusions). In terms of production, cast, spectacle and story, it’s an absolute juggernaut—the culmination of 11 years of storytelling (it’ll be the 22nd movie in the Marvel Cinematic Universe). It is already expected to lead 2019 at the box office.

Noted box-office tracker Exhibitor Relations predicts a record-breaking opening of $282 million in North American ticket sales, which would shatter the previous high ($258 million) set by Infinity War last year. Projections from Boxoffice.com peg the opening closer to $265 million. Variety reports that the film is on pace for an opening between $200 million and $250 million. Meanwhile, CNBC analysts made an early projection of $600 million domestic and around $2 billion worldwide when all is said and done (Infinity War finished its run with $679 million and $2.04 billion, respectively). The film has an April 24 release date in China, and Deadline reports that if it were to perform like Infinity War, it could be looking at an $840 million worldwide opening. Those numbers would be great for Disney and Marvel Studios considering the astronomical costs of making the movie.

We’ve seen conflicting reports regarding the actual budget of the most recent Avengers films, which were shot back-to-back in order to maximize the studio’s resources. Dan Cathy, co-owner of Pinewood Studios in Atlanta, where some of the movie’s production took place, claimed the combined budgets of both films totaled $1 billion, though Marvel chief Kevin Feige later said that was inaccurate. Shortly after Infinity War‘s release, The Wall Street Journal said it carried a budget “close to $300 million.” In December, Fortune reported that Infinity War cost $400 million and that Endgame is “expected to have a similarly sizable budget.” Deadline estimates that, including advertising, Infinity War was a $475 million endeavor for Disney. For what it’s worth, it isn’t unusual for a studio to publicly downplay its production budgets.

According to Box Office Mojo, 2012’s The Avengers carried a production budget of $220 million, while 2015’s Avengers: Age of Ultron cost $250 million, though there is some debate over those figures. In an interview with Victoria Alonso, executive vice president of physical production for Marvel Studios, The Hollywood Reporter placed Ultron‘s budget at “upwards of $300 million,” but Deadline pegged it at $316 million.

With stars like Robert Downey Jr. taking in roughly $200 million for Infinity War and Endgame (thanks to a healthy percentage of the grosses) and a reported $400 million going to the screenwriter, directors, producers and principal actors, a budget between hovering around $400 million or more sounds about right.

So would that make Endgame the most expensive film of all time (not accounting for inflation)? Well, that depends on what sources you’re using.

Per Forbes, the most expensive film of all time is Disney’s 2011 adventure film Pirates of the Caribbean: On Stranger Tides, which had a staggering budget of $410 million. However, a tax rebate of more than $32 million technically knocked that number down under the vaunted $400 million mark, according to the outlet.

The next most expensive movie is 2007’s Pirates of the Caribbean: At World’s End, which both the Los Angeles Times and The New York Times reported had a $300 million budget. It is followed by Warner Bros.’ 2017 Justice League, which underwent extensive reshoots that resulted in a total cost of $300 million, according to the Los Angeles Times and Variety. Next is Lucasfilm’s Solo: A Star Wars Story, which has a listed budget of $275 million, but which Deadline estimates cost more than $300 million after factoring in post-production work and extensive reshoots as well as a mid-production hiatus due to the firing of original directors Phil Lord and Chris Miller. All of these are Disney movies.

Even when you consider the varying numbers reported, it’s clear that the recent Avengers films are among the most expensive in history. Endgame could very likely be the costliest film ever. If that is in fact the case, it’s good news for Disney and Marvel Studios that the movie is set to totally dominate the box office this year. 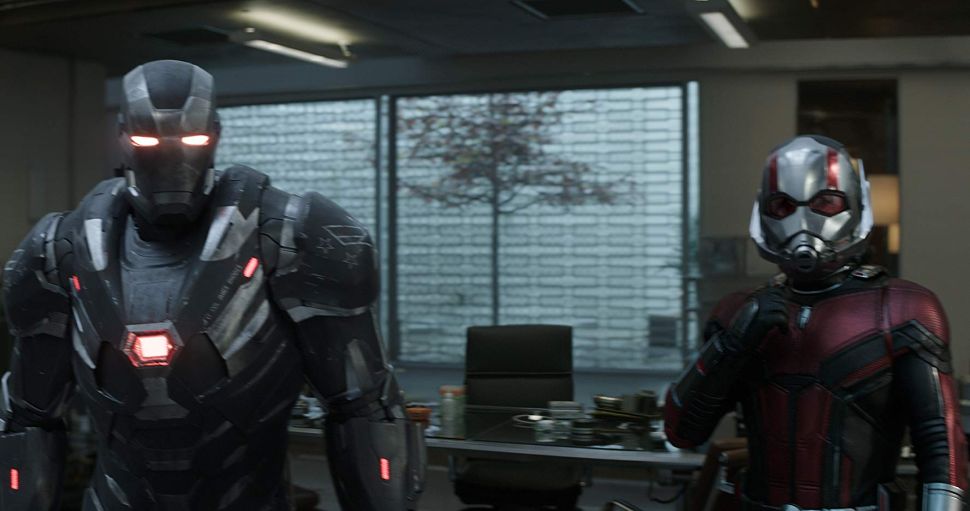