“Whatever it takes,” the surviving members of the Avengers echo to one another in one of the more haunting Endgame trailers. It’s a nifty bit of marketing, distilling the three-hour conclusion to Marvel’s sprawling 22-film saga into a deeply emotional three-word mission statement. The easily digestible thesis is, for lack of a better term, Disney’s pitch to fans—Endgame offers real stakes as the finale to this current iteration of the Marvel Cinematic Universe, and the studio is not messing around.

But how intimately will that resonate with moviegoers? We knew going in that Endgame was going to be big—like, biggest-movie-of-the-year big. We knew going in that it was going to be epic—like, establish-a-new-benchmark-of-blockbuster-ambition epic. But after actually seeing it, we can now more clearly define its place in the contemporary franchise-conclusion pantheon, and, therefore, cinematic history. And we can officially predict how it will fare at the box office and in the court of public opinion.

Below, we look at Lord of the Rings: Return of the King, Star Wars: Episode III—Revenge of the Sith, Harry Potter and the Deathly Hallows Part II and The Dark Knight Rises to determine just how well Avengers: Endgame stacks up against the biggest “event” finales of the century.

The entire Lord of the Rings trilogy is a beautiful example of how unexpected good can defeat the overwhelming evils of the world. If a lowly hobbit can resist the seductive temptation of great power—an urge that man routinely fails to quell in the series—and defeat the likes of the all-powerful Dark Lord Sauron, then we can all become our own heroes. It’s wonderfully quaint and perfectly fitting with author J.R.R. Tolkien’s post–World War I environment.

The MCU may not have a singular inciting incident that’s this historically omnipresent, but it, too, has briefly relied upon underestimated heroes such as pre–Super Soldier Syrum Steve Rogers to light a better path forward and lead by uncompromising example. However, while Peter Jackson’s multi-film story and insane production helped give way to the MCU, that’s pretty much where the similarities between these franchises cease. Endgame marks the finale of the Infinity Saga, but we can’t take its sense of finality as literally as Gandalf’s breathless “The end has come” in Return of the King. Will that lessen the urgency audiences feel? Maybe. On the other hand, Endgame is packed to the gills with emotional payoffs and satisfying fan-oriented moments—you’ll laugh, you’ll cry, you’ll cheer—which could render it more rewatchable.

Return of the King benefited from a prime end-of-the-year release date and therefore faced little competition. The movie’s weekend-to-weekend gross change didn’t drop by more than 50 percent until its 24th (!) week in theaters, a feat this jam-packed summer blockbuster movie season just won’t allow. Also, while Marvel’s conclusion uses its three-hour run time more effectively than Lord of the Rings, the length does cap how many showings theaters can fit into a single day.

All that said, on quality alone, Return of the King is the more serious and mature offering, but Endgame wields its 10-plus year history like Thor uses Stormbreaker in battle—to devastating effect.

Revenge of the Sith is the best of the Star Wars prequel trilogy, which is akin to describing Roose Bolton as the nicest Game of Thrones villain. George Lucas’ uneven conclusion fails to reach the grand industry-shifting heights he hoped to achieve (though it did birth an endless supply of meme fodder). The greatest failure of the prequels is the confounding and unconvincing arc of Anakin Skywalker morphing into Darth Vader, a lackluster character transformation that Endgame thankfully does not emulate. What’s more, by combining dozens of characters and story lines across Infinity War and Endgame, directors Joe and Anthony Russo accomplish the leap in movie-making logistics—even if the latter story’s mechanics are a bit nonsensical—that Lucas paved the way toward. Hollywood has a new level to aspire to.

At the time, Revenge of the Sith was marketed with a concept-driven campaign—epic star battles, nods to the original trilogy, crowded intergalactic politics. Conversely, Marvel Studios has centered Endgame‘s entire PR campaign around its title characters and leaned into the 11-year history that connects them to us and to each other. Based on social-media buzz, it’s worked like a charm. A not insignificant 29 percent of respondents in a recent survey from Toluna, which provides on-demand digital consumer insights, said they’re seeing Endgame on opening night.

Audiences will be treated to a character-based ensemble that looks to both close out current arcs while watering the previously planted seeds of future adventures. It’s satisfying in an elevated fan-service manner without ever pandering, a tightrope Revenge of the Sith couldn’t successfully walk (at least not completely). Perhaps thanks to its emotional marketing, Endgame will avoid being too front-loaded at the box office, and fans will return for multiple viewings. Bottom line: Endgame is far better than Revenge of the Sith.

Deathly Hallows Part II earned the lowest domestic multiplier—the multiple of the film’s final gross to its debut numbers—on this list at just 2.25x, an oddly muted figure compared to most blockbusters. Could this have been partly due to franchise fatigue (eight films in 10 years)? The MCU has more than doubled that output to increasingly profitable results—a trend that may not be sustainable.

The Harry Potter franchise has always concerned itself with prophecy and destiny, grand fates that await the main characters regardless of the paths they desire for themselves. While that design works well in fantasy, the slightly more real-world MCU has thrust its narrative propulsion behind free will—the choices of our characters and the subsequent fallout that results (see: Ultron to Infinity War). Choice is the dark matter that expands this universe and binds viewers to the individuals and their stories like a solar system to a star.

Endgame is very much a movie about free will and how we forge our own futures. That theme hasn’t always worked well for big tentpoles at the box office (see: Terminator 3 to 5). It might be difficult for Endgame to improve on Infinity War‘s multiplier (2.6x), especially with the crowded summer competition capping its box-office legs. But in terms of pure opening weekend numbers, it has a good shot at setting the record ahead of Avengers: Infinity War ($258 million), Star Wars: The Force Awakens ($248 million) and Star Wars: The Last Jedi ($220 million).

As we noted in our ranking of Christopher Nolan’s filmography, The Dark Knight Rises is an entertaining and occasionally epic conclusion to Nolan’s groundbreaking Batman trilogy that also trips over its own lurching feet. It falls prey to many of the classic final-chapter clichés with its bloat, plot holes and thematically muddled conclusion. But it was the highest-grossing DC film ever before last year’s Aquaman ($1.1 billion) came along, and it’s still a vast improvement on much of the sludge studios throw at us.

Nolan’s Batman trilogy is meant to be hyperrealistic, with grounded characterizations of the source material’s more outlandish elements. Conversely, the MCU is a whizbang of clever quips and comic book goofiness. Both strategies can work at the box office, though the latter is the dominant modus operandi in Hollywood these days.

Endgame ratchets up its otherworldly elements, and, admittedly, the story suffers because of it. And due to the nature of the wonky plot, there isn’t nearly as much action as there is in Infinity War. Depending on what audiences want, that could be a good or a bad thing, though Chinese moviegoers tend to love a good old-fashioned CGI punch ’em up. But since plot head-scratchers and a lull in fight scenes didn’t exactly hurt The Dark Knight Rises, we don’t expect it to hurt Endgame either. In terms of quality, there is the possibility that it, too, may be looked at more harshly after multiple viewings. Ultimately, though, Endgame is a movie that is nothing you’d expect but everything you want. 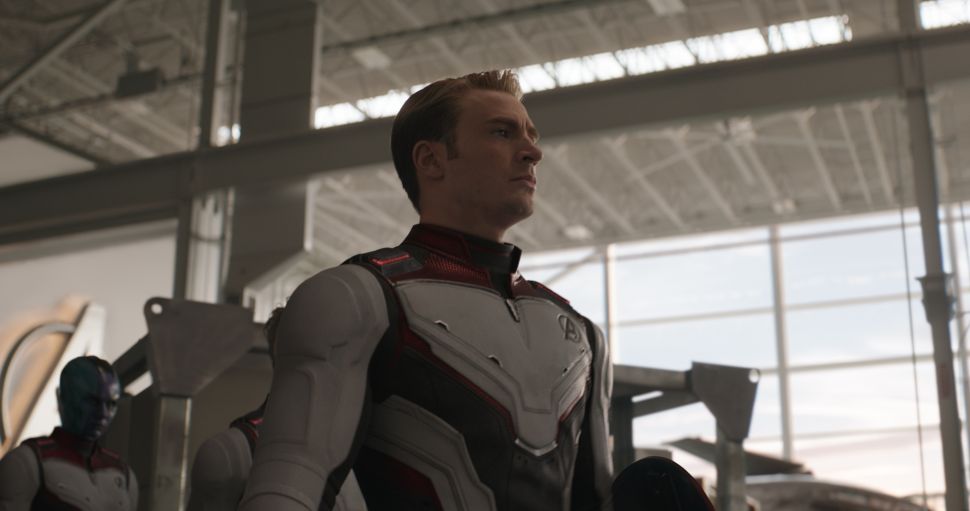