Marketed as the 22nd and final installment in the cacophony of films dubbed the “First Wave” of the Marvel Cinematic Universe, Avengers: Endgame will be greeted by many with unbridled enthusiasm, while others will shrug their shoulders at its corporate inevitability.

Many will be taken in by its emotional complexity, especially in comparison to other CGI blockbusters. Others will be perplexed or even angered by the lapses of logic in its pretzel-like plotting and bemoan an epic running time that matches most Major League Baseball games.

Some will simply long for a day when the filmgoing public could get excited about a movie that didn’t feature characters that first came to life via Ben Day dots.

But whatever your level of excitement upon entering Marvel’s latest extravaganza, what you will be getting when you walk into an inevitably overstuffed movie theater is something singular that reflects our age in a way that none of the MCU films that preceded it have—indeed, very few Hollywood spectacles ever have.

We all live in a post-traumatic era, longing helplessly to go back to the age before we all felt so wounded, so destroyed. By embracing this idea not simply as a theme but as the entire structure and plot for its complicated and unwieldy story, Avengers: Endgame has become not only the blockbuster to end all blockbusters, but also an important reflection of the psyches of pretty much every person who will rejoice, reject or simply kvetch about the movie online and elsewhere—whether they like it or not.

For those of us who are still unable to come to terms with the events of 9/11, the deaths from the twin wars it was used to justify, and all of the other tragedies that have followed it up through the horrific Easter bombings in Sri Lanka this past weekend, there is something both moving and profoundly cathartic to witness Earth’s mightiest heroes being the big hot messes we have all become.

In the years following half of all living things perishing into cloud of dust—thanks to a snap of Thanos’ Infinity Stone-adorned fingers—one hero is a beer-drinking lout who plays video games all day, one leads support groups for survivors in New York City, and yet another has become an ever-vigilant militarist obsessed with the next attack. One has picked up a Katana and become a bloodthirsty vigilante ninja, while another has found solace by becoming an internet celebrity. A couple of them, including Thanos himself (Josh Brolin), have gone “’tis a gift to be simple” and retreated back to nature.

In other words, they are each of us over this past generation, playing roles we have assigned ourselves in a half-dazed stupor, wandering around in a world that resembles our own—but only in a haunted, ghostly sense.

It’s only Paul Rudd’s Ant-Man (who was at least initially spared the traumatic shock of that mankind-wide tragedy by being trapped in the subatomic nebular region while it happened) who still has some semblance of his wits about him. He devises a concept, refined by Tony Stark (Robert Downey Jr., shading the character with more feeling than he ever has before) that uses his super shrinking ability to become subatomic and dance through the neutrons and back in time. There the surviving Avengers have to gather up and protect the stones before Thanos can get his oversized mitts on them.

Like all of these movies, Avengers: Endgame is super referential and is quite aware of the foibles of both time travel and time travel movies; but it is not quite aware enough to actually sort them all out. There are, of course, too many characters to give them each something interesting to do: it is the job of Don Cheadle’s War Machine, for example, to crack about five jokes but remain otherwise chill. There are also a few too many sentimental journeys and wistful stares into black and white photographs as the heroes traipse through time and space. One extended scene involving Stark and his father (John Slattery, with shoe polish in his hair) would be a good time to use the facilities. (Another pro tip I know you’ll ignore: don’t bother staying through the closing credits.)

But these complaints end up being dwarfed by the film’s successes. It is so uncannily adroit at balancing humor and pathos that the two complement rather than detract from each other. And while some characters may get lost in the shuffle, others are rendered with delicacy and richness—especially Thor (Chris Hemsworth), who since 2017’s Thor: Ragnarok has gone from one of the series’ biggest liabilities to its chief asset. The way the film uses the past movies in the series is also a great strength, giving depth to those films, and making them even more interesting to revisit. (The folks from the soon-to-be-launched Disney+ will be sending the filmmakers thank you notes shortly.)

While people’s superhero cynicism and exhaustion is well earned, this film has risen above the immensity of its marketing and the ubiquity of the genre. It has placed itself and the whole unwieldy series alongside Tolkien’s Rings trilogy and the original Joe Simon and Jack Kirby Captain America comics, as a fantastical and essential response to and reprocessing of global tragedy. Yes, it’s all too much, but it is also exactly what we need. 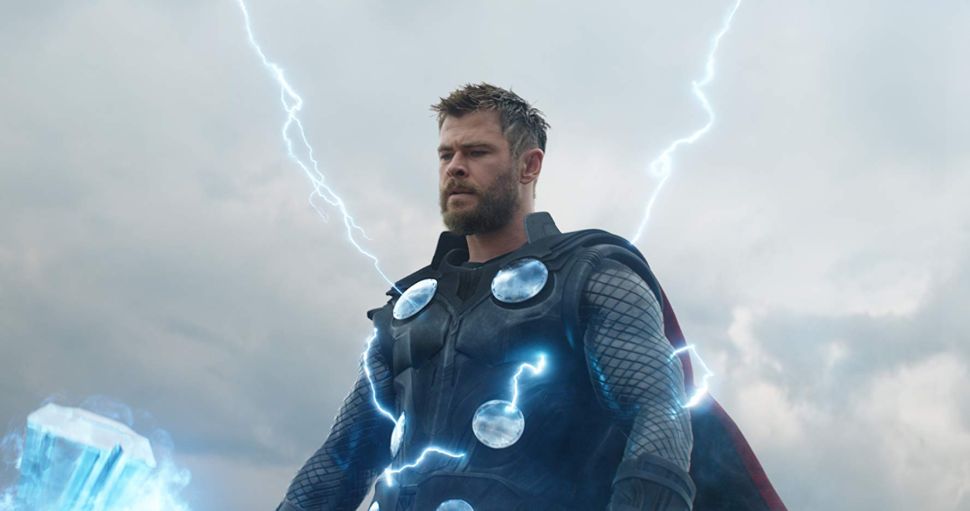