In Avengers: Infinity War and Avengers: Endgame, the super villain Thanos assembles six Infinity Stones to wipe out half of the world’s people in order to cure all of the ills of overpopulation in society. It’s not a new idea, but in addition to its ethical issues, it wouldn’t work. In this article, you’ll see what could cure the globe of its population explosion.

From Infinity War to Inferno

Consider this. It took the earth’s population thousands of years—from the early dawn of man all the way to the early 1800s—to reach one billion people. Then astoundingly, it took only about a hundred years to double the population to two billion in the 1920s. After that, it took a mere 50 years for the population to double again to four billion in the 1970s. As you can imagine, we’re well on track to reach eight billion very soon. Just today, the human race added another quarter-billion people to planet Earth. A quarter-million. And this happens every day—rain or shine. Currently every year we’re adding the equivalent of the entire country of Germany.

Those statistics sure shock my students when we cover them in my International Politics class on demographics. The problem seems hopeless. Only some magic stones could be the cure.

But as you’ll see, even if you wipe out half the Earth’s people, it wouldn’t take long for the population to rebound. If you think about it, every year of World War II, the world’s population grew. Hitler’s Holocaust, Stalin’s purges and Mao Zedong’s “Great Leap Forward,” the “Killing Fields” of Cambodia, and even “Hotel Rwanda” couldn’t slow population growth.

Overpopulation is a real concern. Most articles about Thanos and this subject insist that population growth isn’t a bad thing. That’s not correct. An increase in people, and a decrease in resources, is a recipe for disaster, as Rev. Thomas Malthus pointed out in his 1798 paper “An Essay on the Principles of Population.”

So where does the problem come from?

Understanding Where the Population Problem Comes From

To fight the problem, you have to understand it first. And the best way to do that is to learn about the “Demographic Transition Model.”

Our story begins with the traditional society, conservative on social issues, agrarian-based, with a high birth rate and a high death rate. You need a big family to run a farm, and your religious-based society approves the increase in kids. Things are in equilibrium, so population growth isn’t a big deal.

But then we get into the transition phase during industrialization. Suddenly, improvements are being made in health care and sanitation, and one’s quality of life, which leads to longer life and a dropping death rate thanks to factors like a lower infant mortality. But the society tends to keep those old-fashioned traditional ideas about birth control, abortion and being fruitful and multiplying. So the birth rate stays high, and that’s where the population increase comes from. And when more kids are living long enough to have kids, you have “Demographic Momentum,” a prescription for overpopulation.

It shouldn’t surprise anyone that Sri Lanka is a perfect example of the Demographic Transition Model.  And with the legacy of the island’s terrorism and repression, the recent Easter bomb blasts don’t seem so unusual in that small crowded country.

This is where Thanos would fail. It wouldn’t take long for global population growth to bounce back after his big population purge. It’s about a change in attitudes, not a change in the volume of people.

So what can be done?

In order to move a country from the transition phase to the modern phase, you need a drop in birth rates. Conservatives are likely to howl about a loss of “traditional” values, but that doesn’t mean a country has to have lots of abortions.

One of the stronger indicators of development is increasing a country’s education prospects, especially for women. As women pursue college, and put off having kids until later, the population numbers begin to fall.

As a country shifts to a post-industrial world with a sophisticated economy, kids get pretty expensive too. In a class exercise, I ask students their gender and how many kids they’d like to have. Male students typically want an average of one kid more than the female students. But after we review how much having kids costs (hospital, education, clothes, health care, food… and infant formula is pretty expensive!), everyone revises their expectations down significantly.

How do we know it works? It’s already happening now.

Look at Europe, North America and Northeast Asia. These First World countries with their developed economies are following this exact playbook. In fact, it’s worked so well that some of these nations are getting worried that their population growth has fallen too much.

Meanwhile, in the Third World, countries are exploding with population. Refugees from conflict, environmental problems and resource shortages are spilling into the West, triggering a debate between those who want walls and those who want immigrants to shore up their shrinking populations.

Some compromises on immigration, traditional values, economic modernization and foreign aid can and should be reached to bring the world back to equilibrium. It’s not too late, and it would be more effective for striking that balance between people and the Earth’s carrying capacity, a more effective solution than anything a would-be Thanos could achieve. 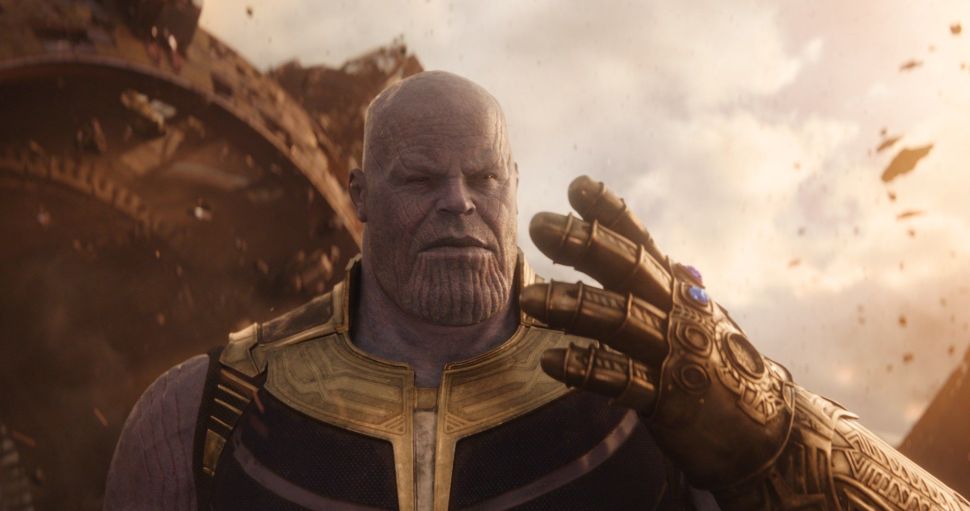