On Monday evening, despite pleas from Media Matters president Angelo Carusone and leading progressive activists, Senator Bernie Sanders (I-Vt.) appeared on Fox News to sell socialism to the cable juggernaut’s millions of viewers. Parrying questions from anchors Bret Baier and Martha MacCallum, the 2020 hopeful defended his personal wealth and ‘Medicare for All’ policy proposal—receiving frequent cheers from the audience.

The subsequent media narrative was one of a Greek hero emerging triumphant from the lion’s den, with both left- and right-leaning publications lauding the senator’s appearance. Vox immediately ran a piece titled “Bernie Sanders’s Fox News town hall wasn’t a debate. Bernie won anyway,” while National Review said the town hall “demonstrated Sanders’ verve, a strong dash of political courage, and a presidential willingness to speak to audiences beyond his party’s base.” In a further nod to the candidate’s effectiveness, President Donald Trump accused his favorite network of having “stuffed” the room “with Bernie supporters.”

A Cardi B endorsement also provided the socialist with plenty of capital among millennials.

This coverage may be good for Sanders. But it also sucks up Senator Elizabeth Warren’s (D-Mass.) oxygen with potential voters at a time when the candidate is releasing detailed policy proposals on topics ranging from anti-trust to wildlife preservation. While the policies have received plenty of media coverage, they have not quite landed with the American public. According to a RealClear Politics poll, Sanders is trailing Democratic frontrunner Joe Biden, while Warren is currently coming in as only the fifth favored candidate, behind even the failed Texas Senate challenger Beto O’Rourke. There are notable platform differences between the two: Sanders describes himself as a Democratic socialist, while Warren calls herself a capitalist championing economic reform.

However, both appear to be courting similar demographics (the progressive vanguard of the Democratic party and the rural, working-class who opted for Trump during the last election) with promises to take on Wall Street and Silicon Valley.

Like the president, Sanders is a populist candidate who is effective at articulating the failure of power structures. But he has also come up short with putting forth policy-specific solutions, like Warren, and is a divisive figure in the Democratic party (despite serving as an independent). Should his popularity wane when voters realize that someone who has praised Soviet Union breadlines is not suited for the presidency, the candidate promising structural reform to the tax system and markets will be overspent and overshadowed. 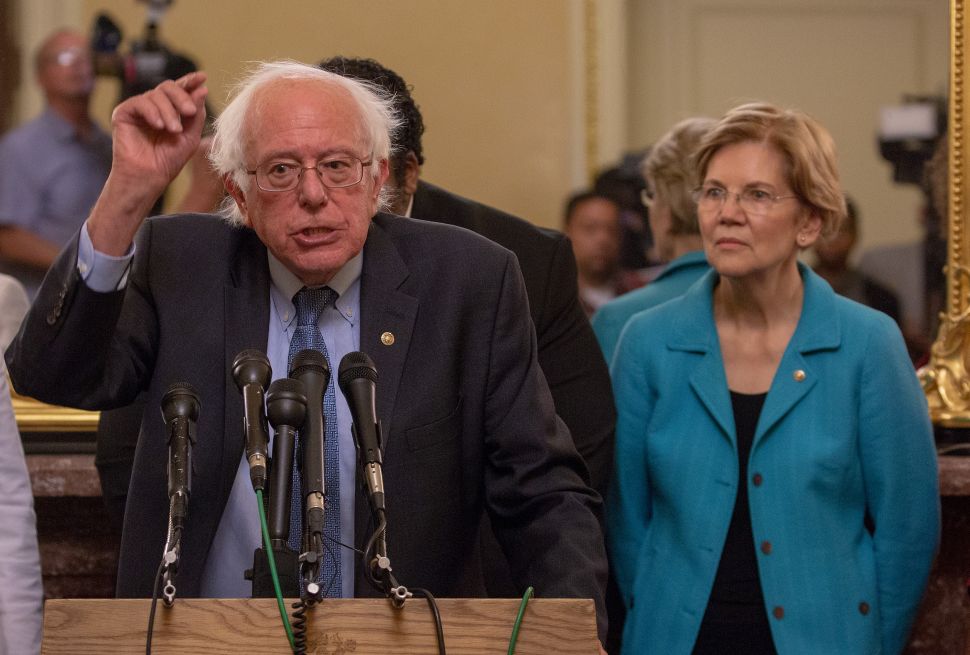