Perhaps the greatest compliment we can give AMC’s Better Call Saul is that you often forget that it’s a prequel to the more heralded Breaking Bad. Sure, when Mike (Jonathan Banks) pops up to do the bidding of Gustavo Fring (Giancarlo Esposito), you’re suddenly thrust back into the world of Walter White’s meth empire. But when the series slows down to painfully track the descent of Jimmy McGill (Bob Odenkirk) and the rise of Saul Goodman, it becomes a deeply affecting character study. When it peaks, Better Call Saul is one of the best dramas on television.

That’s what makes some recent news so utterly depressing: AMC will not air the fifth season in 2019.

Head of AMC Sarah Barnett announced the move on an earnings call this week (per Vulture), citing talent concerns as a deciding factor and noting that the show is nearing its conclusion overall. From a scheduling perspective, this does actually make sense, even if it comes as a significant disappointment.

Given the longer production schedules of Seasons 3 and 4 compared to the first two, the current pace would have Better Call Saul return alongside The Walking Dead  in October. AMC Networks would likely prefer to space out its biggest hits—BBC America’s Killing Eve, The Walking Dead, BCS—to cover a full calendar year. Throw in the complicated time-line mechanics of Better Call Saul rapidly approaching Breaking Bad territory, and you can see the reasoning behind the delay.

Then again, could there be a more, dare we say it, ambitious reason behind the decision? Co-creator and co-showrunner Vince Gilligan has ceded more control to his partner, Peter Gould, as he is developing a Breaking Bad TV movie focused on Aaron Paul’s Jesse Pinkman set after the events of the Bad finale. Given how many times Better Call Saul has flashed forward to show audiences Gene, Saul’s post-Breaking Bad persona, it’s more than possible that the two could somehow cross over.

Wishful thinking or legitimate possibility? We’ll just have to wait and see. 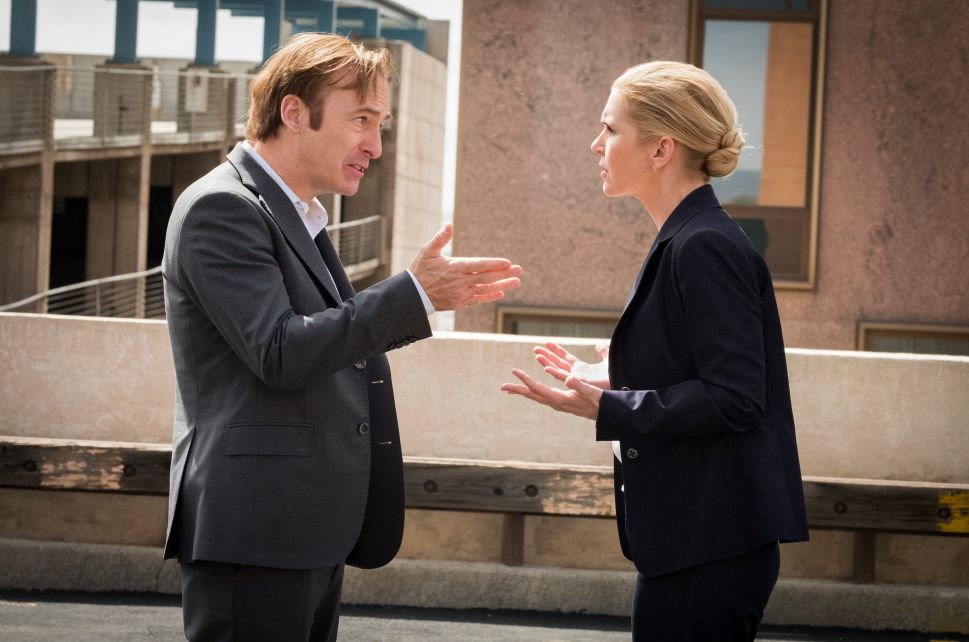