Sadly, AMC’s Breaking Bad prequel series, Better Call Saul, will not air its fifth season in 2019. Even more sadly, we may be just two seasons away from the show’s ultimate conclusion. That makes sense given that Jimmy McGill’s (Bob Odenkirk) pseudo-heel turn in the Season 4 finale seemed to signal the official birth of Saul Goodman. But to hear someone speak of the end of one of Peak TV’s very best series is still a lot to handle.

That someone is Breaking Bad and Better Call Saul star Giancarlo Esposito (who plays Gus Fring), who revealed new info about the show’s fate in a recent interview with Collider. Neither co-creators Vince Gilligan and Peter Gould nor AMC Networks have offered an official statement, but his comments seem to fit with the series’ recent time line of events.

“There is a new character coming in, Lalo Salamanca, obviously someone I’m going to have to deal with in my travels throughout the show,” Esposito said. “There will be six seasons, seems like that’s the way, the comfortable way to end this show. I am hoping for more of a collaboration in some way as an artist with Bob Odenkirk; I know as my star grows as Gus Fring [I’ll] be able to handle some of the edginess of the show more and more. And as Gene goes and comes to Saul Goodman, and becomes this nefarious lawyer, then I’ll have more interaction with him as well. So I’m excited about that.”

It was always wishful thinking to believe Better Call Saul could be stretched ad infinitum given its close proximity to the events of Breaking Bad. At least with a set expiration date in place (assuming Esposito is correct), the show can avoid any stalling tactics as it approaches its final destination. And with a Breaking Bad TV movie from Gilligan in the works, it’s always possible that Jimmy/Saul could live on in another story. 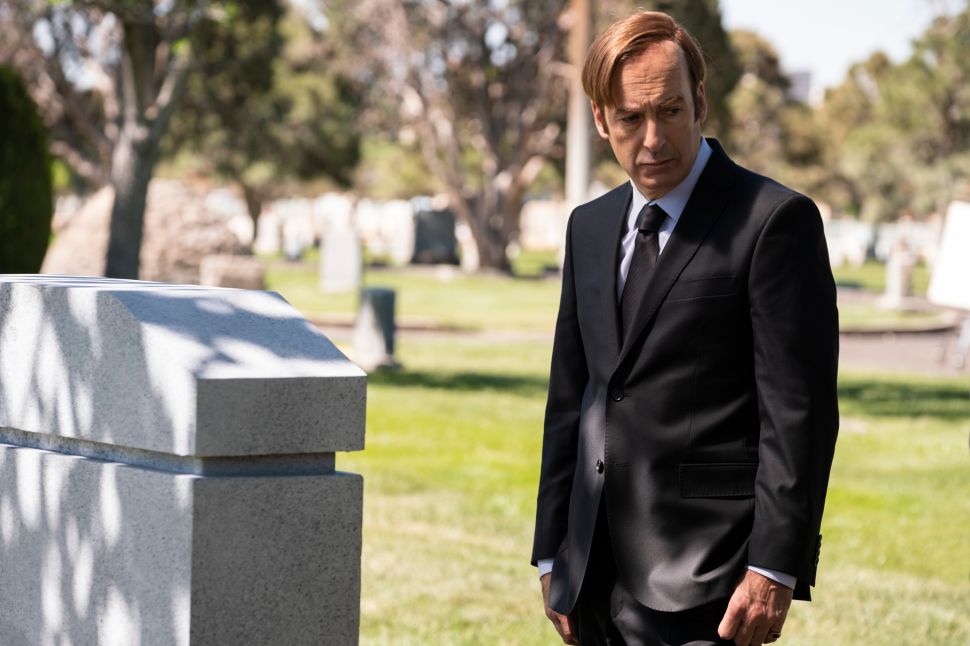