By now we all know that everything Beyoncé Knowles-Carter touches turns to gold. When you’re a superstar with as much visibility and clout as she has, every brand on the planet salivates at the prospect of partnering up with you and potentially making millions. This time around, Adidas has won the lottery: On Thursday, the brand announced it had entered into “a multi-layered partnership that will include inspiring and empowering the next generation of creators, driving positive change in the world through sport and identifying new business opportunities” with Her Majesty herself. This includes creating apparel, footwear, the whole nine yards.

However, Adidas landing the contract means that other sportswear companies missed out, and it seems Reebok was one of them. According to an ESPN journalist, Beyoncé walked out of a preliminary meeting with the apparel and footwear company after pointing out that the team the brand had assembled was noticeably lacking in diversity.

“Throughout this process over the last year or two, she had discussed with Under Armour, with Reebok as well, Jordan [Nike] at one point was interested in maybe partnering with her,” reporter Nick DePaula, who focuses on covering high-profile shoe deals, told ESPN’s The Jump. “She had a meeting at Reebok ,and they had a whole presentation of everything, potential products, how this could all look, and she kind of took a step back and said, ‘Is this the team that will be working on my product?’ And somebody said, ‘Yes,’ and she said, ‘Nobody in this room reflects by background, my skin color and where I’m from and what I want to do.’ So she took a step back and left and then it did not come to terms.”

If this anecdote is indeed accurate, Reebok should have been better prepared: Beyoncé and her husband, Jay-Z, have championed diversity throughout their careers. Last November, Jay-Z successfully halted an ongoing legal struggle in which he is involved because a roster of potential mediators for the case did not include any African-American arbitrators. Beyoncé also recently addressed the steps that must be taken to disassemble biased power structures.

“When I first started, 21 years ago, I was told that it was hard for me to get onto covers of magazines because black people did not sell. Clearly that has been proven a myth,” she told Vogue in 2018. “If people in powerful positions continue to hire and cast only people who look like them, sound like them, come from the same neighborhoods they grew up in, they will never have a greater understanding of experiences different from their own.”

Additionally, as The New York Times reported, the Adidas announcement coincided with an update to the Ivy Park website, which now states that Bey’s athleisure brand will be relaunched in tandem with the development of the Beyoncé-Adidas collection; the artist will retain sole ownership of the Ivy Park company.

Observer reached out to Reebok and Beyoncé’s representatives for comment and will update this story with any responses.

UPDATE: Reebok has emailed the following statement to Observer in response to DePaula’s claim:

The report that Beyoncé walked out of a meeting with Reebok due to lack of diversity is categorically false. Our discussions with Beyoncé and her team continued for several months after our initial meeting. We are disappointed that false information is being reported as fact. 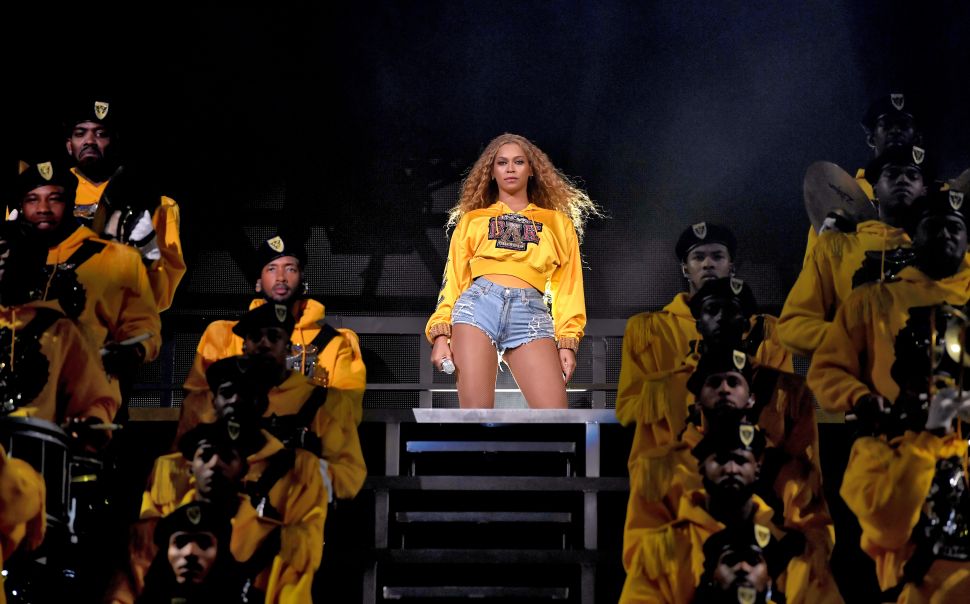