Beyoncé does nothing without intention, and that includes disrupting your day. This week, she emerged from the chasm between winter and springtime bearing offerings of renewal and spiritual salvation. Early, early Wednesday morning, the hardest-working artist in show business released a two-hour documentary on Netflix that intimately chronicles the preparations leading up to Homecoming, her historic 2018 headlining Coachella performance. Beychella, as the event came to be known, had a spectacular significance that earned it its all-encompassing name: Beyoncé was the first black female headliner in the festival’s history. Seriously, just ask anyone if they remember who else performed that year. Bueller? Bueller? Exactly.

Homecoming: A Film by Beyoncé is a mix between a behind-the-scenes peek and a full-throated concert movie, which is great news for anyone who wants to revisit the glory of the spectacle in full. Beyoncé has everyday hard-working Americans in mind too, though: Some of us simply don’t have the time to watch documentaries at the drop of a hat, so she paired her Netflix release with a digital concert album that’s available now on music streaming services.

Concert films, of course, have a long history in the music business, but Netflix has proven to be a useful platform for megastars who want and need to keep their fans engaged with their content between album cycles. Documentaries are also incredible mediums for artists at the top of their game who want to show off. Case in point: Taylor Swift’s almost startlingly entertaining Reputation Netflix film from 2018.

This isn’t Beyoncé’s first outing as a director. In 2013, the singer released a self-helmed documentary with HBO called Life Is but a Dream, which was composed of reams of archival and private footage from her life but somehow never revealed anything overwhelmingly scintillating besides footage that confirmed her baby bump. Homecoming does not make the same mistake. The new documentary shows Beyoncé working out almost constantly in order to get back in shape for Coachella 2018 after giving birth to her twins, Sir and Rumi, and a voice-over from the artist herself explains just how difficult this process was.

The film then cuts to a man, presumably a choreographer, speaking off-camera. “Between SoulCycle and coming in here, you’re losing, like, 1,500 to 2,000 calories,” he says.

“Calories, yeah,” replies Beyoncé. “It’s true. And eventually, I want to be able to do SoulCycle, the stairs and rehearse in a day.” No one pushes her as hard as she pushes herself.

“In the beginning it was so many muscle spasms,” she continues in voiceover. “And just internally, my body was not connected. My mind was not there. My mind wanted to be with my children. What people don’t see is the sacrifice. I would dance and go off to the trailer and breastfeed the babies, and the days I could, I would bring the children.” On top of this internal struggle, Beyoncé was dieting stringently.

“In order for me to meet my goals, I’m limiting myself to no bread, no carbs, no sugar, no dairy, no meat, no fish, no alcohol… and I’m hungry,” she laments in the midst of the process.

Throughout all this, you get the sense that motherhood has restructured everything about the way Beyoncé performs and presents herself to the world. She describes parenting a 6-year-old and newborn twins simultaneously, as well as juggling rehearsals for her show and her marriage. The documentary also sparks the imagination as you wonder about the vast infrastructure that must be set up around her. Just how long in advance was Beychella conceived? How many cumulative hours went into making this happen?

Swirling at the center of these technical questions is Beyoncé herself, who, of course, survived the dieting and SoulCycle and rehearsals to put on a fantastic, unforgettable show: unbowed, unbent, unbroken. 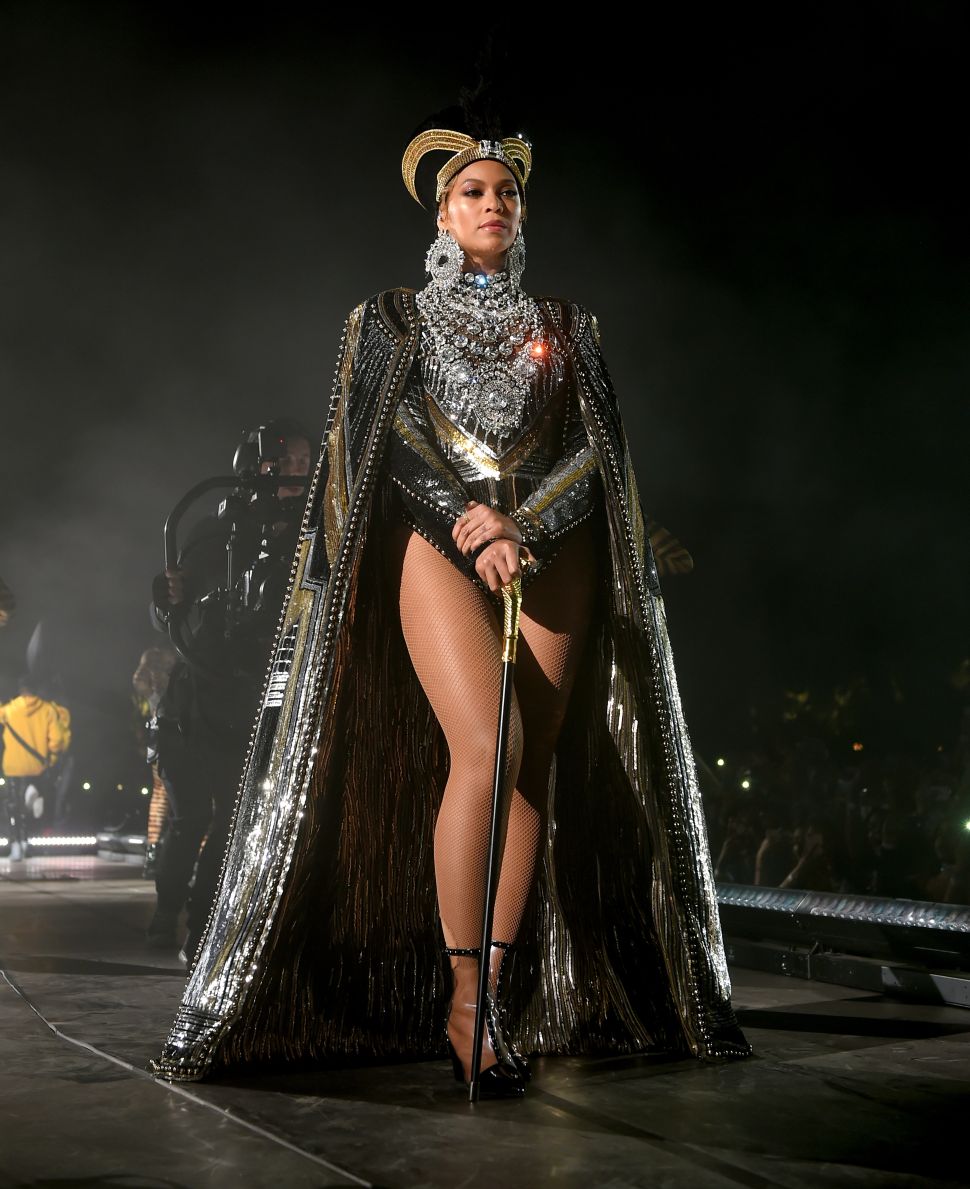