I don’t mean ‘recall de Blasio’ in the same way as the 2012 attempt to recall Wisconsin’s governor Scott Walker, although it may come to that. I’m referring to the mayor’s out-of-state trips. He should come home and stay home.

As one cynical wag put it, “The mayor should [woke] up and smell the urine.”  According to a recent Quinnipiac poll, 76 percent of New Yorkers don’t what him to run for president… one of the reasons for his campaigning around the country.

Mayor de Blasio has visited Puerto Rico five times and has ventured as far as California, Florida, Iowa and closer to home, Vermont and New Hampshire. These are three-pronged-agenda trips where he: 1) promotes “pragmatic progressivism;” 2) tests the waters for a presidential run; and 3) raises funds to do so.

Meanwhile, back home, things are not so rosy. It seems odd to push his policies on others when there is a pervasive sense the city is slipping into the bad old days as a result of his priorities.

Here are four areas in which NYC is regressing.

First, homeless people have moved onto my block. Clearly mentally ill, they rant and rave, curse, defecate on the street and resist all efforts to be helped. These are not RD Laing’s “dancing to a different drummer” victims.

Accompanied by a mountain of plastic bottles and cans, their filth scattered about, they reside for days on the sidewalk and street. Meanwhile, ever-alert traffic police ticket UPS trucks, momentarily stopped for a delivery, but leave large stretches of parkable street filled with this detritus.

While both the left and right pronounced at endless congressional hearings that no president is “above the law,” clearly the homeless are. The police, sanitation and traffic inspectors, so quick to hand out fines to everyone else, do nothing.

To prove the point, a friend has a co-op in the flower district. There, homeless scavengers go through her recycling bins and throw garbage on the street. Then sanitation inspectors come by and fine her building for having this mess on the sidewalk.

I came back on a red-eye that landed at JFK at 5 a.m. and took the E train into Manhattan from Jamaica. There were so many sleeping homeless that bleary-eyed workers on a long commute to their early morning jobs could not find seats. One entire car was empty as an odorous feces-encrusted man was sleeping and no one could stand to be in the car. I saw a man give a forceful kick to one of the sleepers trying to make him give up a seat.

Second, the murder rate is up 55 percent; shootings up 69 percent. In Brooklyn, residents are beginning to feel unsafe, as they did in the days of yore. Nothing will stop the revival of the outer boroughs faster than the fear of going out on the streets.

Third, the NYC Housing Authority (NYCHA) has been partially taken over by the federal government because years of neglect and mismanagement created unsafe conditions. The mayor’s inability to find a competent NYCHA manager with a coherent recovery plan is a sad commentary on his talent pool.

Lastly, the MTA is a total mess. Everyone in the city feels the effects of decades of neglect to subways, trains and terminals. Many rides are a shark tank of the lumpen proletariat as endless beggars make their “subway pitch.” While the mayor is not solely responsible for this crisis (NY State hasn’t been helpful), his lack of focus and concern grates on all MTA users as they experience the daily failure of government to deliver this basic urban service.

Bottom line: If you are going to tell others how to govern, and want to promote your priorities, it would help to have your own house in order. De Blasio has not done that. An administration insider, who for obvious reasons requested anonymity, told me, “All the competent people have left. It’s chaos. The mayor’s wife is doing all the vetting of key hires.”

To me, it is clear de Blasio needs to focus on the multiple failures here: homelessness, crime, affordable housing and mass transit.  He needs to attack the root causes of these crises and develop programs to combat them. Just saying, “Money is in the wrong hands,” is not going to get the suffering, mentally ill off the streets, out of the subways and into the housing and mental health services they need.

Raising funds for a future campaign, while working people leave an hour early to allow for subway delays, sends a message of indifference to those he claims to champion.

Not finding competent, independent and creative leaders for agencies like the NYCHA and the MTA makes one wonder why you would give him a mandate for higher office if he can’t manage the current one.

Crime is down overall and that is praiseworthy, but gun violence is up, and, like cancer, it can metastasize quickly if not brought under control.

As a near lifelong New Yorker, I have lived through up and down cycles. It would be a tragedy to let decay take root again.

My sincere recommendation is for de Blasio to come back to the city and solely focus on making this a better place for all of us to live. Then, when his term is up, he can proudly say, “I gave New York my all.” 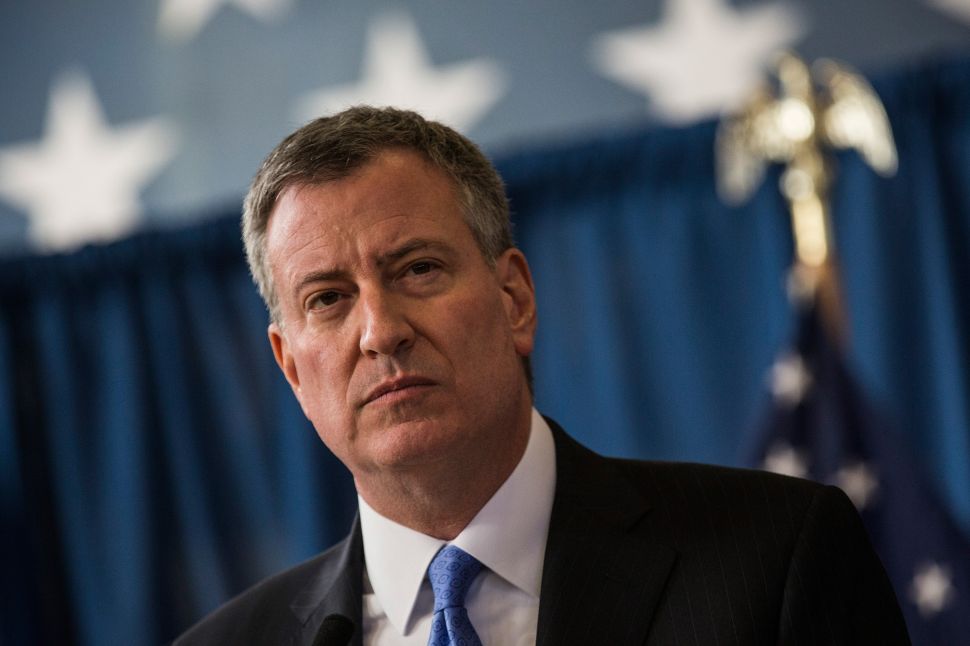