Consider this for a moment: How many people in your life actually use meal-kit services like Hello Fresh or Blue Apron? Promotional materials for these kinds of subscription-based businesses are everywhere (podcast ads, subway ads, referral programs, sponsored YouTube content—you get the picture), but at this point many of us are wondering if this method of food delivery has actually revolutionized the food industry the way it was supposed to. Founded six years ago, Blue Apron was one of the first meal kits on the market, but since then the brand has struggled to stay consistent.

Blue Apron Holdings’ stock soared this week by 16 percent after it appointed its new CEO, Linda Findley Kozlowski, a former executive at the DIY e-commerce giant Etsy. “Over the past year, the company has made significant product, platform and operational advancements, and now has the right foundation for growth,” Kozlowski said in a statement. “I look forward to working closely with the team to focus on the best opportunities to attract and engage consumers and drive the business to new levels of performance.” This is good news in the short term, but Kozlowski is replacing former CEO Brad Dickerson at a crucial crisis point for Blue Apron. Since going public in 2017, the company’s shares have dropped by almost 90 percent.

So, what’s the cause for Blue Apron’s failure to really catch on? As with any bright idea that promises to disrupt an industry, its service sailed in on a sea of hope because it offered an enticing and (literally) fresh solution to a universal problem—buying groceries is boring, time-consuming and a total drag, but you have to do it or else you’ll starve. However, as Blue Apron embedded itself in the public’s consciousness, competitors sprang up (Plated, Chef’d, Sun Basket, Purple Carrot, Freshly and the aforementioned Hello Fresh, to name a few), which ultimately translated into something akin to meal-kit marketplace exhaustion. This, coupled with the fact that making a meal-kit operation profitable is incredibly difficult, has led to stark financial peaks and valleys overall.

“The Achilles’ heel of meal-kit companies is that the business has exceptionally high customer acquisition costs, high operational and supply-chain costs, high logistics costs and low customer retention,” Forbes contributor Brittain Ladd wrote in a July 2018 story about Chef’d going out of business. Think about how much people power and regulatory oversight is required to package and ship quality perishable goods to users’ homes, and then consider just how much money a meal-kit company would have to make to recoup those costs. Sure, total meal-kit sales in 2017 were projected to be around $2.2 billion, but when you compare that to how much the grocery industry and the restaurant industry are worth ($780 billion and $540 billion, respectively), it looks more like small change.

Ladd added in his story that of the meal-kit companies he’d evaluated, only one had earned any actual profits, “but that was only for a period of three months before sales declined erasing margins.” He later wrote in December, “Of all the industries I’ve evaluated, meal-kit companies rank among the worst run and poorly managed businesses in existence,” adding that he thought few of them would experience growth and citing a Nielsen study from March 2018 that concluded that only 9 percent of consumers had purchased a meal kit.

Furthermore, meal kits aren’t as consistently reliable as grocery stores. In February, NPD food and beverage industry analyst Darren Seifer explained to Eater that meal-kit subscriptions are most often cancelled by customers for two key reasons: First, the service is too expensive to keep paying for it after initial discounts expire. Second, the rigorous planning involved in plotting out meals days in advance is just too restrictive. “Dinner is often a last-minute decision and sometimes people just don’t want to decide [what to eat] a week before,” Seifer said. “They want to decide in the moment.”

Meal kit inventors have set out to eradicate the age-old “So, what do you want to eat tonight?” conversation. And yes, bickering about what you’re hungry for seems like an anachronism that belongs in the 19th century. But it also feels so embedded in our social lives that it’s impossible to let go of it. No matter how aggressively our lives are optimized and scheduled and allegedly made easier, Silicon Valley may never be able to find a bio-hack for basic human fickleness. Sometimes you just want to say “to hell with it” and have Fruit Gushers for dinner. 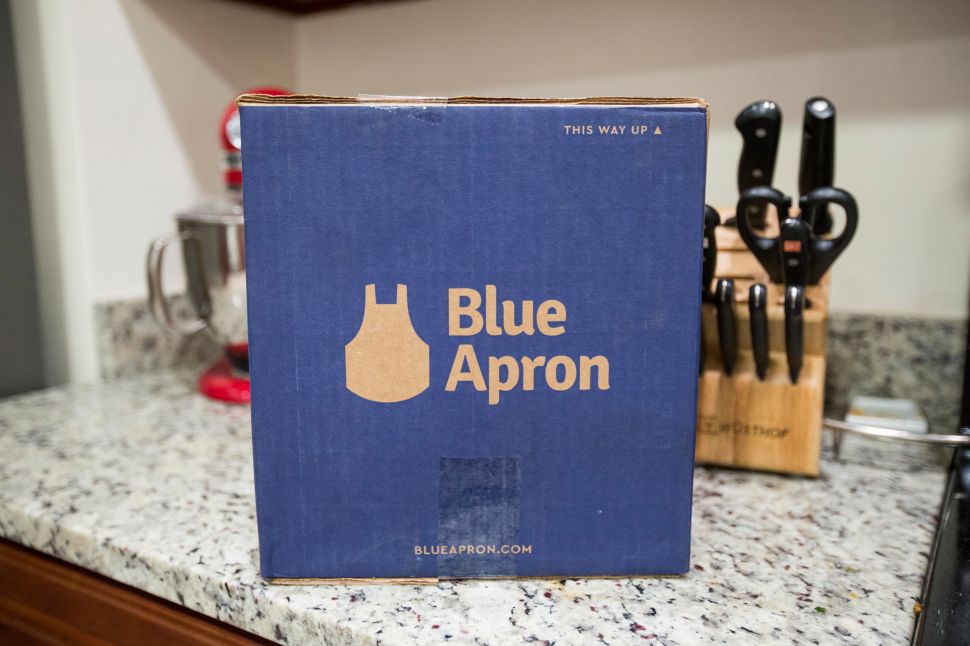