Nobel literary laureate Bob Dylan is adding yet another job title to his long and winding resume: distillery-slash-gallery owner.

The news arrives as Dylan’s whiskey brand, known as Heaven’s Door (a name that is at once both subtly threatening and an homage to the much covered “knock, knock, knockin’” song), announces its intention to make a singular and permanent home at a soon-to-be renovated historic church in Nashville, Tennessee. The brand distills several products, including a 100-proof whiskey, a straight bourbon and a rye whiskey.

The grand opening for the distillery is slated for 2020, following massive renovations to the building. As its future name––Heaven’s Door Distillery and Center for the Arts––suggests, these plans include far more than just a singular space to produce and bottle whiskey. The art center will have room enough to provide a concert venue (no word on whether Dylan will have a Vegas-style residency), as well as a massive gallery to show Dylan’s paintings and metalwork sculptures.

The building in question is known as the Elm Street Methodist church and is a somewhat dubious if controversial National Historic landmark. The church is listed as an important site from the Civil War, though the application that earned it National Historic status states it wasn’t constructed until 1871, six years after the war ended. A book by Nashville history expert James Hoobler, however, says that the church was built by 1860 and historically-minded sleuths seem content with that analysis.

Those who can’t wait until 2020 to see Dylan’s art in person can visit the Gilcrease Museum at the University of Tulsa in Oklahoma between May 10 and September 15 to view the exhibition “Bob Dylan: Face Value and Beyond.”

The exhibition will highlight Dylan’s “Face Value” pastel portrait series alongside handwritten lyrics and personal items housed by the museum’s archive. Dylan has created visual art since he was a child. Works from various periods in his life, often grouped as series that explore similar themes or media, have been exhibited around the globe to wide acclaim.

Dylan’s artworks extend the general themes evolved through his massive songbook into several media. Works like Skip Sharp, one of the “Face Value” portraits that will show at the Gilcrease, and an oil painting called Two Sisters exemplify the examinations he makes into the psyche of individuals and the complications of interpersonal relationships. Rough early works often focus on the feeling and nature of places and geographies, permeated by the Woody Guthrie-type of observations that marked Dylan’s first forays into folk.

The metalwork, branded as Black Buffalo Ironworks, was first introduced to the public through a 2013 exhibition at Halcyon Gallery titled “Mood Swings.” Dylan welds found items like calipers and gears and springs into gates and wall pieces that create unexpected, sometimes organic geometric patterns. In fact, the label on Heaven’s Door is taken from the silhouette of one of his gates. Their rawness could, perhaps, be taken as an extension of the unexpected reinventions that have marked his music career––first to electric, then country, and even, unfortunately, to Christmas music.

Heaven’s Door Distillery and Center for the Arts is poised to present a celebration of everything that makes Dylan great. All that seems to be missing is his commitment to play two shows a day, six days a week in the music venue. 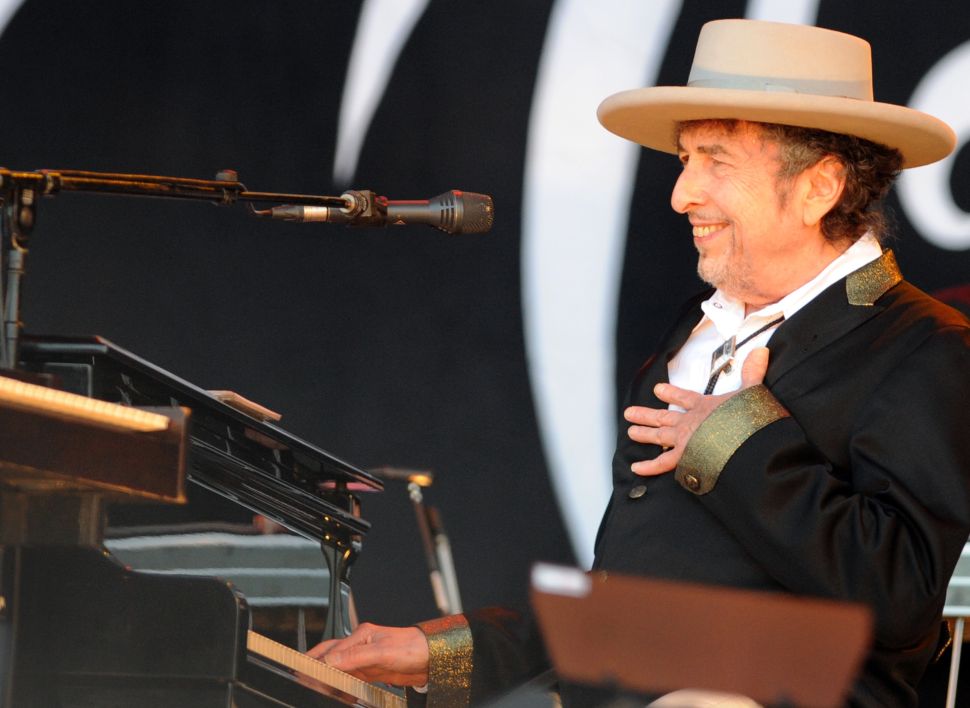