Hollywood finds itself in a particularly precarious position at the moment. As of this writing, the 2019 box office has fallen to its lowest total in six years, signifying that the film industry is in the midst of a slump. Spoiler alert: It won’t last, not with Avengers: Endgame kicking off what should be the greatest summer blockbuster movie season in history. But what will happen after that?

Depending on the vitality of your social life—at parties, are you a Tyrion Lannister or a Bran Stark?—you’re likely quite familiar with the Marvel Cinematic Universe, Star Wars, the DC Universe, the Wizarding World, and the Fast and Furious series. These are, for the most part, the biggest blockbuster franchises in Hollywood. But they can’t go on winning forever. As such, the major studios are likely making sacrifices in the name of the Dark Lord Cthulhu in hopes that these five upcoming properties pop as the next big things.

Detective Pikachu is already a good bet to lead WB’s box office in 2019, but why stop there? We live in the era of repetitive cash flow where Hollywood is hell-bent on squeezing sequels and multimedia expansion out of every single piece of IP. Well, POKÉMON just so happens to be the highest-grossing multimedia franchise in the world. Ever. And the studio is showing a ton of confidence in the property, with a sequel already in the works and talks of a POKÉMON shared cinematic universe. Are you ready to make peace with your inner child, thereby diffusing years of cathartic therapy into an easily digestible two-hour blockbuster? Of course you are. [Passes box of tissues.] 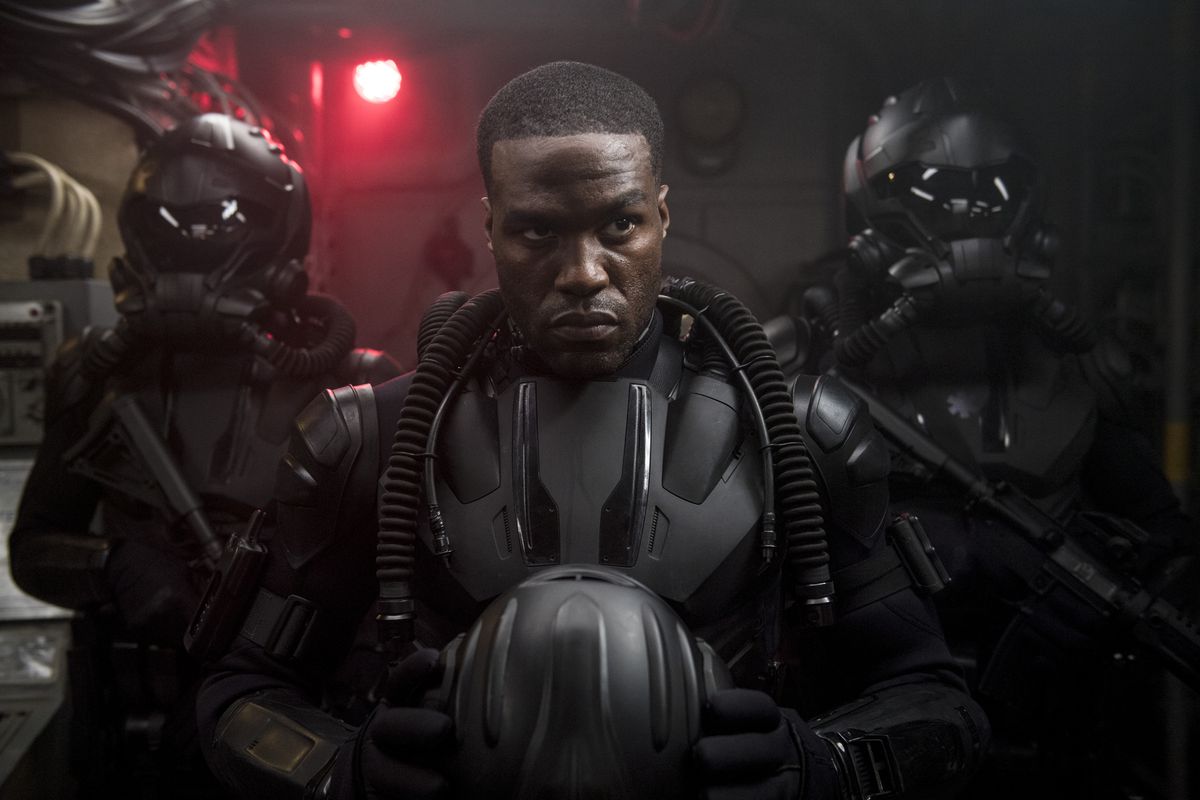 Aquaman‘s Yahya Abdul-Mateen II, who played Black Manta, has been cast as the lead in the Jordan Peele–produced “spiritual sequel” to the hit horror franchise. The original Tony Todd–led film spawned two sequels and is generally considered a contemporary horror classic. While Candyman may not have the grand industry-spanning designs some other entries on this list do, it fits perfectly with Universal’s consistently effective bang-for-your-buck approach. It’s the type of low-risk, high-reward endeavor that has kept the studio near the top of the box office without any superheroes. Peele and Win Rosenfeld penned a screenplay that will be directed by Nia DaCosta, whose latest film, Little Woods, we loved.

Dwayne “The Rock” Johnson and Emily Blunt are a blinding one-two punch of star power, so naturally Disney is hoping their combined charisma can lift Jungle Cruise—based on the Disney theme-park attraction—to the same lofty heights as the Pirates of the Caribbean franchise (the less said about The Haunted Mansion adaptation, the better). Disney is an acquisition-based studio, having purchased the likes of Marvel, Lucasfilm and Pixar to bolster its bottom line. But developing an in-house hit with sequel potential, especially as the Pirates series is stuffed into Davy Jones’ locker, would be a major win for the Mouse House.

Paramount Pictures has completely retrofitted its upcoming release slate to better reflect Hollywood’s current franchise-driven ecosystem. Chief among its priorities could be launching the Hasbro Cinematic Universe, which consists of such titles as Transformers, G.I. Joe, Power Rangers and more. While plans for the HCU have been reduced recently, many of the main properties remain in various stages of development.

If Paramount pulls the plug on this ambitious undertaking, however, the studio would likely pivot to Michael B. Jordan’s Tom Clancy adaptation. The studio has been investing heavily in Without Remorse, hoping it could launch a new action-spy-thriller series with Jordan as its star.

For years, Sony has been trying and failing to launch its own shared universe populated by Marvel Comics characters. Finally, the studio succeeded with Tom Hardy’s Venom, which shocked industry observers when it grossed $855 million worldwide. Despite the awful acronym Sony cooked up—SUMC sounds like a skin rash you contract in your college dorm—it now has a foothold into its own interconnected comic book–verse. Next up is July’s Spider-Man: Far From Home, which fulfills the six-picture deal Sony and Marvel signed to share the character, and then Jared Leto’s 2020 feature Morbius.