On Tuesday, the House Judiciary Committee held a hearing on the proposed Equality Act, a bill that seeks to offer LGBTQ people protections against discrimination based on sexual orientation or gender identity. The bill takes aim at the Bill Clinton–established Religious Freedom Restoration Act, which some critics say grants “a license to discriminate.” The next day, four members of the Queer Eye Fab Five (lifestyle expert Karamo Brown was not in attendance) arrived in Washington, D.C., to promote the passing of the bill and speak on a panel at the Library of Congress—but just as importantly, they came to meet the hottest rising star on Capitol Hill: Bronx-born socialist congresswoman (and vocal Cardi B fan) Alexandria Ocasio-Cortez.

As Netflix’s coolest hotshot ambassadors and beloved arbiters of self-care, the rebooted Queer Eye cast are the perfect public figures to draw attention to the goings-on of Washington and create highly entertaining social-media moments along the way. (And speaking of politics, did you catch these guys almost falling apart when Pitchfork asked them about communism the other day?) Almost as soon as the quartet arrived, photos of Ocasio-Cortez giving her guests a guided tour began to pop up on Twitter in droves.

Grooming expert Jonathan Van Ness told Vanity Fair that his imperative for talking to Ocasio-Cortez was to ensure that transgender people and the escalating tide of violence against the transgender community were kept at the fore of the discourse surrounding the Equality Act. “It was really cool to have that moment to hear from someone who’s doing so much with their time to effect so much change,” Van Ness said. “I know that for all of us—we are trying to effect change in ways that are important to us, too.” Bonus: Van Ness and the congresswoman both wore pink attire that basically could have been part of the same collection.

Additionally, the group had the opportunity to meet representatives Pramila Jayapal and Sharice Davids and Speaker of the House Nancy Pelosi, and get a comprehensive look at some historically significant treasures. As Van Ness told Vanity Fair, “We also got to see locks of Beethoven’s hair, and we also saw these really cute little mini-pearls that were worn by Mary Todd Lincoln, and we saw some original writings from Rosa Parks and Walt Whitman.”

For his part, Queer Eye‘s resident culinary expert Antoni Porowski was effusive about his respect for Ocasio-Cortez. “Knowing that she used to be a waiter, I was really excited for the humility and toughness,” he said. “And she definitely had that, but [was] also super kind… She dipped out of, like, three different things on three occasions to come chat with us. She was really sweet.”

All that’s left for the new friends to do is make Ocasio-Cortez a guest star on Queer Eye. She can fix my life anytime, henny! 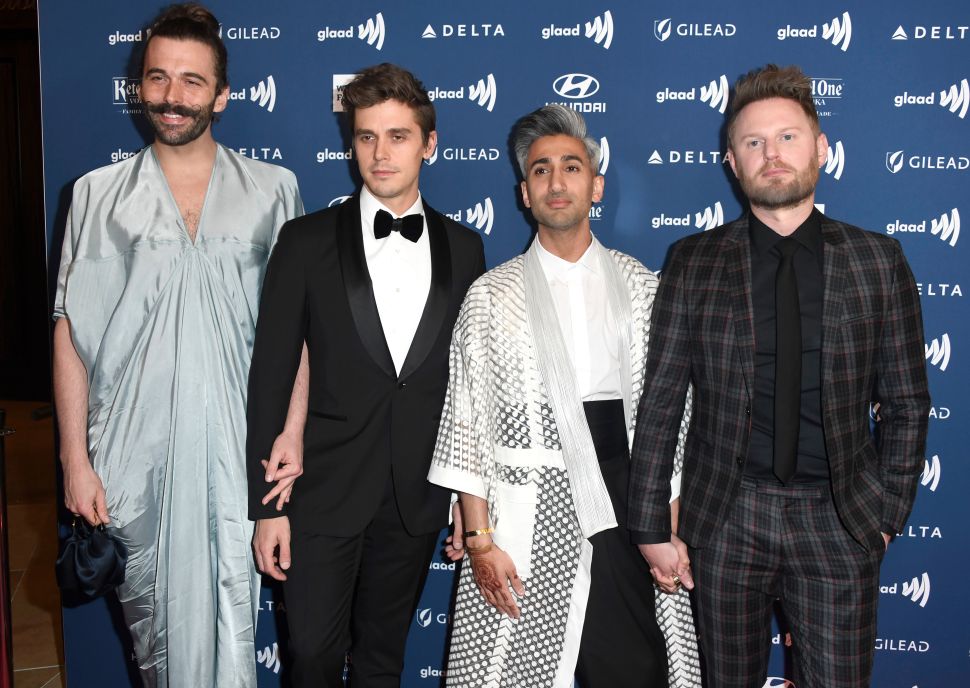