During the 2016 election, charges and rebuttals were issued about whether the Democratic National Committee “helped” Hillary Clinton win the nomination. Those claims are in dispute, but what’s really clear is that current Democratic leaders are changing state elections from caucuses to primaries, and Bernie Sanders is the likely loser from such a shift. But is that a good thing for the party of the left?

The Tale of the 2016 Election Nomination Battle: Sanders vs. Clinton

The Democratic Party in several states is considering shifting their elections from caucuses to primaries.  Why is it occurring now, and why are they making that particular change? To understand why, it’s important to remember the lessons of the 2016 election.

Of the 59 political entities that voted in 2016 (50 states, territories, Democrats living abroad, etc.), the majority went for Hillary Clinton, the former first lady, New York senator and secretary of state. In fact, she won 64.4 percent of them, on her way to being the first woman to win a major party nomination.

It was supposed to be a landslide. She was the clear favorite, dominating the polls with incredible name recognition and experience. Senator Sanders wasn’t well known outside of the New England area, a gadfly who wasn’t even a member of the Democratic Party. It was Maryland Governor Martin O’Malley who was supposed to provide the Democratic opponent.

Yet there was Sanders, giving Clinton all she could handle. The question is why.

Sanders appealed to the progressives, the hard-core liberal Democrats, the kind who make up a tiny but committed band of partisans. Those were the kind of supporters who would stay and politick for hours at a caucus in a small state, but might be drowned out in a high turnout primary.

Well that’s the theory, at least. Is it supported by the evidence? To determine this, I looked at the 2016 states and political entities from the nomination battle, and who they voted for.

Initially, the theory got off to a rough start, as Hillary Clinton won the Iowa Caucus and the Nevada Caucus, while Bernie Sanders captured the New Hampshire Primary. Clinton didn’t win her first primary until South Carolina, while Sanders didn’t prevail in a caucus until Colorado, but after that, it became a very different story.

Of the 21 states that Sanders won, more than half were caucus states.  He won 11 of the 18 caucus states to Clinton’s seven three years ago.

When it came to primaries, those were clearly in Clinton’s corner. The former secretary of state captured 31 of the 41 primaries on her way to win the nomination.

For those keeping score, Clinton won 31 primaries, but only seven caucuses. And Sanders won twice as many caucuses as a random model would have predicted. Sanders was less likely to like a primary result, while Clinton was far less likely to capture a caucus.

The New Trend: Changing From Caucus to Primary

The State of Washington’s Democratic Party has now voted to change from a caucus to a primary for the 2020 presidential contest.

“Instead of cramming into a local gymnasium or community center and arguing for candidates at a caucus with other party loyalists, Washington will choose presidential nominees the same way we decide every other election—by mail-in ballots,” reported The Seattle Times.

And Alaska’s Democratic Primary is thinking of doing the same, as The Anchorage Daily News reports:

Executive Director Jay Parmley said Thursday that participation in the state party’s caucuses has grown and that 2020 is expected to feature a hotly contested presidential primary. But there are barriers to participating in caucuses, he said, including getting to a caucus site and staying there for however long the process takes. He said there were few caucuses in rural villages, citing organizational challenges as a factor. “At the end of day, we just felt very strongly that moving to a primary system would be more representative, allow for more participation and be easier, quite frankly, more accessible to Democrats in Alaska to vote,” Parmley said.

From Maine to Minnesota and from Colorado to Idaho, other states are making the change from caucus to primary. And with each change, the reduction of the partisans becomes more apparent, also hurting Sanders’ chances of winning as well.

Is It a Good Idea for Democrats?

Some in the Democratic Party who are concerned about a relatively unelectable Vermont senator are likely to greet the news with enthusiasm. Anything that’s bad for Sanders, the party pretender (he still refuses to join it), is good for Democrat chances, right?

But all of that passion that goes into picking a nominee is likely to be gone too. Imagine the party faithful, catching up with friends, injecting their passion into a debate at a union hall, local college auditorium, the government center or school cafeteria, being replaced by the most impersonal of political activities: the mail-in ballot.

Be careful what you wish for, anti-Sanders Democrats. 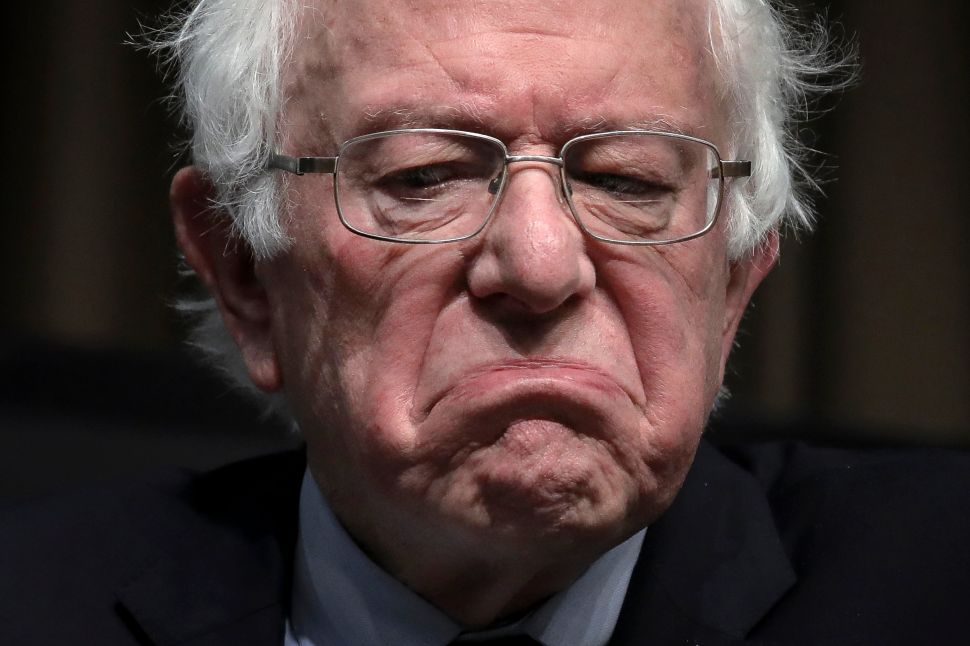