Chhay Chhun, the co-founder and CTO of KidPass, sits in an open office space with views of midtown Manhattan’s rooftops below. KidPass is a subscription service for new parents to book activities centered around their young kids at significant discounts in New York City, Washington, D.C., San Francisco and Los Angeles.

If variety is the spice of life, then KidPass members are living an exceptionally spicy existence because KidPass’s focus is variety. Parents pay a monthly fee, $49 to $189, and their kids aged 0 (yes, prenatal yoga is available) to 5-years-old can sample various experiences: making art at an established chain like Gymboree; cooking at smaller independent venues like Fresh Made NYC; classes in chess, acting or music; and museum visits.

Chhun and co-founder Solomon Liou, who initially met their freshman year at Harvard University, launched KidPass in 2016 after realizing the kid space was “broken.” At the time, Liou’s wife was pregnant and he found no streamlined website to research, book and pay for kid-centric activities. Customer reviews were spread out between Yelp and Google, and there was no easy one-stop-shopping with discounts.

Chhun, not yet a dad (he now has a 19-month-old) soon concurred. He was getting married, and his wife, who he describes as having a “type A personality” was already talking with him about how to raise children. He recalled a report that stated children’s success at school increases by exposing them to different activities.

Since KidPass launched, Chhun and Liou are Y Combinator accelerator alums, part of Grand Central Tech, employ 20 people, have raised funding and a monthly recurring revenue of $500,000, according to Chhun.

Chhun was born in Thailand to Cambodian parents fleeing the Khmer Rouge in the late 1970s. He spent his first couple of years in refugee camps. After resettling in the Parkchester area of the Bronx with his family, he eventually graduated from a prestigious prep school and Harvard University.

During a conversation at his office, Chhun discussed how he was able to take a startup idea from conception to actual, real-life business, explained how being part of a resettled refugee family has impacted KidPass and commented on the current administration’s immigrant policies.

What inspired you to pursue a startup like KidPass?
I wanted to do something that made some type of difference. Growing up in the Bronx, I didn’t even know what kid activities were. Kids played in the streets or you joined Little League. I was lucky enough that my dad pushed me to go to a martial arts school. Now, the diversity of things to do has changed dramatically.

KidPass helps families spend quality time together. Family is really important to me because of my family’s refugee experience; it’s always there.

KidPass is all about play. Sometimes young kids in refugee or immigrant families take on parental roles because of language or cultural barriers.
You do grow up fast. I was the one filling out forms [for my parents, due to the language barrier]. My two older sisters didn’t have the patience for it. I sat at the kitchen table with my mom, I used to take her step-by-step through each question. That was the role I played.

How did KidPass go from concept to actual startup?
My co-founder Solomon Liou and I have worked on projects together before. We saw that KidPass could fill this need for new parents—his wife was pregnant, I was getting married and planning to have kids.

I had worked at Time Out Kids, so I got some exposure to the kid space. We started kicking around the idea of KidPass to each other, and it clicked one day when we said it should be a subscription model.

We wanted to make the experience fast and easy. Millennial parents don’t want to show up somewhere and drop off a check, they want to do it quickly online. Also, we wanted KidPass to give parents the ability to experiment and see what their kids like. Why pay $1,000 or $2,000 for a full semester when you don’t know if your kid will want to go?

You both attended the accelerator Y Combinator, did that help KidPass?
We went winter 2017, it was very intense. You have these targets that you set for yourself, and it’s all about hitting these growth rates. It was tough too because my wife was pregnant; I flew back to New York every weekend. I still feel bad about it. She went through three months of her pregnancy without me.

We learned a ton through the process, although we sometimes got conflicting advice from very smart people at Y Combinator. So, we needed to filter things, figure out what’s most important for us.

Do they take a percentage of the startups?
They take seven percent.

Was finding additional funding for KidPass difficult?
Sol has very good connections, he went to Wharton [School of the University of Pennsylvania]. Kevin Ryan led our angel round; he’s a New York investor, he started MongoDB, Business Insider, Gilt. Once we had Kevin’s name on KidPass, it was easier to get more funding. Series A was led by Javelin Venture Partners.

Were your parents academics? How did you end up going to Harvard?
No, my dad worked as a tailor, my mom worked in a sweatshop when we first arrived, later the eyeglass company Luxottica.

They had to pay for school back in Cambodia, they have a grade school education. So for them, a free education in the U.S. was like, crazy, just take advantage of it! Even though they couldn’t help with the actual work, they always made sure that we prioritized school and got good grades.

I went to C.S. 102 in the Bronx and in 5th grade, my teacher suggested I apply for Prep for Prep.

What’s Prep for Prep?
It’s a non-profit that wants to create leaders of color. They take kids out of the public school system, catch them up academically to get them into private schools in the 7th grade. It’s rigorous, not everyone makes it through the program. I ended up going to Riverdale School. If it were not for Prep [for Prep], my journey would be very different.

Did you like Riverdale?
Culturally, it was very different. I don’t think I was ever comfortable at the school. Everyone was not who I was: mostly white, mostly Jewish, definitely a different economic background. It opened my eyes to the city’s inequality and differences in education.

We grew up in a one-bedroom apartment, my two sisters, myself and my parents in the bedroom; my two uncles were in the living room. Rats and roaches, I thought that was normal. [laughs]

As part of a resettled refugee family, what do you think about family separation at the U.S.’s southern border?
It just pisses me off. In my own family, people were separated when they went through the Khmer Rouge, you wouldn’t expect America to be doing that. It’s the two sides of America: we’ve always been xenophobic, but also say that we’ll welcome anyone with open arms.

I wouldn’t have pictured any administration to be this open about xenophobia— that’s surprising. A lot of people who feel like they don’t have power, gravitate to this language. If you are able to demonize another community, that makes you feel a lot more powerful. It’s unfortunate because normalizing all that rhetoric has consequences for minority communities. 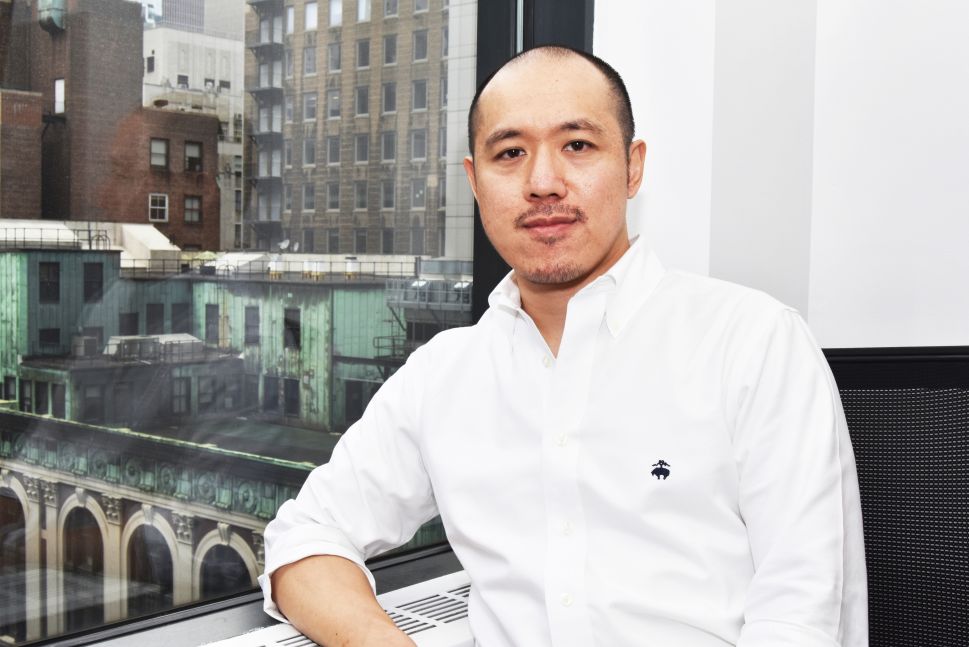