Senate Minority Leader Chuck Schumer (D-N.Y.) will reportedly propose rolling back parts of the the Republican tax plan as a way to generate government revenue and finance a bipartisan infrastructure bill.

The news comes as both Schumer and House Speaker Nancy Pelosi (D-Calif.) prepare to meet with President Donald Trump on Tuesday to discuss funding for the long-touted infrastructure package. According to POLITICO, a “source close to Schumer said unless Trump considers rolling back some of the 2017 Republican tax cuts, the top Senate Democrat won’t even consider a proposal from the president to raise the gas tax.”

Lawmakers from both parties are open to financing infrastructure reform through raising the federal gas tax; Transportation Secretary Elaine Chao told reporters earlier this month that a gas tax hike was on the table, a move which has angered many conservative watchdog groups. While it is unlikely Trump will reverse a significant economic policy win, Schumer and Pelosi outlined three priorities ahead of the Tuesday meeting. 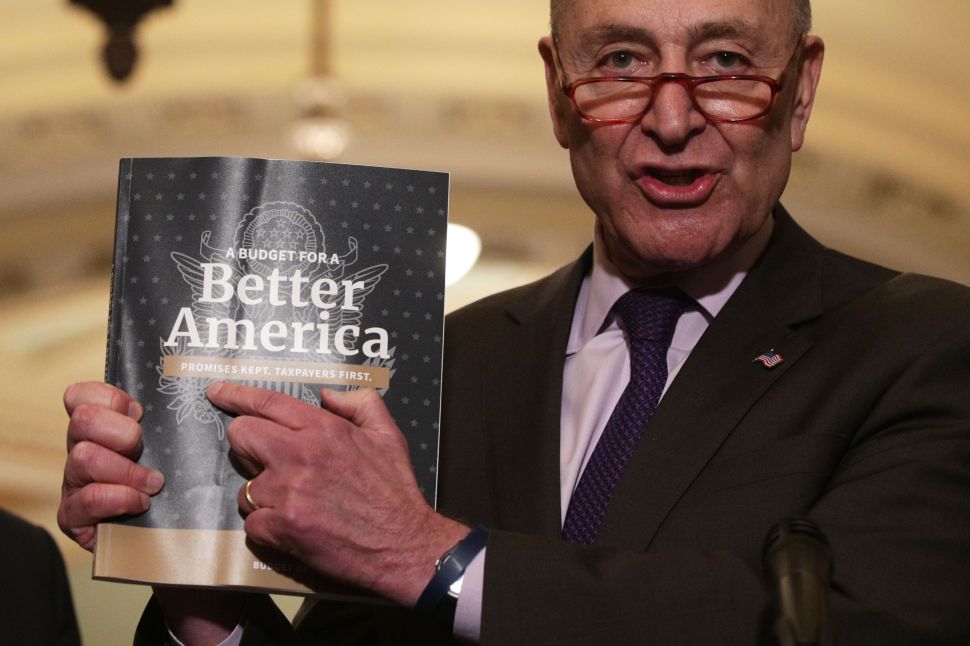