CJ Hendry may be one of the world’s best-known artists on social media who was, until recently, also one of the least known within the art industry. Hendry is what’s referred to as an “Instagram artist,” a person who begins and builds their career on the social media platform—often apart from the establishment. Like many Instagram artists, Hendry’s work has a viral photographic appeal: her pencil drawings render luxury goods, sportswear and paint blobs in such a realistic style that the inclusion of her hand in the photo becomes an optical illusion. It’s rewarded her with more than 350,000 followers and IRL exhibitions that regularly move over a million dollars’ worth of inventory. Most artists will never find that kind of success, or the press attention she’s received, without participation in the more traditional art eco-system.

To wit, her latest exhibition, “Rorschach,” opened this Wednesday to coverage from TimeOut, DesignBoom and Dezeen. If art professionals know about Hendry, though, most learned about her through last week’s profile by the New York Times, which ran with the question: Can she woo the art world? The question belies the art world’s general aversion to easily meme-able imagery that feeds social media algorithms. But beneath that question lies another and another. Does she need to woo the art world? Why do people buy the work? Is the business model she’s pursuing compatible the art industry’s traditional framework? Do they need to merge?

Hendry plays a little aloof when it comes to the subject of representation. “The natural progression is [towards] working with gallery—if they’re even interested,” she told Observer. “I’m not going to be here banging down the doors.” In other words, she’s open, but not that open.

And she doesn’t have to be, a reality revealed by her website, which more closely resembles an e-commerce site than it does an artist portfolio. Currently, a countdown clock ticks off the minutes before her newest work goes on sale—a suite of lenticular prints that cost $575 each. (The pieces are available for purchase on April 15). If, like the rest of her show, the suite sells out, she will have done so without listing so much as a CV—a staple in the art world.

The show itself transforms a 3,000 square foot warehouse space in Dumbo into a labyrinth-like psych-ward for kids, complete with inflatable bouncy floors and white padded walls, as well as a showroom for her drawings made of faux white brick. Relating to the drawings themselves, which picture brightly colored squish paintings in the form of Rorschach tests, the installation alludes to Hendry’s own struggle with mental health issues. The artist further extends the allusion by naming each drawing after Hollywood thrillers about insane murderers—Shutter Island, The Talented Mr. Ripley and The Gift, to name just a few. (Unlike most gallery exhibitions, which are free, Hendry charges a $10 entry fee, but visitors get a pair of socks with one half of a matching Rorschach pattern on each foot and a hospital wrist band that reads, “Rorschach Psychological Institute”.)

Like many, the co-founder of Brooklyn’s Microscope Gallery, Elle Burchill, finds Hendry’s career remarkable. “It is kind of astonishing that she’s selling work without people having seen them, right off the internet, and without the history,” she told Observer. “Because collectors do care. CVs are something that collectors pay a lot of attention to.”

A CV can signify an element of stability in an artist’s career and work, something Burchill says a gallery presence builds for the artist. “People want to know that an artist is serious. A gallery that has a reputation and history that is in dialogue with the broader art world provides that assurance.” Another argument for gallery representation, according to Burchill, is its role in shaping an artist’s narrative through exhibitions that may come to be considered historical.

When asked whether an artist’s career is any more or less stable if built on Instagram, dealer Meredith Rosen replied, simply, “Good artists tend to defy accepted wisdom about everything, including the market.”

Hendry’s success challenges the notion that artists even need a gallery. Typically, this assumption isn’t questioned by insiders because of an awareness of the level of knowledge required to do tasks like managing an artist’s resale market, which can have an enormous impact on the sale of new work. For example, a huge sale at auction might increase the value of new work whereas a work that fails to sell can decrease the value. But, when I spoke with Hendry about how she manages her practice, she replied with a detailed explanation of her strategy on collector relations, which includes sussing out drawings sold in previous years and occasionally buying back works online to control the market. “It’s always good for pieces never to decrease in value,” she said. “That’s never happened before, which is good, but it’s something we’re really conscious of and we manage it where we can.”

Even over the phone, Hendry exhibits the kind of charisma I’ve only experienced with highly skilled salespeople and celebrities. It’s that charm, more than Hendry’s description of the art world as dismissive of Instagram artists and realism (as quoted in the Times), that brings out my cynicism. It’s common for successful artists to have long wait lists for their work, and speak passionately about a love for the craft, but when Hendry discusses these things they seem wildly exciting—an experience not so dissimilar to chatting with a dealer or auction house specialist.

After I got off the phone, it took several hours to remember that I’d wanted to know whether realism and Instagram were really the barriers to art world entry she claims.

The answer depends on who you talk to. Photorealist painter Marilyn Minter sees a definite bias. “Nobody in the art world cares about technique,” she told Observer over email. “That’s just too easy.” On the other hand, Hyperallergic editor-in-chief and co-founder Hrag Vartanian felt there was no bias. “If [what she said] was true she wouldn’t have a profile in the Times,” he quipped resolutely. “Critics want to be challenged.”

While Vartanian sees no shortage of market validation, he compared the work unfavorably to KAWS, who he sees as buoyed by market success, but without critical support. “I’m not seeing a lot past a very basic reading of the Rorschach test,” he said. As for the idea of Instagram being a barrier, that, too, was dismissed. “There’s nobody not on Instagram, so the idea that we’re dismissing it for being on the platform is ridiculous. No one has that attitude towards Cindy Sherman’s Instagram.”

While the art world dismisses the populism and facility of Instagram, Hendry balks at what many outsiders perceive as a cynical and superior art world. In her 2018 TED talk, which more than one interviewee described as misguided, Hendry incredulously cites the six and seven figure price tags attached to installations with no apparent craftsmanship: the can of shit by Piero Mazoni, Tracey Emin’s unmade bed, the piles of candy that Félix González-Torres deposited on art gallery floors. She presents these works as evidence that “art is what you can get away with” (an Andy Warhol reference). “They dare you to think that the whole thing is a bit of a sham,” she says of artists she half-applauds for having the courage to make work from familiar materials. While Tracey Emin’s messy bed surrounded by condom wrappers and liquor bottles seems to ridicule the value of artistic effort, that same criticism of González-Torres’ candy is wrong. The artist was dying of AIDS and the piles of candy made for the taking represented pills and lost weight, which never came up in Hendry’s talk, nor did his eventual death.

One gallerist, who preferred to remain anonymous for fear of breaking with art world norms, compared the intent of these conceptual artists in challenging established norms alongside Hendry’s previous drawings of high-end retail items. “She’s drawing pictures of products and selling to people who like those products—that’s just appealing to what people already like. That’s not challenging anything they already like.”

With the plethora of critical issues surrounding Hendry’s work and the lack of professional pedigree that typically supports commercial gallery prices, questions about how the work accrued its current value arise. According to Vartanian, the pricing has less to do with the aura of the art than it does the aura of celebrity. “If someone’s paying $10,000 for an artwork they’ve never seen by an artist who’s an unknown quantity beyond their social media, it’s the equivalent of paying for Mike Tyson’s boxing glove,” he explained. “It might have an association that reminds you of something, but at that point, you’re buying something based on its celebrity rather than as an artwork.”

Increasingly, though, the art world has embraced the aura of celebrity rather than rejected it. Over the course of the last decade, Pace launched show of Cindy-Sherman inspired photographs by Actor James Franco; Gagosian regularly displays Rauschenberg rip-offs by film director Harmony Korine; Galleries at Art Basel frequently showcase amateurish paintings by Actor Sylvester Stallone.

The question of whether gallery interest in Hendry simply follows this trend may be debated. Postmasters’ co-owner Magda Sawon insists the work has merit (particularly the earlier drawings), favorably describing Hendry’s work as more self-aware then they appear—“dumb-smart Instagram Age Warholian Pop” she wrote on Twitter. She also said that she planned to reach out to the artist.

Unlike the celebrities of Hollywood, though, who enter the market with an established name but no sales history, negotiating a relationship between a gallerist and an Instagram artist poses more challenges. The most obvious among those might be the traditional 50/50 artist-dealer split, which, if maintained, would cause prices to double. “I don’t actually think prices should do that. The market might push back.” Hendry explained. “I think there would be a slight increase and we would adjust the percentage accordingly. I’m not offended by that.”

Hendry sees a larger gallery that has the cash flow to help manage her current business a good fit, and with her profile rising, that pairing seems increasingly likely. “I got into this purely for the love of the art,” Hendry said. “The financial side is just a marker for being able to grow, but the art is just everything.”

If the business relationships can be negotiated, what we may find is a larger market that accommodates artists who don’t meet the critical demands of art professionals but are just as passionate about their work as anyone else in the industry. A larger market that offers more opportunities to more artists warrants some celebration, but it comes with a warning. The ability to achieve career success online without the critical eye of the gallery system means that artists can end up in big galleries with the cache of celebrity but without the capital of meaning. Without the mechanisms in place to evaluate and self-correct markets, we might find an industry that’s far less stable, and more collectors than ever will end up with crap. 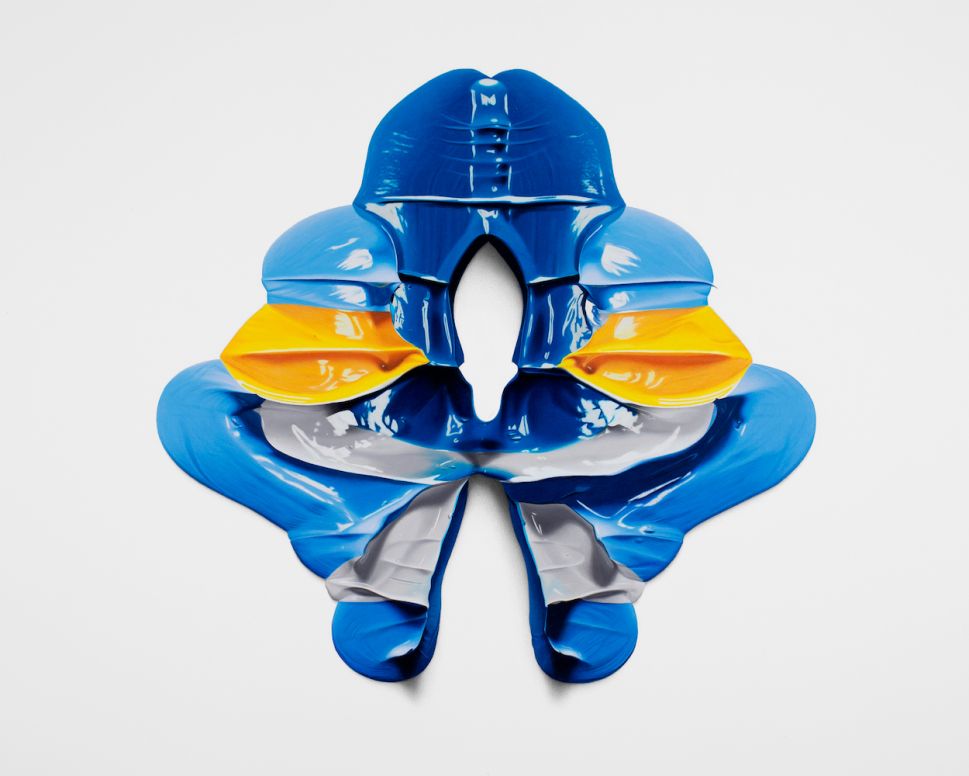