Working for art gallery owner Paul Kasmin was “an incredible experience, one of the best jobs in the world,” Clara Ha said, but after almost 20 years of it, the last three as director and partner, she needed a change. “I took time off to think about what my next direction would be.” That break lasted for three years, during which time she worked as an art advisor to collectors and as a consultant to artists pursuing major projects, and now she is back in the gallery business. This time, however, she isn’t the director but the owner.

Her new gig is Chart Gallery at 74 Franklin Street in Tribeca, and it opens this coming Thursday, May 2, with a group show of 16 artists titled “Reductive Seductive.” The exhibition, which was organized with Manhattan-based art advisor Simone Joseph, is a “transgenerational show” with one work from early 20th century dadaist Jean Arp and others by emerging artists of the present day. “Reductive,” Ha said, “refers to minimal formal language and composition. Pure color, line, design.”

A few days out from the launch, it was all quite hectic at this new gallery space, getting the inaugural exhibition ready and setting up a business at the same time, and Ha was short on time. Still, this is what she wanted. “I missed the interaction with artists as a gallerist,” Ha said, “and that led me to contemplate opening up a space of my own.” That thought led to the contemplation of other things: Where in the gallery-crowded island of Manhattan to open this place? How many artists should be represented by the gallery? Do I really want to go from being a gallery director, whose main job is to sell art, to being a gallery owner, whose principal concerns are paying rent, utilities, insurance and salaries? (That last question is a work in progress, and Ha’s best answer is “we’ll see how things go.”)

Choosing the neighborhood was not so difficult for her. “Chelsea is very expensive, which I know since I’ve worked there since the late 1990s,” she said. Tribeca, on the other hand, is more accessible than Chelsea and more affordable, and it “already has a strong group of established galleries, such as Bortolami and Postmasters.” She added that the neighborhood has some “great design galleries,” as well as “galleries that do historic shows and others that exhibit emerging artists.”

In addition, Tribeca’s art galleries also have a good supply of visitors but retains an “intimate feeling, which makes me nostalgic about the earlier part of my career,” Ha said.

In terms of the gallery having a stable of artists, Ha decided early on that the gallery wasn’t going to represent anyone. Her main reason for wanting to open a gallery was that she is “interested in bringing my own vision, my own program” into being, rather than be the top sales person for someone else’s ideas. Whatever her vision is, it won’t be tied to a roster of artists but rather pursued through exhibitions that are organized with other people—artists, curators, gallery owners or, like Simone Joseph, art advisors, and include artists who “represent ideas we want to build an exhibition around.” As such, Chart Gallery’s exhibitions are to reflect “a dialogue with a partner.”

That sounds like a nonprofit art center, but the work in each exhibition will be for sale, which certainly sounds like a commercial art gallery. Ha called her gallery a “hybrid.” 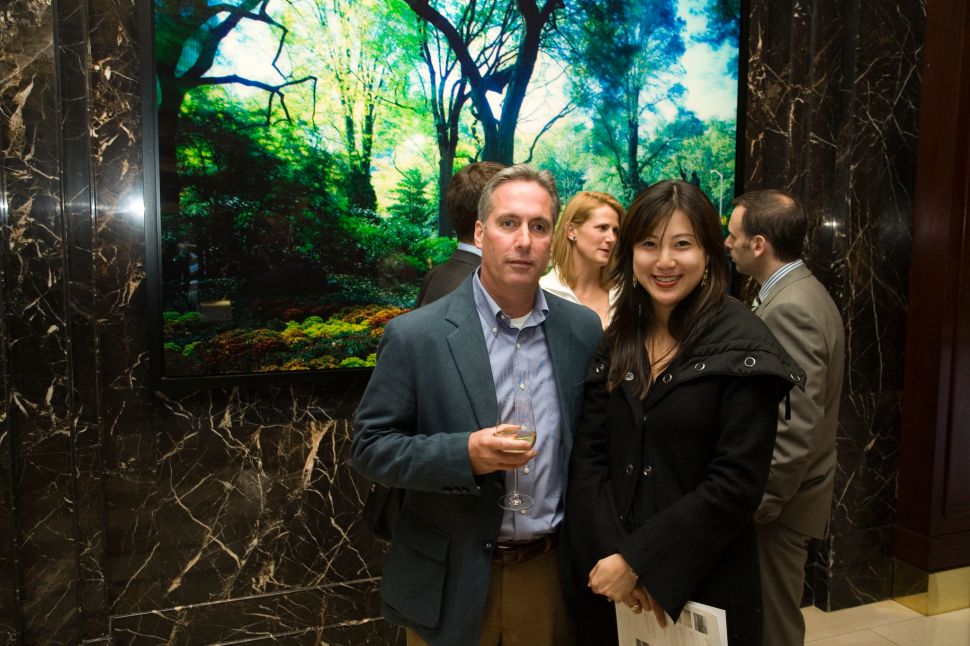