Retailers like Zara, H&M and Forever 21 thrive on a consumer culture in which customers strive to look like they’re wearing the runway’s latest but at a fraction of the cost. The result is that a certain amount of mimicry is naturally baked into these brands’ strategies. And for a long time, popular culture didn’t take issue with someone producing a $20 version of a $2,000 skirt. What was generally not accepted, however, was copying from independent creators. When, for example, Zara was caught appropriating the original designs by up-and-comers such as Tuesday Bassen and Adam Kurtz, culture warriors were lauded for taking the company to task. The proliferation of an image-rich internet culture seemingly made it a lot easier for fast-paced retailers to make either careless mistakes or blatant acts of plagiarism. It also, however, made it easier to draw attention to these practices. And it’s this trend—a form of call-out culture—that seems to have found a home in fashion and stuck.

“There’s a loophole in U.S. copyright law that treats fashion design as a manufacturing business rather than a creative industry like music, which is significantly more protected,” Melissa Moylan, vice president of creative and womenswear at Fashion Snoops, told Observer.

But Shanu Walpita, a trend forecaster based in London, sees that where the law has let fashion creatives down, the community has stepped in. “Social media has amped up accountability and transparency,” Walpita told Observer, arguing that digital connectivity has made it increasingly difficult for fashion companies to get away with plagiarizing other people’s work, particularly that of younger emerging designers. And this is especially true thanks to social media accounts such as Diet Prada and Estee Laundry, who are employing a name-and-shame technique to keep brands in check.

Tracking moves across the industry from design through product marketing, these accounts are digging deep into fashion’s archives to reveal today’s brands’ missteps. And beyond that, they also shine a light on any type of malpractice to which the industry has, in previous years, turned a blind eye (noting instances of Native American appropriation, for example, and talking about sexual abuse allegations leveled against major names it the field).

But their primary bread and butter comes in the form of simple copycat call-outs. Earlier this month, Diet Prada posted a picture of fashion influencer Arielle Charnas wearing a cushioned headband from her recently launched label with Nordstrom, Something Navy, alongside a similar product previously made by legendary fashion house Prada. It also showed a pair of Something Navy brand heels, which look strikingly similar to a pair of Manolo Blahniks.

Receiving over 30,000 likes, the post highlighted the ways in which inspiration can go too far, veering blatantly into plagiarism, while also underscoring the cold hard truth that with our current fashion cycle, it’s increasingly difficult to make anything new.

Moylan believes these accounts play a positive role by exposing the perpetrators of knockoffs. “Fans of original designs don’t take copying lightly, so there is a lot of support for the original creators and shade cast by exposing the copiers,” she said. “In this age of information overload, customers should know when a brand is blatantly knocking off someone else’s original design.” “Dieters,” Diet Prada’s fans, call the platform’s efforts “God’s Work,” and the account has become known as the industry’s top watchdog. As such, these platforms have become necessary advocates for transparency and inclusion in an outdated industry.

Yet, like in most efforts of vigilantism, even these noble pursuits can have negative consequences. The post about Charnas, like most on Diet Prada’s account, was written in something akin to the voice of TV show Gossip Girl, phrased in an unmistakably snarky tone. After the post was shared, Charnas received a slew of troubling comments—some that even targeted influencer’s young children. While Charnas may be at fault for copying other’s designs, that does not justify bullying or threats. Even proponents like Walpita acknowledge the other side of the coin, saying she finds “something uncomfortable about the smug, mob-like nature of it all.”

Ultimately, while social media accounts like Diet Prada have helped promote more accountability in the mainstream sense, it’s worth considering that call-out culture could radicalize people in a way that diverts attention away from finding actionable solutions (as proven by Charnas’ situation). Although the account’s tone of voice is catchy, keying in to the beloved “salty,” tea-telling zeitgeist, it walks a dangerous line. Bringing some compassion into the dialogue is the only way this cultural movement can ultimately be productive. Entertainment value might bring followers, but what’s the good in likes if they’re creating yet another problem in an industry that lacks regulation? 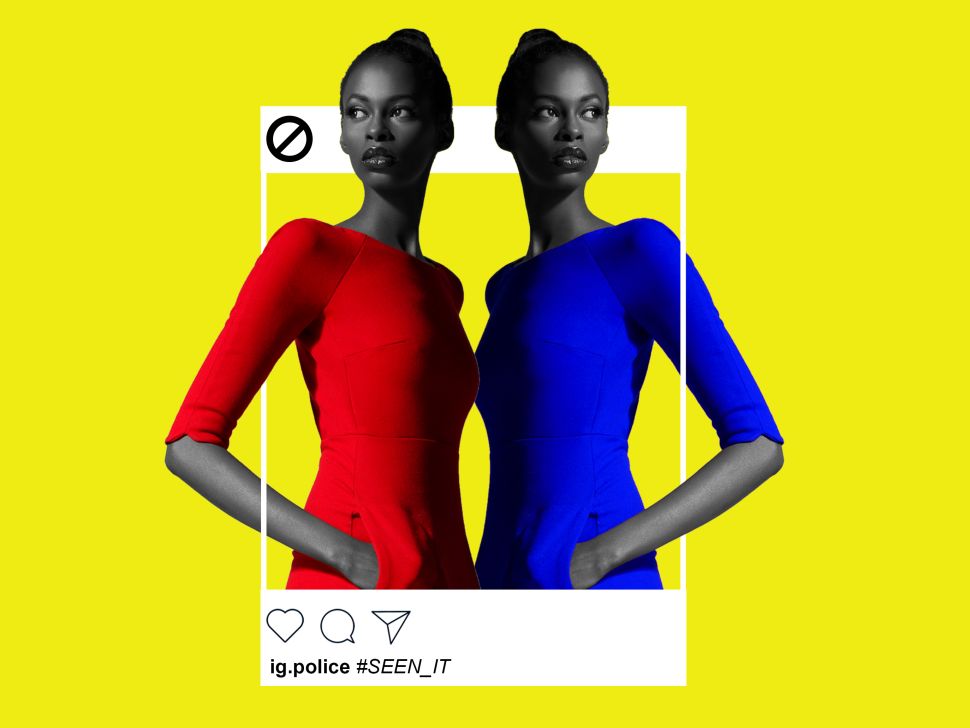