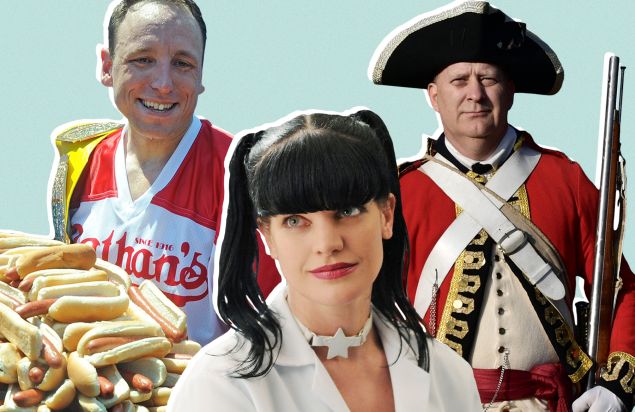 In her seminal 1964 essay, “Notes on ‘Camp,’” Susan Sontag said, “Though homosexuals have been its vanguard, Camp taste is much more than homosexual taste.” But half a century later, camp—that “I know it when I see it” aesthetic—remains almost synonymous with “queer.” It’s no secret queer folk enjoy camp, but are there staples of straight culture that, per Sontag’s definition, also relish “artifice and exaggeration”? Might camp be a sandbox we can all play in?

It just might be. The Met Gala is around the corner, and with “Camp” as the dazzling fashion event’s theme this year, straight people—for better and for worse—will soon confront head-on this elusive aesthetic they haven’t always been totally privy to. Camp, after all, is fashionable to what Sontag calls “creative minorities” who enjoy “silly or extravagant content.”

Such quotes feel like they skew toward queer culture. But while straight people delight in over-the-top aesthetics too, they may not have categorized this pleasure because camp has, historically, grounded queer culture and bridged its isolated communities. Straight people haven’t had a similar need for camp. Their vices are equally bonkers but, as the dominant culture, they often go unquestioned—and thus unclassified.

Enter “Straight Camp.” Near identical to camp, this sneaky offshoot also revels in the “strongly exaggerated.” But straight camp subverts the original aesthetic’s gaze by calling out elements of flamboyance within a heteronormative context that straight people love but do not name. We tend not to specify a “straight wedding” or “straight bar,” but we can now label the otherness in het culture as “Straight Camp.” It’s a bit of a square/rectangle conundrum: All that is straight camp is camp, but not everything camp is straight camp.

Start with Mrs. Doubtfire: The 1993 film’s farcical humor, cross-dressing protagonist and queer backdrop of San Francisco make it nothing more than good old-fashioned camp. But what about 2009’s The Blind Side? On the surface, it’s as apple pie as can be—there’s football, family values, even a “white savior” narrative that has aged like milk. But dig a little deeper and you’ll notice quirky details abuzz with exaggeration: embellished Southern accents, inflated stock characters and a dye job on Sandra Bullock so kitsch that Supercuts would scoff. No one intended for this to be campy, but somewhere six feet under Sontag is crying glitter. Yet between The Blind Side and Mrs. Doubtfire—both Oscar winners, though you can guess which earned best makeup and hairstyling—only the latter seems at first glance to be part of the camp canon.

But step away a bit from The Blind Side and you can see it’s pure straight camp—a subcategory that spotlights the essential queer ingredients within beloved heterosexual narratives. To get more granular, we—two queer millennials plunging the shallow depths of this cultural lagoon—have identified a few other relentless examples that further define the daffy taxonomy of “Straight Camp” (not to be confused with where Lucas Hedges goes in Boy Erased):

NCIS is the “No. 1 drama in the world,” per the channel on which it airs, CBS. Everyone’s dad watches this show. And they all waved a tearful goodbye to its goth, pig-tailed forensic scientist, Abby Sciuto, when she departed for greener pastures at the conclusion of Season 15 last year. (The commercials advertising her final episodes looked like they could’ve been shot by Victor Fleming.) This example of Straight Camp transcends more than just her queerness populating a normative environment: The dads seem to dig Abby. Maybe it’s because she’s a callback to the JAG days? Or maybe it’s her devotion to Butch, the Navy sniffer dog? Whatever it is, Sunday nights will be a little less strange from now on. But it’ll be OK, dads—there’s always Linda Belcher to get you through. —Cam Cronin

Men don powdered wigs while women dress in colonial frocks, and it’s as close as the straights will ever get to drag. To the outside observer, these war reenactments may pass for cheap immersive theater. But make no mistake—this is no lighthearted pastime. Imagine the bloodbath to get cast as Molly Pitcher! (Always the “Nabby,” never the Molly.) Or for the gents, envision the long-rehearsed tableau of Washington crossing the Delaware complete with wind machines, Betsy Ross originals and breeches stiff with nationalism. Jump ship, founding fathers, and ahoy, founding zaddies! —Billy McEntee

The Fight Choreography in the Rush Hour Trilogy

Massachusetts, 1999: My friend Matt and I watched these movies on a portable DVD player while my parents drove us to hockey tournaments. We came for the shockingly un-homoerotic buddy cop vibes; we stayed for the outtakes. And those wham-bam-thank-you-ma’am fight sequences! No one could mistake Rush Hour’s crisp choreography for anything but stylistic indulgence. Its ridiculousness is consistent: Jackie Chan effortlessly sliding through that bank teller slot; Chris Tucker brandishing a roulette wheel as a shield; both of them fighting at least 20 men—which seems pretty masc until you notice they’re both donning powder blue and lilac satin bathrobes. —C.C.

Iron the navy turtlenecks and hand-wash the cream khakis: It’s time for the McCarthy Family Photoshoot! While the suburbs could be their own stinging example of straight camp, nothing seems to encapsulate artifice more than a staged family portrait. Fake backdrop, fake grins—such photographs read less as an expression of familial affection than they do a spotty recreation of L.L. Bean ads. Sappy as they are, such portraits are as omnipresent in the ‘burbs as “Shallow” is on FM radio. Have you ever spent more than two minutes in a het home without seeing a portrait of Mom, Dad and Susie in matching sweaters? Have you? —B.M.

If you’ve ever walked alone on the beach and heard the ocean sigh He still loves you, know that Nicholas Sparks heard it first and already has a six-figure deal to novelize your response. Wistfulness, lost innocence and plot reveals so obvious you’re sure you already read them on the inside flap summary: Sparks recycles these tropes again and again, yet straight readers keep returning for more ill-fated romance and heteronormative gender roles. Next to watching This Is Us, reading Sparks’ exaggeration-heavy books is as masochistic as the straights will get. —B.M.

OK, OK, you’re thinking, This is a long shot. But it’s 2019: Donald Trump is president, King Kong is on Broadway and bingeing hot dogs is an athletic activity. Sportscenter covers it! During the Little League World Series this year, an 11-year-old said his favorite athlete was Joey Chestnut, who can plow through 74 hot dogs in the space of 10 minutes. The pursuit of the championship is known as the “quest for the mustard belt!” As the Chairman of Major League Eating (yes) said: “It is not simply an athletic event or a contest. It is something much, much more. It is a celebration of who we are as Americans on America’s birthday.” But when it comes down to it, this event is a horse race of straight folk stuffing their faces with the most phallic-shaped meat known to man. Denial is just a river in Egypt. —C.C. 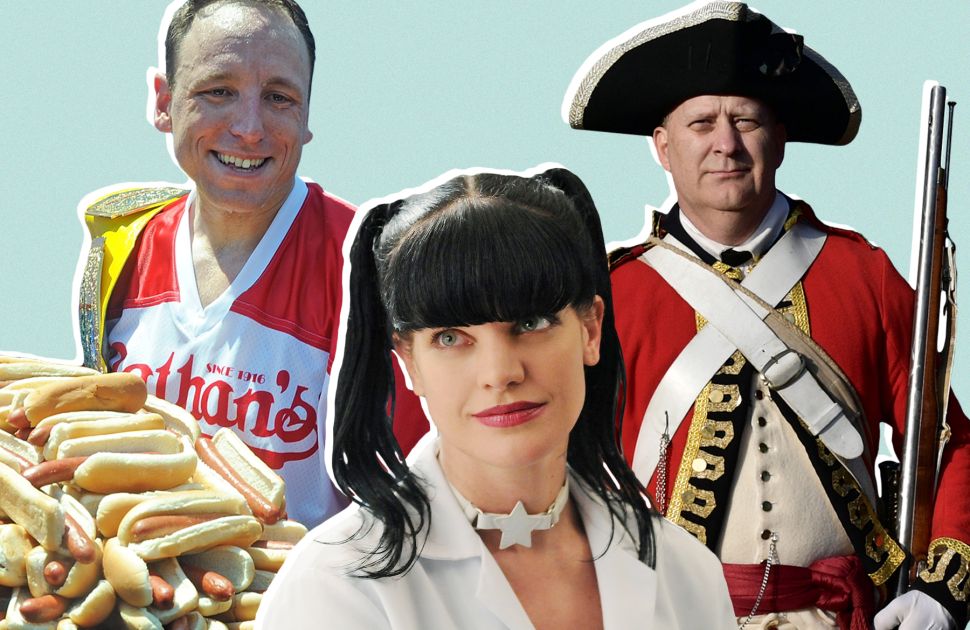