There is no shortage of Democratic candidates for president in 2020, but not all of them have a good track record of elections. In fact, it’s coming down to women who win against some male front runners who don’t have the best track record of prevailing at the polls.

When it comes to who is getting the attention among the Democrats in 2020, several names stand out: former Vice President Joe Biden, Vermont Senator Bernie Sanders, New Jersey Senator Cory Booker, ex-Texas Congressman Beto O’Rourke. But are these the candidates with the best voting record?

Biden has been virtually untouchable, winning so many races in Delaware. But it’s a different story in presidential contests. He flamed out badly in 1988, with self-imposed wounds from plagiarism of Labour leader Neil Kinnock. It was a similar story in 2008 as he was buried by Barack Obama, Hillary Clinton and John Edwards supporters.

Sanders has also won a lot of congressional races over the years, which makes us forget his ill-fated first run for the House of Representatives. And as much as Sanders fans can cry foul about the outcome, the fact is that Hillary Clinton did beat the Sanders campaign in the 2016 primaries.

Booker hasn’t been bad, but he’s been on the short end of the equation early on, when he lost a  Newark mayoral contest to incumbent Sharpe James. And Beto O’Rourke’s amazing race against Texas Senator Ted Cruz still came up short. Even “Mayor Pete” Buttigieg of South Bend, Indiana, has been on the losing side of a race; in 2010, Buttigieg lost the state treasurer race to Richard Mourdock in Indiana, the same politician who was hammered by Rep. Joe Donnelly in 2012.

It’s a different story for the ladies. Since she was appointed in New York to replace Hillary Clinton in 2009, Kirsten Gillibrand has won Senate races in 2010, 2012 and 2018. Massachusetts Senator Elizabeth Warren is undefeated in her political career, even ousting incumbent Senator Scott Brown. Minnesota Senator Amy Klobuchar is also undefeated, having won three terms in the U.S. Senate. There’s also California Senator Kamala Harris and all the contests that she’s won.

Only Georgia state legislator Stacey Abrams has come up short, by a very narrow margin, in any election she’s run for, losing that close race in the Peach State last year in her gubernatorial bid against incumbent Brian Kemp. But women scored all kinds of triumphs in 2018, something the party should not ignore.

Biden, Bernie, Booker and Beto may have the name recognition—for prior wins and losses. But if you want a candidate with a better track record, the women seem to have it. So why is that?

A former student, political science minor Curt Ellison and I worked on a paper, which was eventually presented at a conference in New Orleans almost a decade ago. It compared men and women in the business world. Women lead in nearly every category used to describe them except one: decisiveness. But it’s a big factor in business, and perhaps even more prolific in politics. Yet, voters are less likely to be swayed by gender bias in arguments.

Perhaps Democrats should consider pairing a woman with a man who could both benefit from such an alliance. At a minimum, Democrats should not ignore the track record of their female candidates in their elections, and their ability to win. It should give donors and voters in those primaries something to worry about, as those candidates have to trust someone who has lost. Geographic and ideological balances should be considered, in addition to the gender balance, if the party is to overcome their defeat in 2016.

But in conclusion, early losses could be a blessing in disguise. Barack Obama lost an early congressional battle, as did George W. Bush. Bill Clinton was ousted from the Arkansas governor’s mansion by the voters.  George H. W. Bush was beaten in a Senate race and the primaries, while Ronald Reagan was beaten in a pair of primaries. Jimmy Carter and Richard Nixon took their lumps. So maybe some initial setback isn’t so bad. 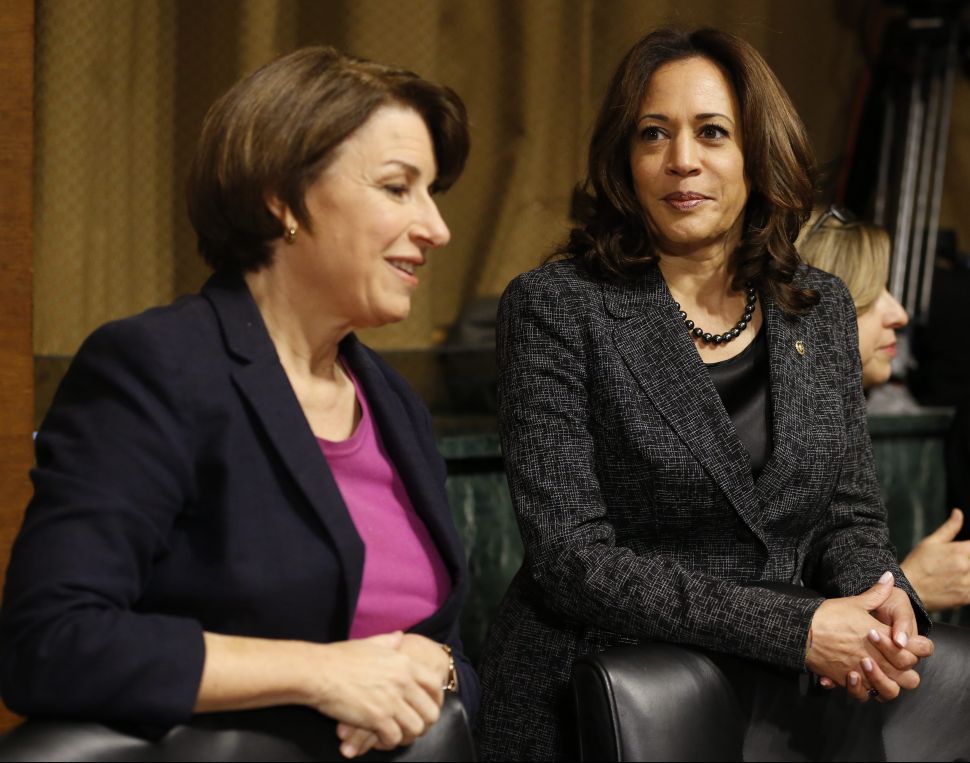