Dr. Drew Pinsky was my teenage therapist. He didn’t know this, of course. Every Sunday night in the ’80s, I’d tune in to ‘Loveline’ on KROQ 106.7 FM from my suburban Anaheim bedroom to hear the good doctor explain to kids my age why their girlfriends and boyfriends didn’t want to make out with them or why their friends weren’t really their friends. Over the radio waves, Dr. Drew would fast-as-lightning diagnose social, sexual and mental issues; offer help; and when things got rough, he’d put young people on hold for real help with real people.

I found myself wishing I had problems worth Dr. Drew’s time, but I grew up pretty well-adjusted in a loving family. So I learned by listening, opening my mind to the problems of my peers. Eventually, Dr. Drew went national, educating millions of people about sexual health, mental health and social health. There was something about the anonymity of it all that made his approach addictive. It was quick, it was based in science, it was liberating. It was game-changing.

I finally had my chance to talk to Dr. Drew just this week. This time, though, I was the professional: a journalist curious about the notion that people are now turning to the internet to get psychological help. Of all the people who may have something to say about the changing ways people seek therapy, I assumed Dr. Drew would have a thought or two. Turns out, I was right.

Services like Talkspace are offering up on-demand, text-and-video-based therapy with licensed professionals for as little as $49 a week. According to Talkspace co-founder Roni Frank, the service has already helped a million users via its network of 4,000 licensed psychologists.

But Dr. Drew, the same man who popularized off-the-cuff, anonymous therapy, is not immediately on board with digital therapy. His reasons are scientific—skeptical of the process, but open minded to the notion that some people can find help online once therapeutic connections are in place.

“Brains affect brains through far more means than words and listening,” he explained. “Bodies communicates across space. In terms of establishing a connection between a therapist and a patient, that work needs to be done in person.”

But therapy is expensive, and as Frank explains, Talkspace, despite its textual limitations (they now offer video chat), opens up the world of therapy to people who don’t have the economic or physical means to make their way to an in-person therapy session.

“There are three major barriers to people seeking therapy,” she pointed out. “Money, stigma, and access. Some people just can’t afford it [money]. Others are scared of being seen heading into a therapist’s office [stigma]. And yet others simply can’t get there [access].”

Despite his skepticism, Dr. Drew made it clear that he wants digital tools to play a role in psychological well-being. “That’s why [therapists] keep banging their heads against the wall. I think, primarily, it will be used for psychoeducation. With a motivated patient, you can use digital to show them the work they will ultimately need to do.”

He is quick to admit that his extensive work with addicts presents a good case for online therapy as maintenance, situations in which patients must do most of the work and behavioral modification while occasionally checking in for resets and adjustments.

“I don’t want to condemn this,” he said. “I really feel like somebody’s going to figure it out, and find its proper application. We should be able to do mental health interviews via Skype, for instance. We need to be able to see the patient, how they express themselves, how they’re dressed, what they look like. We have to have that in psychiatry. There will be no texting in psychiatry.”

And Frank’s Talkspace is ahead of the game, racing to “figure it out,” as Dr. Drew puts it. Not only has her service added video sessions via its own HIPAA-compliant video platform to its offerings (for an additional cost), but it has also added psychiatry with insurance-company integration.

While they come from different approaches, both Frank and Dr. Drew see a future for digital in mental health. And perhaps most important, both are adamant that more therapy, or even talking, is needed in today’s world of selfies, loneliness and social media.

“People just want someone to talk to,” Dr. Drew conceded. “I’m going to predict that loneliness will be the next big thing.”

Loneliness is indeed already a big thing. More people today, despite the connections they think they have via the internet and social media, are lonelier than ever. And that’s—ironically—because of social media, the very thing that promises to bring us all closer together. And now, doubly ironically, networks like Talkspace are posed to help us sort out what the internet does to us psychologically.

But I didn’t come up with that on my own.

You see, I spoke to Dr. Drew on a Monday, and to Frank on a Tuesday. To my knowledge, the two of them have never spoken. But something strange happened as each conversation made its way to the state of social media, Instagram and Facebook, and how it is changing the way we see the world, how we think about relationships, and how we see ourselves.

First, Dr. Drew said it, and then Roni Frank repeated it, word-for-word: “Nothing contributes more to unhappiness than comparison.”

That is, when we compare our lives to those of others (as Instagram begs us to do), we become unhappy. For every selfie, for every happy vacation moment posted to Instagram, there are thousands of people wishing their lives were just as good. Social media distorts our sense of reality into believing that every day should be an Instagram day: an amazing meal with friends, a vacation on the beach, a perfect body in a perfect home.

Frank said she’s seen an uptick in the number of young people seeking help on Talkspace. To meet demand, her company launched Talkspace for Teens, and she was quick to point out that young women are flocking to the service with body-image issues in an Instagram world of comparisons.

As young people grow up on social media, communicating via text and smartphone is becoming increasingly natural and the de-facto way people share their thoughts and feelings. It follows, then, that services like Talkspace, regardless of what professional may think, will proliferate.

“Text is natural for young people,” Frank pointed out. “It’s only logical that they’d seek help in their comfort zone.”

Of course, anyone who is in deep need or danger should see a doctor in person. But, if as Dr. Drew pointed out, online services like Talkspace can be used for psychoeducation and maintenance in a social world that is only going to grow more complex, there could be a future in which the ills of Instagram can be countered for those who need help.

After all, sometimes people just need other people to talk to, especially online, where people are more apt to talk to one another. 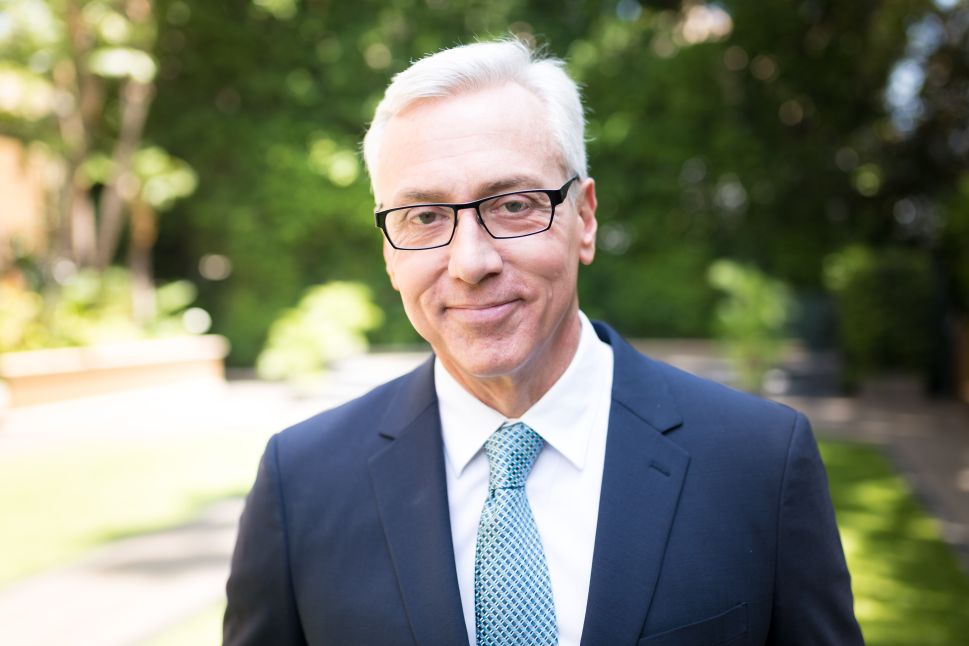