“Earmarks have become a symbol of a Congress that has broken faith with the people.”

Two weeks after vanquishing Democrats’ majority in the House in 2010, the message from the Republican leader of the new majority was clear: Pork is off the menu.

But as well-intentioned as then-leader John Boehner and his Republican colleagues may have been, banning the transactional lubricant that had kept the legislative trains moving in Washington for countless decades has arguably led to today’s overgrown, unnavigable, rusted-out tracks.

With Congressional gridlock gripping Washington since the earmark ban and, as a result, executive branch appropriation powers expanding, one thing is clear: Earmarks need a rebranding campaign and rebirth.

While doling out dollars through earmarks never accounted for more than a tiny fraction of the federal budget, their symbolic significance often triggered compromise and led to a (mostly) functional Congress. Without earmarks, it’s virtually impossible to coax members across the aisle to support an issue that isn’t a legislative priority for party leadership, resulting in increasing party-line voting.

And party leaders on both sides of the aisle agree that the practice—with a new set of guardrails in place and an aim of transparency and accountability—does not have to be a nefarious one.

Democratic House Appropriations Chairwoman Nita Lowey of New York voiced support for a return to earmarks in February of this year: “The Appropriations Committee has a proud tradition of congressionally directed spending, and I hope that we can reach a bipartisan, bicameral agreement to restore this important practice.”

And conservative Senate Appropriations Chairman, Richard Shelby (R-Ala.), suggested that Senate Republicans could support a return to earmarks if the reinstatement came with “real reforms.”

But Republicans—particularly in the House—have been reticent as the necessary bipartisan work to lift the earmark moratorium has picked up internal chatter, if not real steam. Preferring to punt the decision to Democrats, avoid potential backlash and see what happens appears to be the current House Republican strategy. Unfortunately, Democrats also understand the uphill political battle that would have to be fought and are taking a similar approach, setting up one of the most consequential games of legislative “hot potato” in decades. According to a senior staffer in Democratic House leadership, “[Republicans] broke it, and we aren’t going to let them take political cheap shots at us while we try to fix it.”

When it comes down to it, by removing the power of Congress to allocate federal funding to American taxpayers, the legislative branch gives up one of its most critical powers and hands it over to the executive branch.

Congress is almost certainly better equipped than the president (and any number of unelected government bureaucrats) to understand the wants and needs of taxpayers across the country. And for that matter, voters typically want to see the work their elected officials perform. Securing dollars, bringing them home and putting them to work—many argue—is a basic responsibility of a federal representative.

What earmark opponents have argued for the last 20 years is that abuse of the appropriation system and complete lack of public oversight opened the system up to brutal abuse and laughably absurd, federally-funded projects from coast-to-coast.

The decades-long effort to destroy the practice was a convenient campaign tactic used by both parties to attack opponents. Exposing examples of outrageous government spending by Democrats and Republicans for projects like a Teapot Museum, shrimp treadmills, and of course, Alaska’s “Bridge To Nowhere” deserved attention—and immediate reform—then as they would now.

But was the draconian measure of complete elimination of congressional earmarks the right one? Probably not. Were both parties so far down the road of weaponizing earmarks that no other option but the most extreme remained on the table? Probably.

With a few commonsense measures—such as attaching members’ names to line items, certifying that members have no financial interest in requests, limiting direction of funds to nonprofit and public sector projects, and making all of this open to the public—the power of earmarks can and should be placed back in the hands of congressional leaders.

Fittingly, both Republicans and Democrats need political cover from one another in order to reach an agreement that lifts the earmark ban. But that just might be a bridge too far. 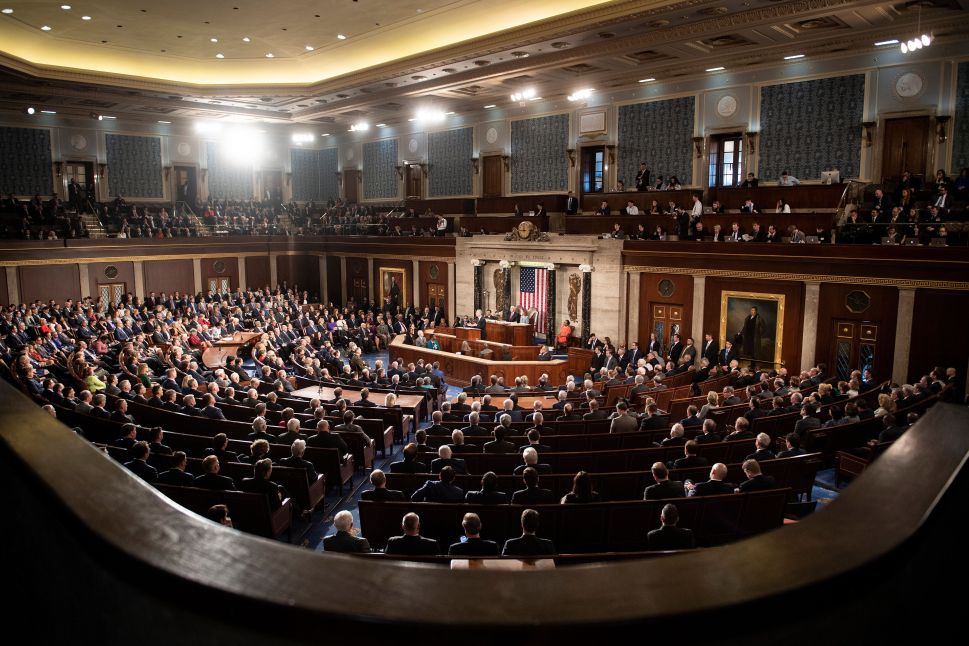