Ed Sheeran is going through a very difficult time right now with his Suffolk estate, which his neighbors have dubbed “Sheeranville.” You may think Sheeran already has everything he wants at the palatial compound, which is composed of at least four separate homes he has purchased over the years. After all, there’s a treehouse, an indoor pool and a barn that he converted into his own personal pub, as well as a very casual tunnel system to the aforementioned bar, plus an underground movie room and a music room. It also has an outdoor sauna, but probably not for much longer—because even Sheeran isn’t exempt from the final word of a city planning council.

It all started back in 2016, when, according to the Daily Mail, Sheeran sent in a planning application for a pond, which was intended to “support nature conservation” and provide drinking and a natural habitat to animals. His plans were approved with the stipulation that the pond be used exclusively for nature conservation and not for any kind of personal use such as swimming. Sheeran went ahead and built the thing, much to the chagrin of his neighbors, who pointed out that the kidney-shaped body of sure looked a lot like a pool, especially after the East Suffolk council gave approval for a jetty and steps. Per Vanity Fair, the neighbors also wrote to the council with their serious concerns about this groundbreaking revelation, because why should Sheeran live a life of pool parties galore when they cannot?

Then Sheeran took it to a whole new level. During a recent site visit, the East Suffolk council discovered that the “Thinking Out Loud” singer had turned a “converted caravan” by the pool into what looked like his very own sauna, per the Mirror. This was simply too much, and the council released a statement that Sheeran’s decisions “have raised concerns regarding this structure, which requires either planning permission or removal.” Sheeran has complied with the request, which means he is now sans outdoor sauna—and before summer, no less!

He could reapply for the proper permits, though resolving the council’s other issue with the home might be trickier—it has told Sheeran he must remove a rather large (16 feet, to be exact) sign he has hung up on the pub that reads “The Lancaster Lock.” It is apparently in honor of his wife, Cherry Lancaster Seaborn, and the Mirror‘s source claims “it’s devastating that the sign has to be taken down because it meant something very important to him.” Please send Sheeran your condolences.

This isn’t the first time he’s faced rejection from the fickle planning council. Last year, he submitted plans to build his very own wedding chapel on the property so that he and his then-fiancée could get married in a private church. Unfortunately for Sheeran, the council did not approve his request.

Perhaps he could just build a new sauna in one of his underground tunnels. 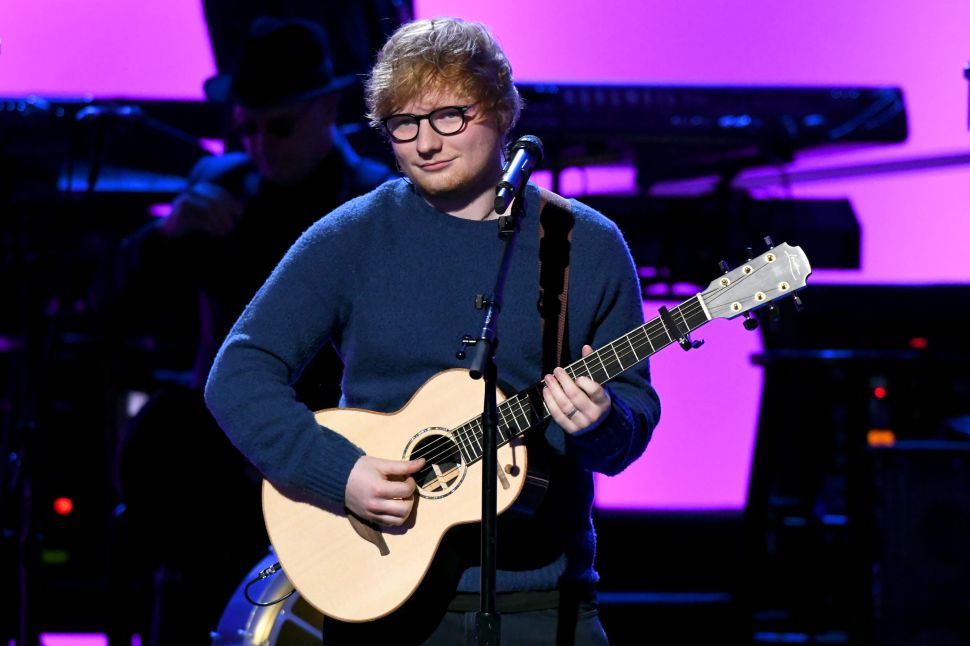