Corporate executives have to pay the price for scandals within their companies, says Massachusetts Senator Elizabeth Warren.

In what can be construed as another dig at bank execs and tech CEOs, like Facebook’s Mark Zuckerberg or Amazon’s Jeff Bezos, the 2020 presidential candidate wrote in a Washington Post op-ed that CEOs should take the blame for their companies’ mishaps.

“If top executives knew they would be hauled out in handcuffs for failing to reasonably oversee the companies they run, they would have a real incentive to better monitor their operations and snuff out any wrongdoing before it got out of hand,” Warren wrote in the scathing piece.

While the proposal encompasses all major corporate executives, namely heads of big Wall Street banks and Fortune 500 companies, the candidate’s much-publicized plan to crack down on CEOs’ wrongdoings is part of a wider campaign promise. On top of her anti-greed pillars, Warren has been critical of Silicon Valley’s venture capital-backed culture.

The prison time scare tactic comes at the heels of the senator’s previous anti-corporate op-ed, published on Medium last month, in which she criticized big tech players like Facebook, Amazon and Apple and called for their interests’ divestment.

“They’ve bulldozed competition, used our private information for profit, and tilted the playing field against everyone else,” Warren wrote in the early March post. “And in the process, they have hurt small businesses and stifled innovation.”

Under Warren’s big tech breakage plan, government regulators would be able to undo many of the Obama era’s merger approvals, as well as separate Amazon from its acquired retailers Whole Foods and Zappos. 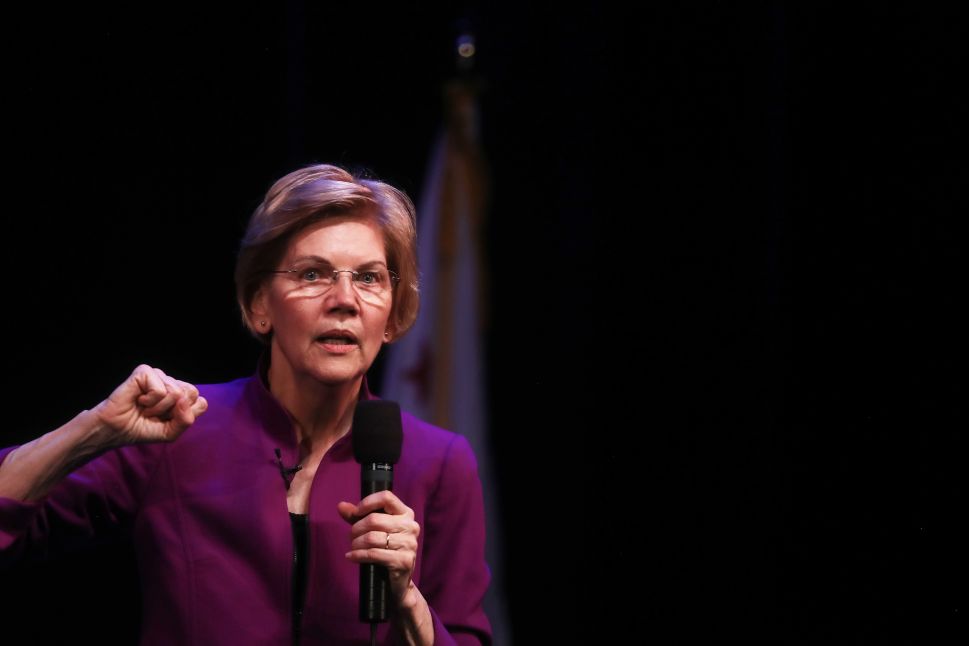