Slightly more than halfway through President Donald Trump’s first term, few political partnerships in Washington—perhaps even in the history of American politics—are more inconceivable than a working alliance or even a détente between the president and U.S. Sen. Elizabeth Warren.

Cooperation between the pair would likely be remote even if the president did not take obvious glee in using racist tropes to mock Warren on Twitter, and even if Warren were not a potential challenger in next year’s general election.

But such is the power of Silicon Valley. Big technology companies’ increasingly profound hold on Americans’ data and their lives is leading the likes of Trump, Warren and lesser names in both of their parties to agree that something must be done—even if neither they nor their colleagues in Congress and fellow presidential hopefuls can agree on exactly what.

“It’s all part of a broad trend of people being like: ‘These companies are too powerful. Maybe we should do something,'” said Matt Stoller, a fellow at the Open Markets Institute in Boston and a vocal advocate for stronger regulation of Silicon Valley, in a telephone interview. “It’s kind of like the troops are lining up for the giant war over what to do about Big Tech.”

Grievances do differ, as do proposed solutions, and in these differences the partisan divide remains palpable.

And politicians on both sides of America’s binary say tech firms spend too much money in political campaigns—mostly on big-name centrist Democrats, some of whom appear loathe to critique tech firms for fear of losing what proved throughout the Obama years to be a reliable stream of influence and campaign cash.

But in a time of increasing polarization, using government to curb the influence of Facebook, Google and Amazon is presenting a rare opportunity for bipartisan cooperation.

Whether existing regulatory agencies, such as the Federal Trade Commission (FTC), have the necessary power or the political will to wield it in a substantive way is a point of contention.

But what is clear is that politicians from both parties are recognizing that taking action against Silicon Valley resonates with voters in deep-blue coastal cities and in the conservative heartland. Here, at last, is the long-lost center.

In 2011, the FTC and Facebook negotiated a consent decree in which the company agreed that it had mishandled user data—and promised to do better. The Cambridge Analytica scandal and Zuckerberg’s half-hearted appearance before a half-prepared Congress did little to persuade anyone that the company would self-regulate, and in the Obama era, federal regulators appeared reluctant or even fearful to touch the company.

Then, in late March, Ben Carson, Trump’s secretary of the Department of Housing and Urban Development (HUD), announced that his agency had filed a Fair Housing Act complaint against Facebook.

Alleging the social network used discriminatory housing practices while collecting $55 billion in ads last year, HUD’s complaint is one of the strongest moves yet taken against a big tech company by government regulators during any administration—and it came a day after Trump met with Google CEO Sundar Pichai, whose company he has accused of favoring Democrats in search engine results and (somehow) favoring China.

“Even Ben Carson knows something is going on,” said Olivier Sylvain, a professor of law at Fordham University and an expert and frequent commentator on antitrust law and tech firms.

“People are more and more thinking about the scope and power of tech companies and realizing they’re the biggest intermediaries in our lives,” he added. “This is a cue now, for Democrats or whomever, that [regulators] are not as heeled and not taken by technology companies for their own sake.”

Carson’s bold stroke and Trump’s tough rhetoric followed a Warren campaign-platform announcement on March 8—first made on Medium, the blogging platform founded and led by Twitter co-founder Evan Williams—that Facebook, Google and Amazon have amassed too much power and own too many companies that do similar things, leaving consumers and the public with decreasing choices.

The companies need to be broken up by government regulators, perhaps in a fashion similar to how the Bell System was divided in the early 1980s, or how Theodore Roosevelt wielded a big legal stick against the oil and steel monopolists a century ago, Warren argued.

“Today’s big tech companies have too much power — too much power over our economy, our society, and our democracy,” she wrote. “[W]e need to stop this generation of big tech companies from throwing around their political power to shape the rules in their favor and throwing around their economic power to snuff out or buy up every potential competitor.”

Similar bellicose stances towards tech firms have proven to be political winners throughout the country, regardless of region and party affiliation.

Freshman Republican Sen. Josh Hawley of Missouri, a graduate of de-facto Silicon Valley incubator Stanford University, unseated a Democratic incumbent after promising to do something about Big Tech. In his first months in the Senate, he bashed Google during a committee hearing for its data practices. On March 11, he fired off an angry letter to the FTC accusing the agency of failing to enforce a 2011 consent decree that found the company violated user privacy.

In Congress, Rep. David Cicilline (D-R.I.), who heads an antitrust panel on the House Judiciary Committee, has repeatedly fingered Facebook—and its ownership of both Instagram and WhatsApp, as well as its original property—as enjoying unique dominance over internet and smartphone users’ messaging options. To outwit the innovators, Cicilline has enlisted top thinkers.

In February, Cicilline tapped Lina Khan, the Yale Law School scholar who wrote an influential article outlining how Amazon has so far managed to elude antitrust scrutiny, to join the committee’s staff.

But whether Hawley, Trump or anyone else in the Republican-controlled Senate would back a Democratic plan to curb Silicon Valley—or vice versa—remains to be seen. It’s also far from certain how serious Trump’s Democratic challenger, whomever he or she turns out to be, will be about taking on Silicon Valley.

Any primary opponent who takes an opposite tack is likely to become the new Silicon Valley darling and be awash in tech campaign cash. Of Warren’s rivals, both Sen. Kamala Harris (D-Calif.) and Sen. Cory Booker (D-N.J.) have enjoyed close relationships with tech moguls. Rather than helping them appear savvy, these ties are increasingly seen as serious liabilities—as toxic as ties to Wall Street have been in the years following the financial crisis, in the words of a recent Los Angeles Times analysis.

At the same time, other Democrats have proven that “Silicon Valley” is not a monolith—and maybe even misleading or useless as synecdoche.

U.S. Rep. Ro Khanna is a California Democrat who represents the areas in which Google and Apple site their headquarters. He has defied them and other firms in his district by supporting antitrust pushes, and is now serving as a top advisor on the Bernie Sanders campaign, which while not as strident as Warren, has also tapped into populist distrust of big tech as a way to appeal to voters.

Part of the reason is that there are plenty of tech firms who are as tired of the big players’ dominance as average Americans. There may even be substantial support for breaking up Google, Facebook or Apple from within those companies, who employ erstwhile entrepreneurs who would love to start a business but find they cannot in a competition-hostile environment.

“I think you’re going to find a third to half of Silicon Valley is going to be on Warren’s side, because they understand that there’s predatory behavior going on,” Stoller said. “The other half to two-thirds is going to see it as an attack on their business.”

Silicon Valley may also trigger a re-emergence of that unicorn of American politics: the nonpartisan center. Almost everybody on either side of America’s political binary is unhappy with security breaches and anxious about Silicon Valley’s control and misuse of data.

“Ten years ago, we didn’t really think about how our activity online is being used,” said Paul Goodman, the director of tech equity at the Greenlining Institute, an Oakland, California-based public policy think-tank. “People are now becoming more and more aware of that.”

This voter awareness and the likelihood of another data breach or instance in which tech errs in a nonpartisan way means both Trump and his Democratic challenger are likely to present some solution to tech’s dominance to voters over the next 18 months.

They may even find one they can agree on. 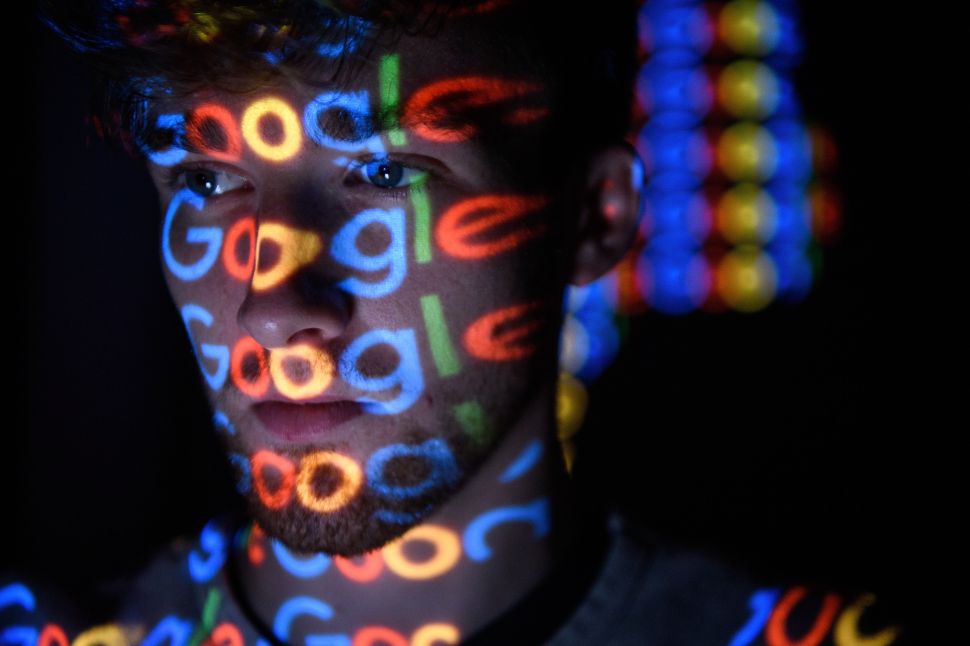