Just last week, perpetual real estate flippers Ellen DeGeneres and Portia de Rossi tossed a Beverly Hills home onto the sales market. The couple owned it for less than a year after doling out precisely $15 million for the Hollywood Regency-style residence in September 2018.

DeGeneres and de Rossi stuck a $17.95 million price tag on the place, which seemed like an ambitious ask considering their short tenure there—the listing, however, assured interested parties that the house was “completely restored and updated in 2019,” which would mean the work done on it was finished really quickly, as noted by Yolanda’s Little Black Book.

But mere days after the Trousdale Estates abode popped up on the market, it disappeared. Originally built by John Elgin Woolf in 1962, the mansion is no longer available, so we’re left to wonder if DeGeneres and de Rossi changed their minds and decided they simply couldn’t part with the property, or if they’ve already secured a buyer.

The über-private, single-story estate is walled and gated, so it’s safe from the prying eyes of BH denizens. It had already been extensively renovated by renowned architecture firm Marmol Radziner just before DeGeneres purchased it, but it looks like the talk-show host wanted to put her own stamp on it.

When the home was last on the market before DeGeneres bought it, it was composed of five bedrooms and 4.5 bathrooms—we’re going to assume she couldn’t possibly have reconfigured the layout too extensively during her short ownership, but you never know.

The master suite has access to both a private courtyard and various outdoor entertaining areas, while all of the en suite bedrooms have floor-to-ceiling glass doors that lead to a courtyard or terrace. The formal living room features a stone mantle fireplace and bay windows, while outside there is a covered patio and plenty of columns.

If DeGeneres and de Rossi did, in fact, already find a buyer and happened to secure the full ask, it wouldn’t be their biggest transaction this year. That title goes to the massive Montecito compound they scooped up in January for a staggering $27 million. Still, we wouldn’t be surprised if the pair outdo themselves as 2019 progresses—their real estate track record speaks for itself. 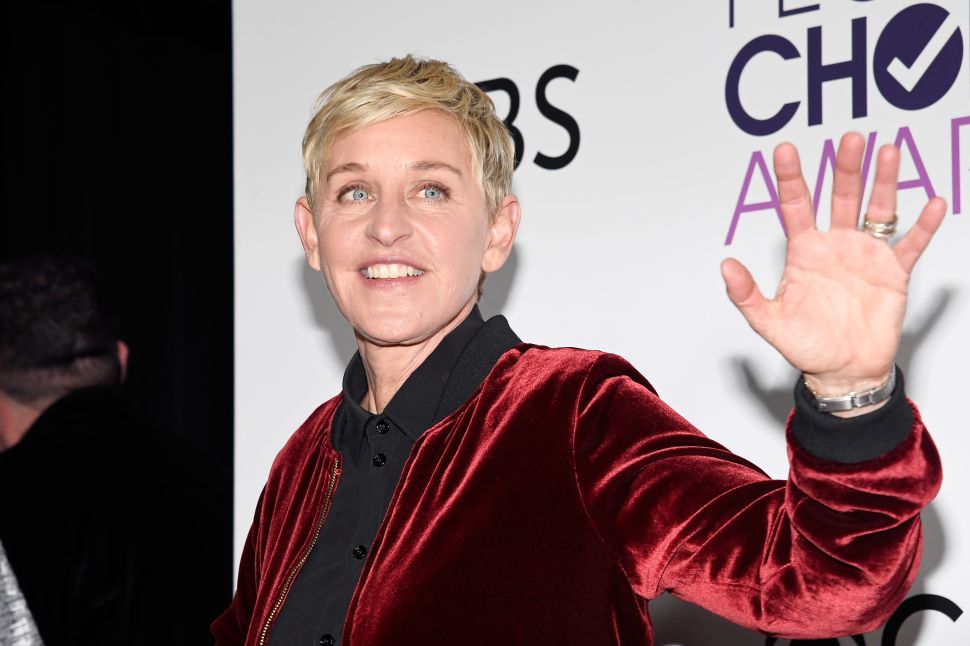