The European Union has threatened to sue the United States at the World Trade Organization (WTO) over sanctions imposed on Cuba, which could be extended to hurt European companies.

In a letter sent to U.S. Secretary of State Mike Pompeo, obtained by The Wall Street Journal, the EU’s foreign policy chief Federica Mogherini and European Trade Commissioner Cecilia Malmström said the sanctions are “raising serious concerns across the EU.”

The officials further warned that if the U.S. decides to fully implement the 1996 Helms-Burton Act—a policy which forces foreign companies to choose between trading with the U.S. or Cuba— the EU “will be obliged to use all means at its disposal.” Under Title III of the act, Americans would be allowed to file lawsuits seeking compensation for properties confiscated by the Cuban government in 1959. Although a waiver was issued every six months since the law was passed to prevent U.S. claimants from suing foreign companies, Pompeo shortened the deadline to 14 days this month.

The Trump administration has seen the Helms-Burton Act as a tool to punish Cuba for supporting the Madura government in Venezuela. On Wednesday, National Security Advisor John Bolton will address the Bay of Pigs Veterans Association in Miami to speak about the steps taken “to confront security threats related to Cuba, Venezuela and the democratic crisis in Nicaragua.”

Pleased to announce that I will be joining the Bay of Pigs Veterans Association on April 17 in Miami to deliver remarks on the important steps being taken by the Administration to confront security threats related to Cuba, Venezuela, and the democratic crisis in Nicaragua.

A lawsuit over the Helms-Burton Act would be the latest trade conflict between the EU and U.S. playing out at the WTO. Last week, President Donald Trump threatened France with tariffs over the organization’s ruling that the EU gave billions in illegal subsidiaries to Airbus.

“The World Trade Organization finds that the European Union subsidies to Airbus has [sic] adversely impacted the United States, which will now put Tariffs on $11 Billion of EU products!” tweeted the president. “The EU has taken advantage of the U.S. on trade for many years. It will soon stop!” 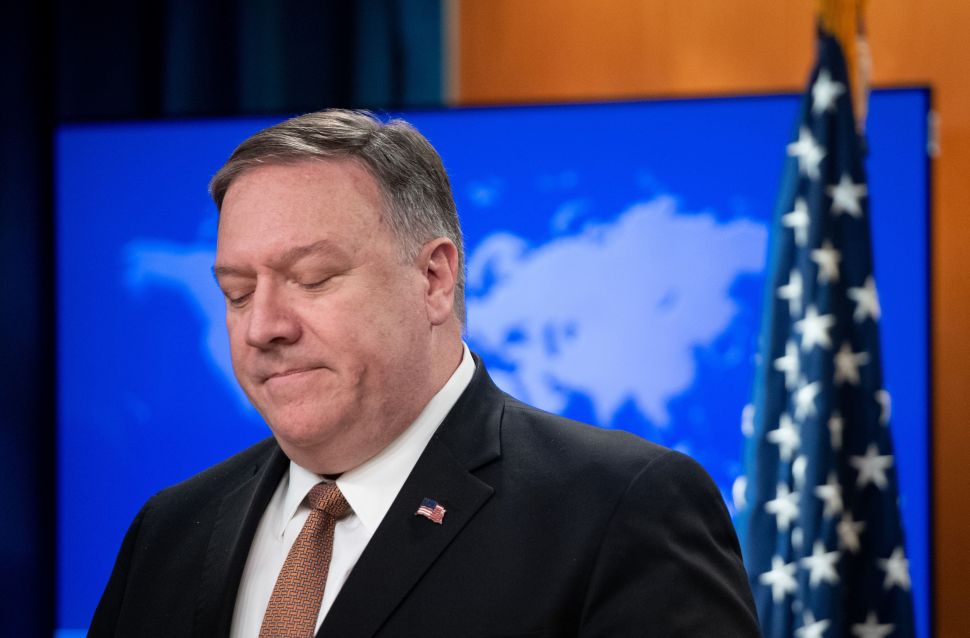