In 2019, Facebook is going all in on reviving its image following a series of scandals.

The world’s biggest social network has been taking major steps to overhaul its often-criticized privacy policies and has made a major hire for “overseeing the company’s global legal functions.”

Facebook’s new general counsel is none other than Jennifer Newstead, a former member of both George W. Bush’s and Donald Trump’s administrations. “Jennifer is a seasoned leader whose global perspective and experience will help us fulfill our mission,” said Sheryl Sandberg, Facebook’s chief operating officer, in the announcement.

Up until now, Newstead has been serving as Legal Adviser to the United States Department of State. Since being appointed and confirmed in 2017, she’s been “overseeing work on all domestic and international legal issues affecting the conduct of U.S. foreign policy,” the Facebook announcement said.

Ironically, the newly minted Facebook chief lawyer has made a career out of helping the government gain access to private citizen’s data in the name of security. Perhaps the most notable of Newstead’s work is helping draft and present Congress with the Patriot Act, a post-9/11 bill that helped the Bush administration utilize Americans’ phone and internet records.

The major hire comes at a time when Facebook is attempting to regroup and present a united front to both the public and international governmental agencies, namely the European Union, where it’s being pressured to clean up its act. At Facebook, Newstead’s role will encompass defending the company’s legal doings as CEO Mark Zuckerberg continues to fend off allegations of privacy breaches and spreading misinformation. Her on-boarding also follows a year of internal turmoil and an executive exodus, with the departure of both co-founder duos of Facebook-acquired WhatsApp and Instagram.

The hiring announcement also included the appointment of John Pinette as vice president of global communications; he’s expected to help with the rehab of the company’s current image. 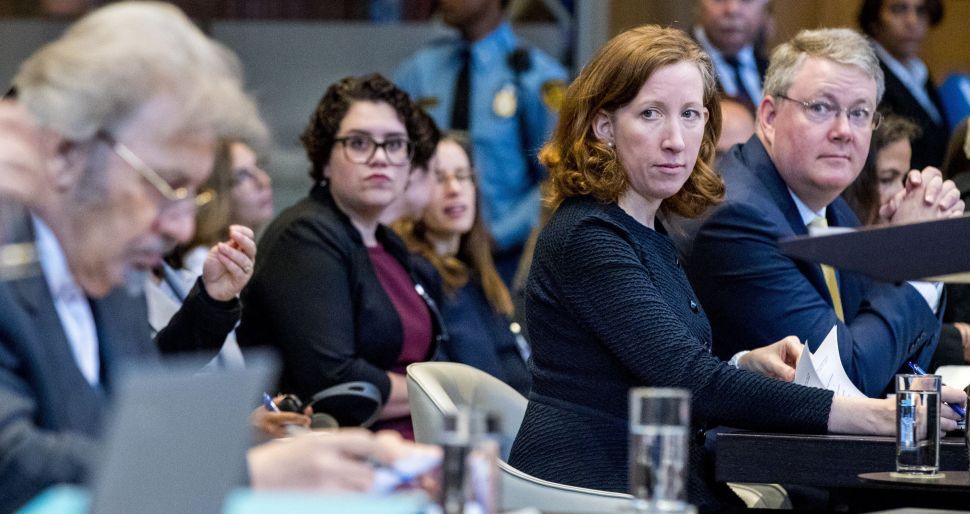