Disinformation posing as news is nothing new in the world. You can look at the “yellow journalism” of the early 20th century, or for that matter the late 18th century, when political parties used newspapers as political tools.

Nowadays, we have a pithy term for this long-time phenomenon—”fake news.” But something separates the current incantation of fake news from its earlier forms. Due to the rise of digital technology, false news stories are more pervasive and, even more alarming, harder to identify.

Many major news outlets have taken heat for publishing stories that are misleading, biased or downright inaccurate. Some recent examples include Buzzfeed’s quickly debunked story that Michael Cohen had incriminating evidence against President Donald Trump. In another example, Breitbart issued a correction regarding an inaccurate story the publication ran about one of its rivals.

In spite of the term “fake news” being coined here in the United States, this issue is global in scope.

For example, the London-based news outlet—The Daily Mail—found itself in the midst of a firestorm when the paper was caught publishing a blatantly false “bombshell” piece regarding global leaders being “duped” into spending billions of dollars to combat global warming based on manipulated data. After a complaint, the Mail was forced to publish a lengthy note at the beginning of the article to clarify their mistake.

In Australia, the country’s ABC News recently took heat for publishing a misleading headline regarding the recent Mishmeret rocket attacks. The headline originally read, “Israel attacks targets in Gaza following signing of Golan Heights proclamation.” Given that Israel actually engaged in Gaza in response to rocket attacks from Gaza, not due to the proclamation, this certainly was misleading. The network corrected this headline soon after.

Media outlets issuing corrections or apologies with respect to inaccurate reporting or mistakes is nothing new, and certainly, the right thing to do when an error in reporting has occurred. However, with blogs and nontraditional media platforms on the rise, many media outlets have bucked the traditional rules of journalism altogether when it comes to correcting mistakes, and in many cases, have chosen to double down on their reporting.

In Canada, the blog Canadaland has attracted attention for news surrounding the accuracy of some of their articles. For example, the outlet received pushback for allegedly releasing demonstrably false and inaccurate articles in a story penned by one of the outlet’s reporters, Jaren Kerr, about a global nonprofit.

Problems like these are more than an embarrassment for media outlets—they’re a real threat to democratic institutions. If the public were to completely lose faith in the free press, then there would be no check on the powers-that-be.

Unfortunately, this is already happening. According to a Monmouth Poll, a majority of Americans believe mainstream news outlets produce inaccurate reports. A majority of adults in the UK feel that their news media isn’t doing a good job, and some 71 percent of Canadians worry about fake news.

It’s essential that this not be allowed to endure.

Some countries, are taking advantage of this issue. In fact, Singapore introduced a “fake news” bill recently that would provide government officials greater authority when it comes to hindering false news narratives. Given the country’s history when it comes to human rights, it is possible that this bill could be used for more than just improving media accuracy in the country, but for political purposes as well.

This highlights the importance of striking a fine balance between improving media accuracy versus silencing those who serve as truth seekers who hold our public officials accountable.

It goes without saying that there are professionals within the journalism community who are honest, take their responsibilities seriously, and report the most factually accurate news that they can. These professionals are working hard to protect this important democratic institution. However, whenever outlets publish blatantly fake news without retraction or contrition, it only helps bad actors in positions of power get away with their misdeeds.

Dr. Greg Hill is an associate professor at Boise State University and the director of the Idaho Policy Institute. The Idaho Policy Institute is a nonpartisan research center focused on being an unbiased resource for decision makers. Dr. Hill supervises the Institute’s research and outreach programs with state and local governments, and nonprofit organizations throughout Idaho and the western United States. 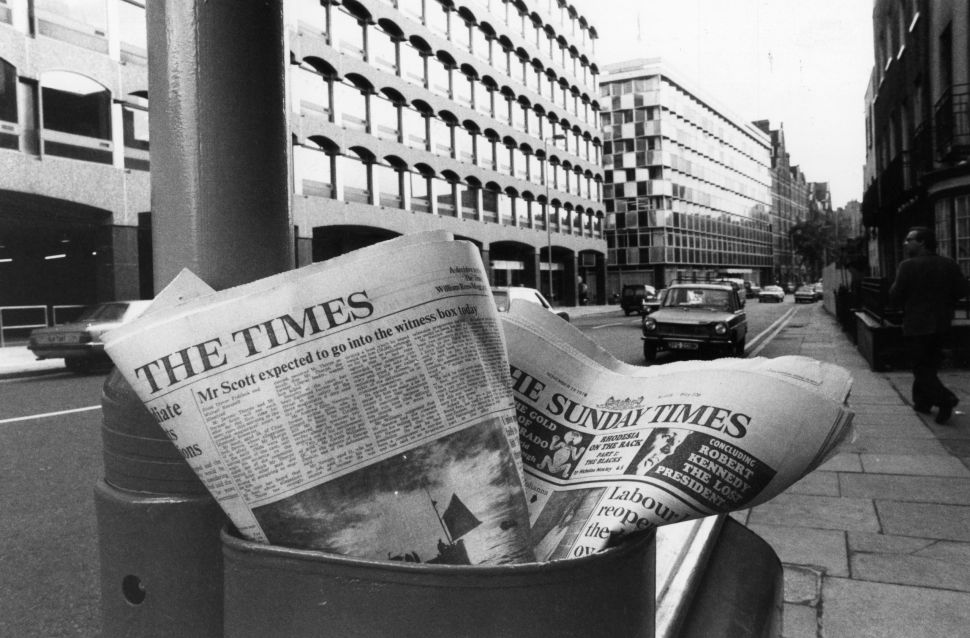