The first thing you hear on the soundtrack of Fast Color is the voice of Gugu Mbatha-Raw saying, “The world’s gonna die—I can feel it coming.” What follows is one hour and forty minutes of gibberish about three generations of empowered female superheroes wreaking havoc on a postapocalyptic twilight zone, written and directed by a terrible filmmaker named Julia Hart. She’s no Rod Serling.

The setting is a futuristic landscape of barren futility and spirited despair where it hasn’t rained in eight years, crops have burned up in a holocaust and a jug of costs $56. A battered lady named Ruth (Mbatha-Raw, who hasn’t made a decent film since Belle) is on the lam from the law, hunted and terrified for her life by the cops because she hides a secret talent for conjuring violent earthquakes that leave giant holes in the ground the size of city blocks. She hates her talent as a visionary, so it’s no wonder she’s been stinking drunk for years.

Escaping one near-fatal encounter after the next, she finally returns from a life lived in roadside diners, cheap motels and gas station toilets to the shell of a home she left behind, where her mother Bo (Lorraine Toussaint) and daughter Lila (Saniyya Sidney) also have extrasensory powers. Bo can stare at the sky and make hurricanes, tornados and rainstorms. Lila can fix electrical appliances and car engines with her magic fingers. There is also a father (the excellent David Strathairn, in the worst role of his distinguished career), but he’s the sheriff, so even his family is far from safe in his company. Strathairn is criminally wasted hovering around in the background.

The title Fast Color is just as meaningless as everything else in the movie, which hobbles along stretching the parameters of female empowerment to pad out the running time but fails to hold audience attention. Everything leads up to a showdown between the three women and the evil law enforcement officers who want to prevent them from destroying the planet.

It ends in a burst of gunfire that leaves the main street looking deceptively real but creepily otherworldly. Grandma Bo narrows her eyes like an accountant who doesn’t trust the new Trump tax laws, and suddenly a pouring rainfall crashes down from the heavens above. If she had the power of a rainmaker, why did she wait eight years?

“A new world is coming,” says Grandma, “this is only the beginning.” I have no idea what she means, but I fear she’s talking about the end of movies with beginnings, middles and ends. Say it isn’t so, Bo. 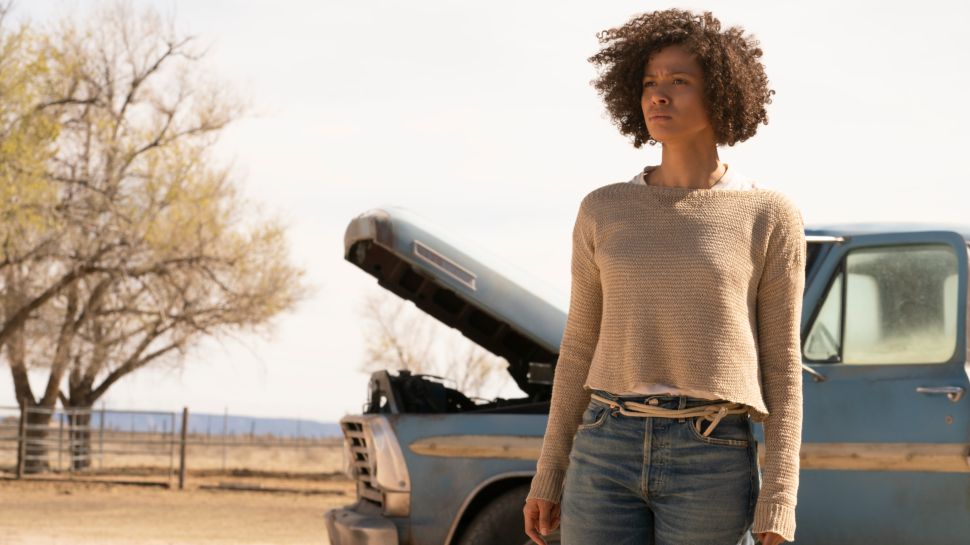