Former Fleetwood Mac singer and guitarist Lindsey Buckingham is ready to go his own way—that is, away from his longtime Brentwood compound. Buckingham and his wife, Kristen, have owned the 1.2-acre property since 2006, but now they’re preparing to say goodbye.

Buckingham, who split from Fleetwood Mac last year shortly before the band embarked on their latest tour, has listed the sprawling estate for a staggering $29.5 million, a serious markup from the $6.6 million he paid for the property in 2004. It is entirely custom, however; the Wall Street Journal reports that the musician designed and built the entire 10,000-square-foot home after acquiring it.

The seven-bedroom house is hidden behind double gates and has French doors throughout, per the listing shared by Hilton & Hyland’s Jeff Hyland and Coldwell Banker’s Jade Mills. A formal foyer contains a wood-burning fireplace and a two-story stairwell tower with a spiral staircase.

The main level of the home includes formal living and dining rooms, each with a fireplace, as well as a wood-paneled den with built-in bookshelves and a billiards room. The farmhouse-style kitchen is equipped with stainless steel appliances, marble counters, backsplash, a wood-topped center island and a breakfast room. The master suite, which occupies its own wing, contains a private entrance, a sitting room, a fireplace, walk-in closets, a dressing room and a bathroom.

There is an extra guest suite with a separate entrance above the garage; it’s composed of a bedroom with a fireplace and a bathroom. The lower level of the garage is, fittingly, configured as a fancy recording studio.

The backyard is filled with a number of both covered and open patios. Residents can enjoy all the lounging and dining areas, as well as a built-in barbecue and a fireplace. The pool has its own ivy-covered pavilion, and there’s also a tennis court and a gym.

Hyland told the WSJ that the Buckinghams are selling the home because their “kids are off at school and they are downsizing.” They are also nearly done building another home nearby, which they’ve been constructing for the past two years. Indeed, the Buckinghams are quite fond of Brentwood, as they’ve owned a number of properties in the Los Angeles enclave. Almost exactly one year ago, they sold a custom 11,192-square-foot mansion in the area for $19 million. 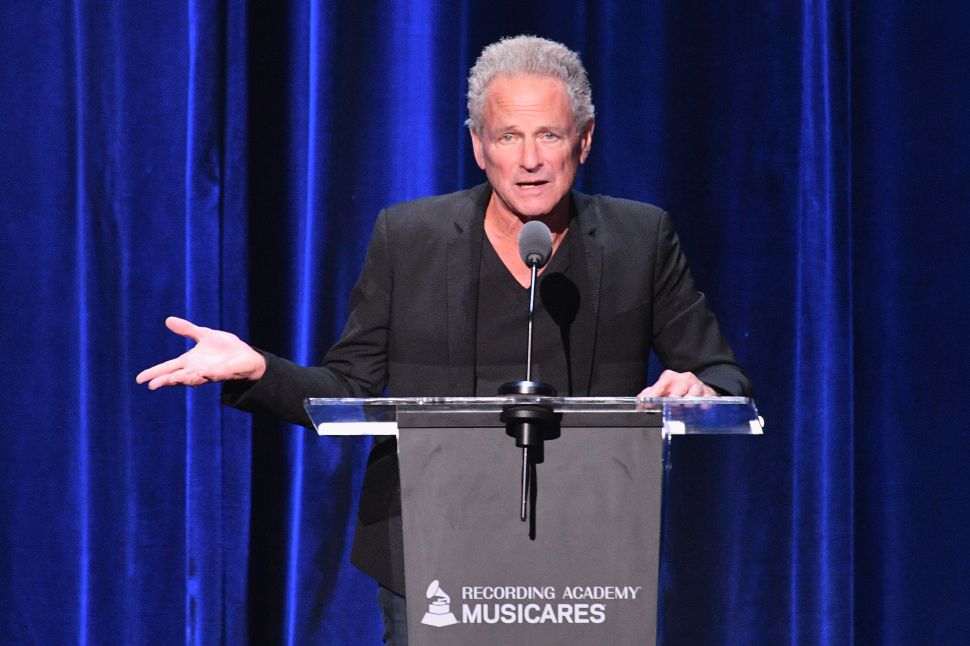