If you thought it was impossible to get more over-the-top than a Four Seasons private plane, you’re in for a big surprise. The luxury hotel group has just revealed plans to launch a new-and-improved, entirely customized private jet set to take flight in 2021. Travelers can begin booking flights in the middle of this year; pricing on the current jet starts at $147,000 per person.

The forthcoming aircraft is a completely bespoke A321LR, with the widest and tallest cabin in its class.

The plane features 48 custom, Optimares-designed, handcrafted seats with Italian leather by Poltrona Frau. The layout is intended to allow passengers to socialize, with details like personal ottomans at the end of each seat and a lounge à la Emirates Airlines’ premiere cabins, where culinary, mixology and wellness experts will hold interactive workshops.

Passengers on this flying chariot never have to deal with the true horror show that is a commercial-flight economy bathroom; its loos are “residential style,” with marble countertops, Four Seasons products and leather accents.

In addition to the crew, guests can call upon a Four Seasons concierge, a director of guest experiences and a doctor.

The group’s first private plane, which it unveiled back in 2015, takes 52 wanderlust-driven (and extremely wealthy) passengers on customized, über-posh experiences around the world for a few weeks at a time. As expected, they stay in Four Seasons hotels during their multi-leg journey.

Its itineraries vary. One upcoming 2020 adventure starts in Seattle and goes to destinations like Kyoto, Marrakech, Budapest, St. Petersburg, Paris and the Maldives, with activities like a hot air balloon ride, a trek up the Atlas Mountains and a dinner at the three-Michelin-starred restaurant Le Cinq.

The custom journeys for the new jet won’t be announced until later this year. So to be determined if the brand will top its casual samurai sword-fighting lesson in Kyoto. 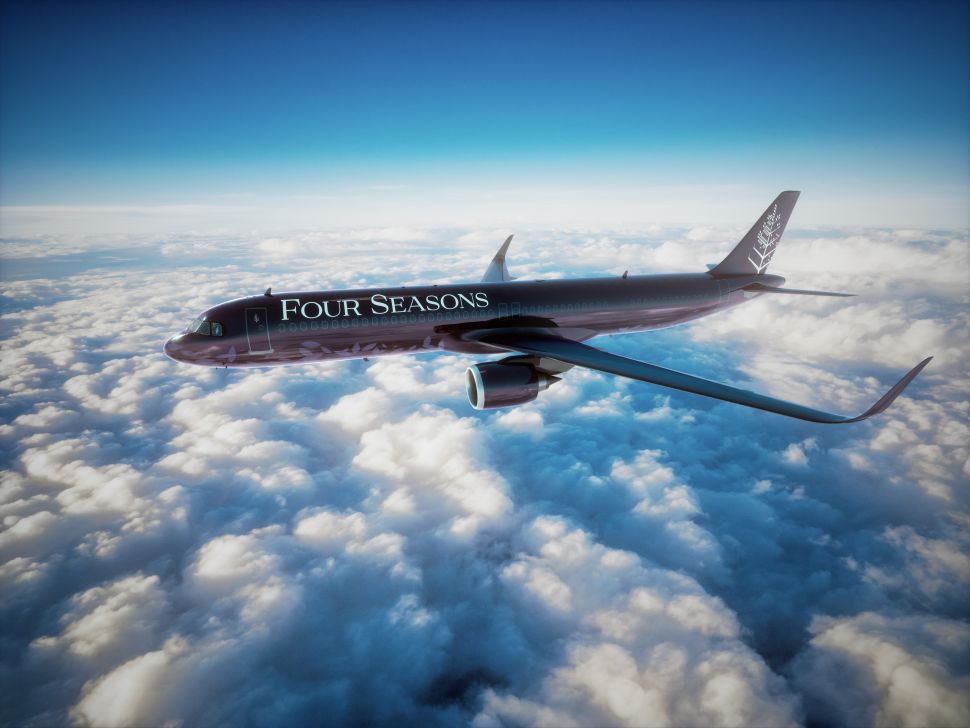