Michelle Dorrance and her gang were just back in town at the City Center and looking like themselves—a welcome sight after the disaster of her “ballet” for ABT last year. Not everything that she/they did was out of her top drawer, but everything was highly charged and essentially pleasing. She began with Jungle Blues, half a dozen years old but new to New York—a group effort featuring music by Jelly Roll Morton and a phenomenal solo by Christopher Broughton who slid and leaped and lunged and stole the show. The piece itself is propulsive and effective, though it doesn’t really add up structurally—it just keeps tapping along.

Dorrance herself was as always a happy, confident presence—her smile seems to come from deep inside, from the joy of dancing, rather than being pasted on in order to charm audiences. And has there ever been a dancer who deploys her knees so brilliantly? (That’s most apparent in another piece, Three to One.) She also manages to be both dominating and one of the gang—a modest and generous powerhouse.

A new piece commissioned by City Center, Basses Loaded, shows her strumming away with her brother, Donovan, on the electric bass—they and two doubles bassists, accompanied by four of her leading dancers, constitute the loaded basses. Ingeniously, the instruments weave among the dancers—surprisingly, it works!

And then there’s beloved Bill Irwin—first, in Lessons in Tradition, soft-shoeing and generally fooling around with Dorrance and Kate Davis (who’s singing “Tea for Two”); then, in another world premiere, presiding over Harlequin and Pantalone, a commédia del’arte skit. Rubbery Warren Craft is both the tall hapless Harlequin and the shrunken mean Pantalone, doing dementedly quick changes behind a curtain while Irwin, who wrote and choreographed, explains drily what’s going on. It’s a lot of fun, but there’s just too much of it. I guess if you’re the writer, the choreographer and the star, no one can tell you that enough is enough.

Finally—climactically—a big, explosive company piece made in 1997 by Brenda Bufalino, who carried the torch for tap in the latter decades of the last century and knows how to put a dance together. She was clearly an inspiration to Dorrance, and here was Dorrance’s generous tribute to her, lustily appreciated by the City Center audience, which always likes everything but—as with most audiences—likes best things best. Jump Monk (music by Charles Mingus) has got a structure, and one that gives solo opportunities to all the highly individual performers who make up Dorrance Dance. Bufalino, who staged her own work, was on hand, looking very happy!

Speaking of tap, the big tap sequence in the recent Encores! production of I Married an Angel was by far the best dance number in the show—I believe that tap is a specialty of the choreographer, Joshua Bergasse. Also, a big group of synchronized tappers is always a hit, the way can-can numbers were a million years ago. The rest of the choreography was really dreary, completely generic, especially so when it tried to be balletic (the same problem Dorrance had in her misadventure with ABT). Since the star of the show was City Ballet ballerina Sara Mearns—who happens to be married to Bergasse—this was doubly unfortunate.

Equally unfortunate was the show itself. A considerable hit for Rodgers and Hart back in 1938, it reveals itself today as having a really stupid book: a disillusioned young banker will only fall in love with an Angel, and lo and behold, an Angel floats down from Heaven to the rescue. Utterly unconvincing complications arise. The whole thing, by the way, is set in Budapest, presumably because the story is adapted from a Hungarian play. (Was Hungary on their minds due to the popularity of Ferenc Molnár’s Liliom, which years later Rodgers, with Oscar Hammerstein, transmuted into the gold of Carousel?)

The original production of I Married an Angel had an all-star cast, headed by Vera Zorina, Dennis King and Vivienne Segal. More to the point, it had choreography by George Balanchine, the third Rodgers and Hart show he worked on, after On Your Toes and Babes in Arms and before By Jupiter. Balanchine was then madly in love with Zorina, whom he was soon to marry. “In the same spirit,” says the Encores! program, “Josh Bergasse has choreographed this production for his wife Sara Mearns.” How to state the obvious without being cruel?

The Encores! production was busy, busy, busy without being fun. But it’s not the production’s fault that the score is one of the weakest that Rodgers and Hart ever turned out. There’s one great song (“Spring is Here”) and one hummable one (the title number). The rest is dross, including the endless production number, “At the Roxy Music Hall”: The more Bergasse piled on, the more tedious it became.

But there was a saving grace, and that was Sara Mearns herself. She’s a dancer I rarely like, she isn’t a singer or an actress, but here she was great-looking, charming, and likeable. And funny! (It wasn’t until Garbo’s twenty-third MGM movie that the studio—and Lubitsch—realized she she could be funny, hence Ninotchka!) Mearns looks both gorgeous and cute in her white outfits and huge angel wings (she loses them after she loses her innocence—shades of La Sylphide), and she’s effective in her big singing number opposite a clutch of her angel pals who’ve come down to Earth to help her out. Yes, it looks as if she’s been rehearsed within an inch of her life, drilled in every inflection and gesture, but so what? She prevails. What a surprise—and what a relief!—to be charmed by a performer you’ve never really fallen for. It’s no fun disliking a dancer.

A few weeks ago, Diana Byer’s New York Theatre Ballet company presented a mixed bill with mixed results. Something called The Elements of Style (yes, after William Strunk and E. B. White) was trivial, but the performance of Merce Cunningham’s Scramble, from 1967, was honorable and welcome, and the central woman—the Carolyn Brown role—received a bold, strong performance from a newcomer named Mónica Lima. The event of the evening, though, was a new work by the superb British choreographer Richard Alston called The Seasons, to a 1947 score by John Cage for Cunningham. Alston’s version is a beauty—fluent, flowing, inventive—and perfectly suited to Byer’s small but select company. Alston’s own excellent company will be shutting down in 2020—the British Arts Council is withdrawing its funding. But what you can expect from the country that brought us Brexit? 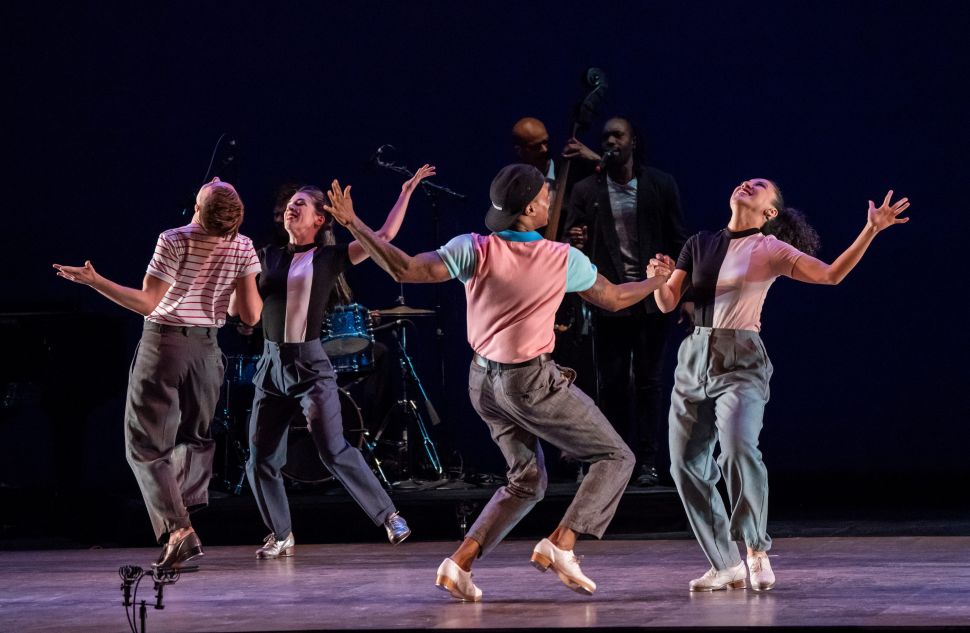